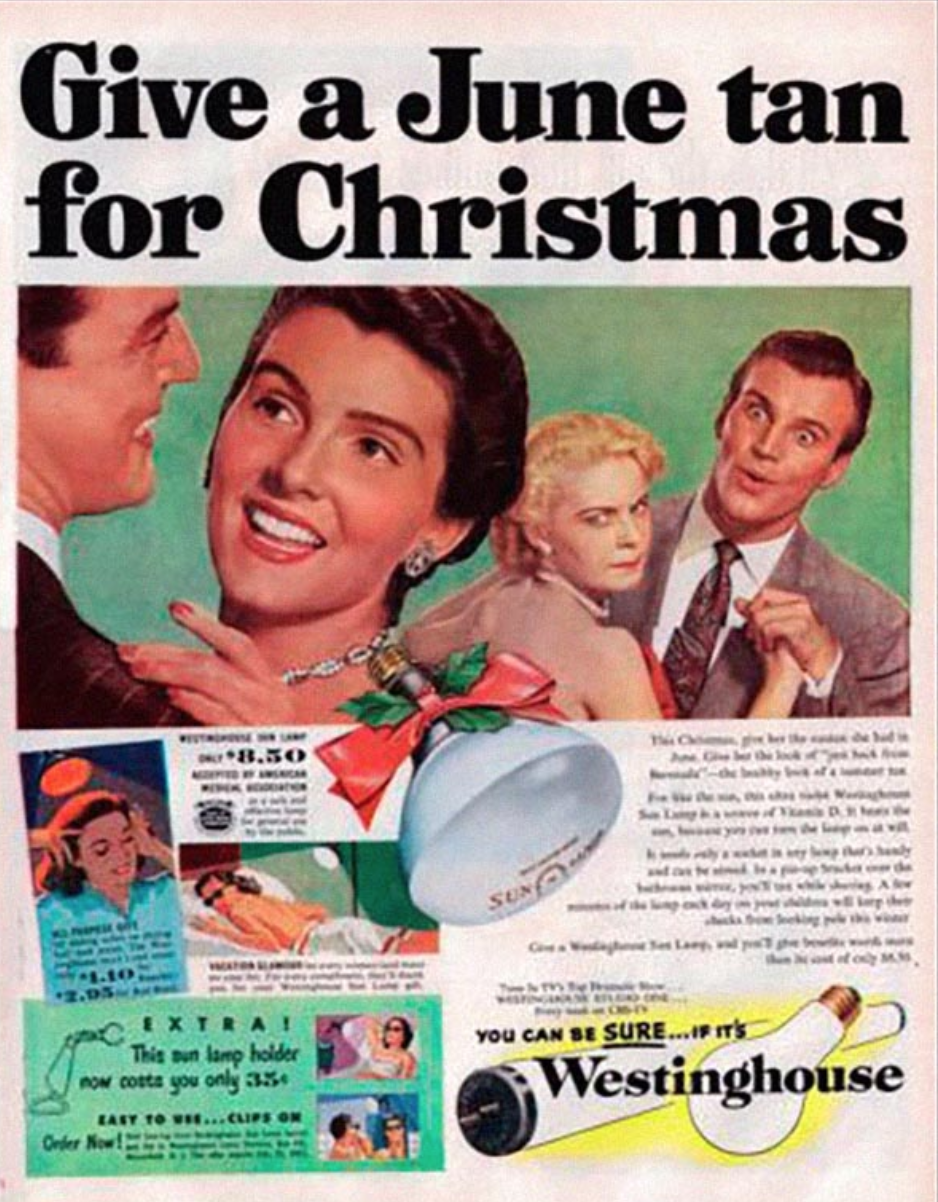 "Give a June tan for Christmas" (1952 Westinghouse Sun Lamp ad)

“I want to get crispy.” That’s what I kept telling people in advance of my recent vacation to Jamaica. I was going to sit on the beach, sip mimosas, and suntan as if I were a Kardashian.

Growing up in a sun-loving Canadian culture, tanning felt like a way to fit in. A 2009 study of Chinese Americans in California noted that even though traditional Asian cultures valued light skin because they associated tans with manual labor, the more westernized individuals felt, the more likely they were to feel that tans were attractive — since it is associated with leisurely lifestyles in the West — and actively lie in the sun.

Though this study looked specifically at Chinese Americans, this sentiment seems to also apply to some South Asians in the diaspora. I recognize that tanning is itself a privilege — afforded to folks with lighter skin and the lifestyles to afford beach vacations. At the same time, tanning was literally my way of throwing shade at problematic “Fair & Lovely” beauty ideals within the Indian community, while also attempting to blend into North American culture where bronze skin is considered beautiful. Yet, until recently, I didn’t consider the consequences of my sun-seeking behavior.

My skin has always tanned quickly; I would get visible lines just from playing outside at recess or spending the day at an outdoor shopping mall. I wore these marks like badges of honor. They were proof that — contrary to my white friends’ assertion that it is impossible for me to tan because I was "born brown” — my skin did, in fact, bronze in the sun just like theirs. Tanning was simultaneously my way of rebelling against the aunties who were against my skin tone changing from “wheatish" to dark. Sunscreen was not part of the equation.

For South Asians growing up in the West, tanning can be a way of fitting in. Yet, the diaspora is only now just waking up to the importance of sun protection, especially since it isn’t necessarily getting this information from older generations or sunscreen ads.

“There’s a broad feeling among people with skin of color, but also within the South Asian community, that rules related to sun protection don’t apply to them, that they don't have to worry about sunburns or skin cancer, and that’s totally false,” dermatologist Dr. Sonya Kenkare told me. She notes that, until recently, most public service announcements and ads for sunscreen exclusively featured white people, inherently promoting the idea that people of color didn’t need these products. 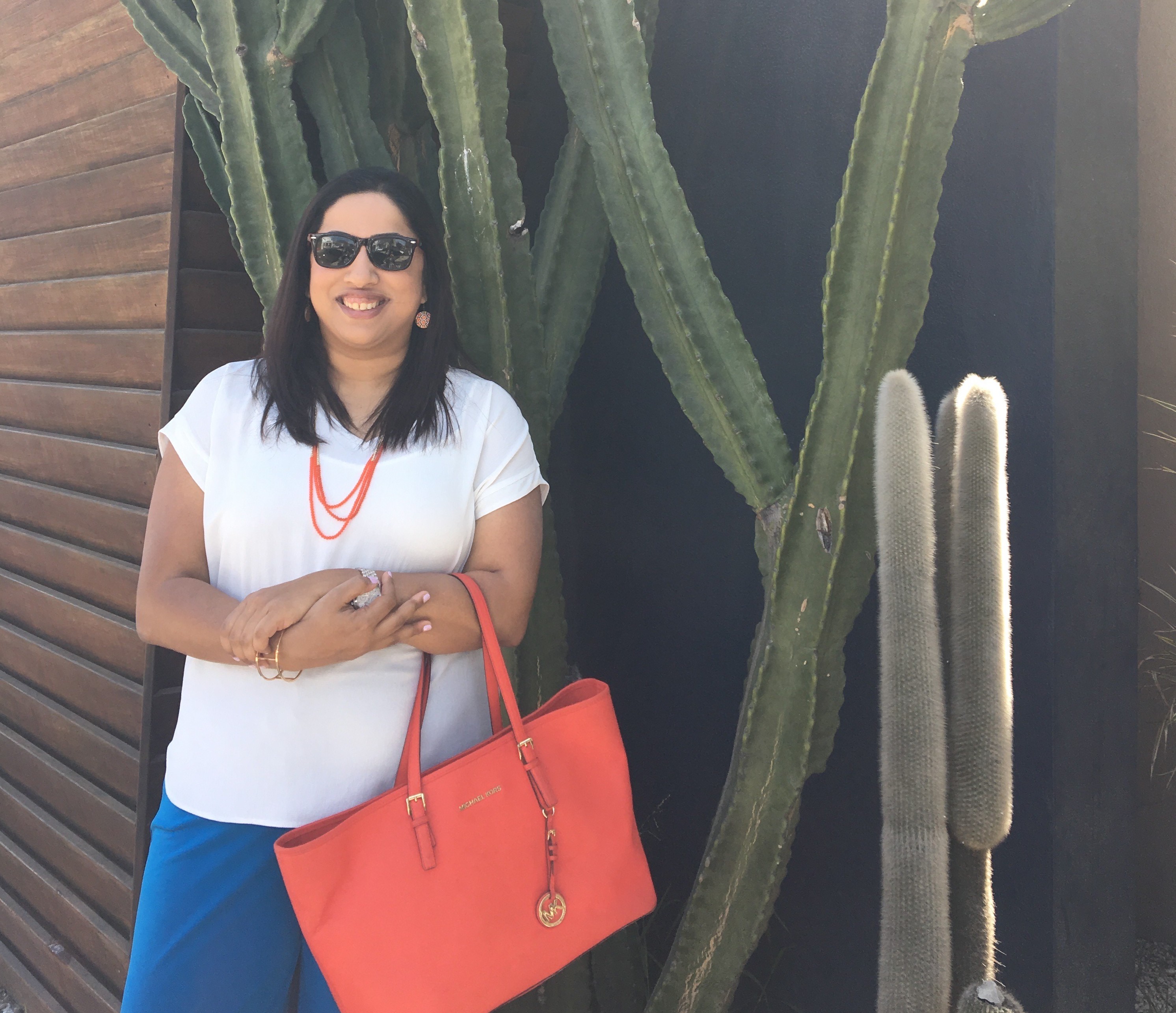 There’s also the general misconception that having dark skin inherently protects us from the sun. Rohini Mukherji grew up in Muscat, Oman, less than 10 minutes away from the beach, and spent her weekends swimming. Even though temperatures in Muscat can soar well over 100 degrees Fahrenheit in the summer, Mukherji never wore SPF because even though her nose would often peel after a day in the sun, she was raised with the misconception that brown people don’t burn. She remembers bringing sunblock on a family vacation because one of her white friends had repeatedly stated its importance. In response, Mukherji’s grandparents mocked her, saying, “Of course, we don’t need that.”

Like Mukherji, I grew up thinking that my brown skin made me invincible to the sun. While melanin pigment can reduce the chance of sunburn, Kenkare emphasizes that it does not eliminate the risk of unprotected sun exposure. Dermatologists break skin shades down into six types, known as the Fitzpatrick scale, with the lightest (Type I) described as skin that always burns and never tans, and the darkest (Type VI) described as black skin that tans profusely and never burns. The CDC found that sunscreen use was particularly low among people with less sensitive skin, such as those with skin Types III and darker, where most South Asians, including myself, fall. “There is just as much risk of getting skin cancer from the sun for people of South Asian descent,” Kenkare warned.

It took a trip to Hawaii when I was 25, and some serious shoulder, chest, and nose burns, for me to start using sunscreen regularly, but for Karthik Baskaran, sun protection was ingrained in him from an early age. “When I was younger, my parents would lather me up and I would essentially have this coat of sunscreen,” the 28-year-old who now lives in Louisiana recalled. As a teen, Baskaran’s parents advised him to pass on outdoor activities.

For Baskaran, using sunscreen and avoiding the sun weren’t related to concerns about skin cancer — it was so he wouldn’t get “too dark.” That’s the same sentiment Palika Makam grew up hearing from her parents, originally from Bangalore. In her family, her grandmother, mother, and sisters were fairly light-skinned, “comparable to someone who’s North Indian,” she said, explaining that the descriptor was a point of pride because of her family’s South Indian heritage. Living in Chicago, her family would bask in the sun whenever possible, but she recalls an “unspoken rule” that she wasn’t meant to stay out for too long. 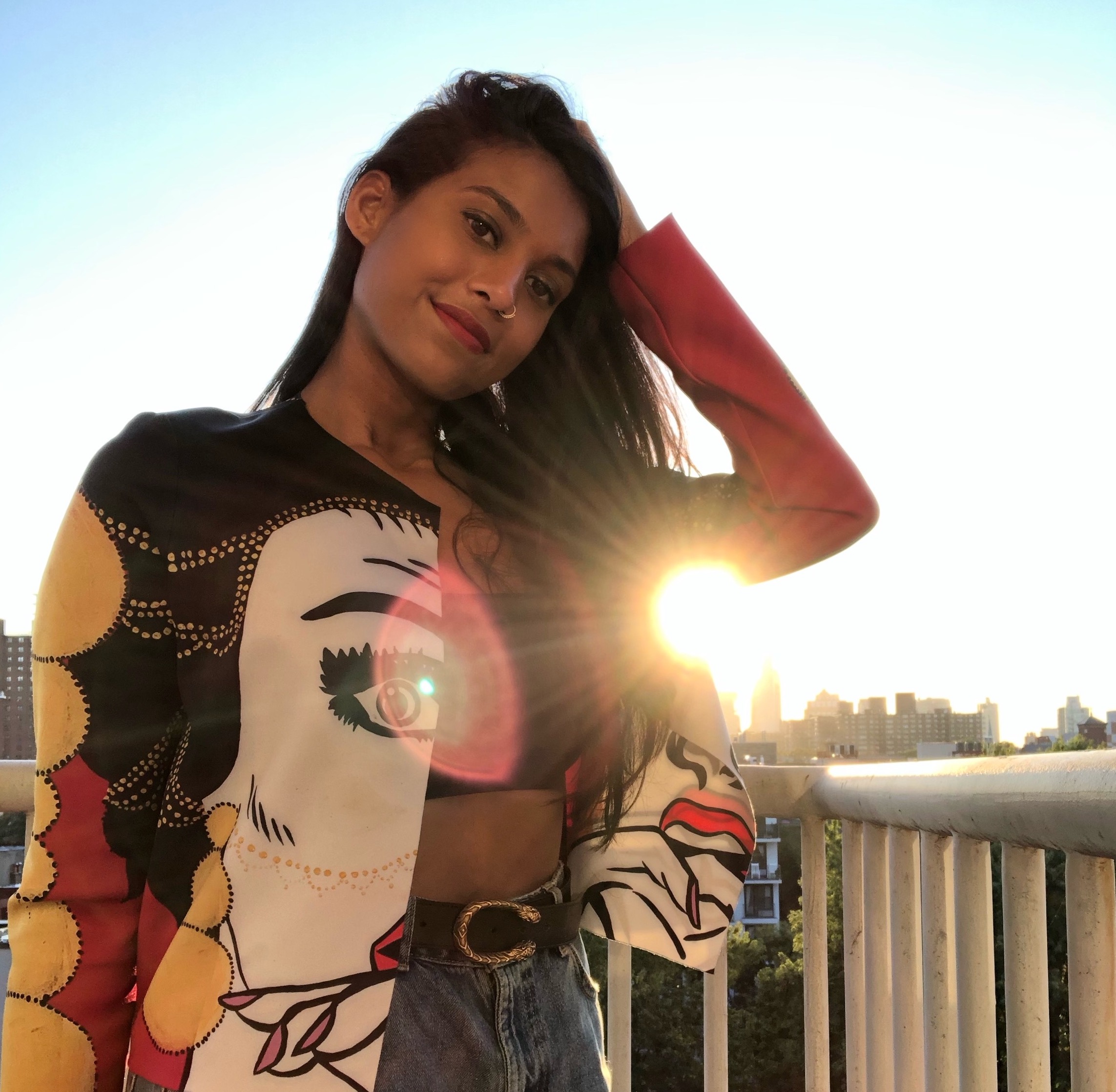 This type of active sun avoidance, in addition to skin pigmentation and diet, has been cited as a potential reason for the demonstrably low vitamin D levels among South Asians living in North America, Europe, and Australia, which can negatively impact bone health. But for some, taking Vitamin D supplements is a small price to pay for sun protection or avoiding getting darker.

For South Asians born and raised in the U.S., identity is influenced by both the American and Indian cultural systems, writes University of Pennsylvania researcher Radha Modi, who conducted 120 in-depth interviews with second-generation South Asians in America about their skin color. Speaking with 50 men and 70 women from New York City, Long Island, and northern New Jersey, Modi found that perceptions of skin color from the homeland, such as the pressure to use skin lightening products, were transmitted by the first generation and relatives abroad. For many participants in the first generation, telling their children not to tan was viewed as a way of protecting them from post-9/11 racism as well as enabling them to have a higher status in American society. Skin lightening and sun protection were, therefore, ways of managing skin color — perhaps why Kenkare, Baskaran, and Makam were all given Fair & Lovely products by their parents.

“For the first generation, you carry a lot of the trauma and the shame and guilt of your parents. Second generation, you have some space from it,” Makam told me. Though she grew up unconsciously internalizing the idea that having a tan was a bad thing, Makam has since learned to embrace her skin color and the sun — and calling out the shadeism in her family. On a recent family trip to Mexico, her mom was about to make a comment, recalled Makam. “I could see her stop herself and reframe it as, ‘you should put on sunblock if you’re going to be in the sun’ not ‘you’re going to get too dark if you’re going to be in the sun.’” 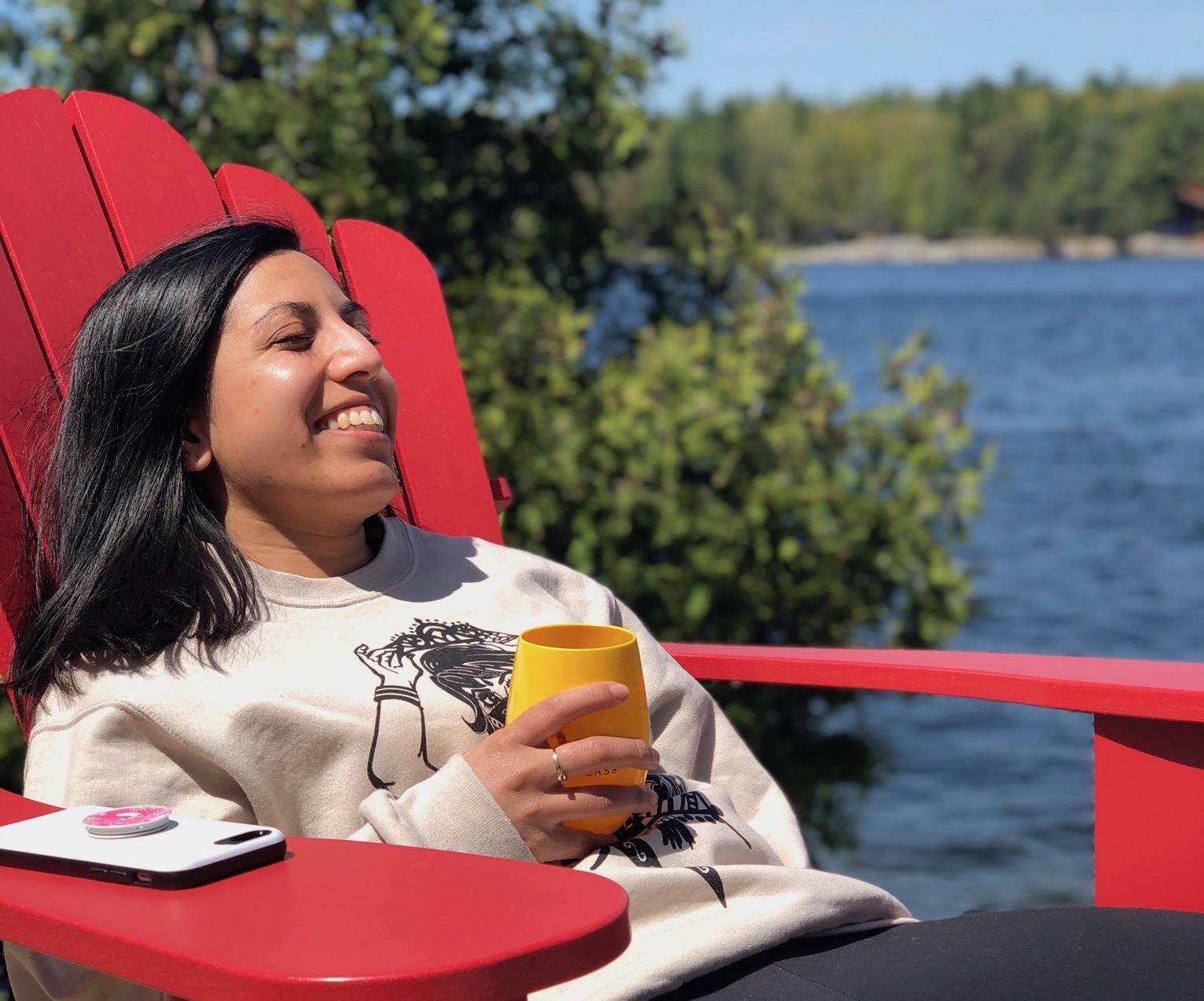 Conversations like these are helping to raise awareness about the importance of sun safety among South Asians and other people of color, said Dr. Seemal Desai, a dermatologist in Dallas, Texas and former president of the Skin of Color Society. Desai notes that there is no such thing as a ‘health’ tan. Any amount of shade change is considered skin damage. And for South Asian patients who are still skeptical about the need for sun protection, Desai points to the fact that UV exposure not only increases the risk of skin cancer, but also ages the skin. “You may not always get sunburned, but there may be increases in fine lines and wrinkles, discoloration, and hyperpigmentation,” he said.

Regardless of where an individual falls on Fenty’s foundation range, Desai and Kenkare recommend that sunscreen (at least 30 SPF) be a part of everyone’s daily skincare routine. Kenkare recommends sunscreens with titanium dioxide and zinc oxide because they’re physical blockers, meaning that they’re not absorbed into the skin and therefore not as irritating as chemical blockers. I’ve often steered away from these products because they leave my face looking ashy, which isn’t exactly great for vacation photos (vain, but true). Thankfully, as the skin care industry becomes more inclusive, sunscreen brands have created lines specifically for people of color — such as products that contain physical blockers, but are also tinted. Meaning there’s really no excuse not to lather up.

Though she didn’t grow up using sunscreen, Mukherji added sun safety to her skincare regimen in her 20s. Now 37 and living in Toronto, she continues to enjoy the sun and describes using regular sun protection as a “coming-of-age thing” in the same category as starting a savings account and upgrading from drugstore beauty products. That’s why, despite my mission to “get crispy” in Jamaica, I also packed two bottles of sunscreen for the one-week trip — because maybe the best way to embrace my skin is simply to care for it.

Ishani Nath was born and raised in Ontario, Canada, though that's never stopped Uber drivers from asking her where she's *actually* from. She is currently a freelance writer and editor who has appeared on CBC and has bylines in FLARE, Maclean's, and HuffPost. Getting to cover everything from the latest must-see movie to the cultural significance of Indian jewelry for second-gen kids is the reason why Ishani loves her job — even on Mondays.