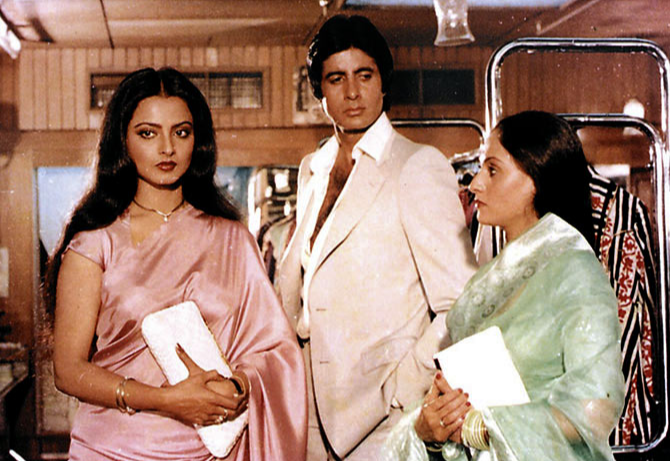 Rekha, Amitabh Bachchan, and Jaya Bachchan in 'Silsila', a 1981 film by Yash Chopra

It was 1971. Actor Jaya Bhaduri was 23, and her star was rising. With four film releases, she had solidified her image as the sweet and sassy girl-next-door character. Audiences couldn’t get enough of her endearing childish antics in Guddi (1971) and Uphaar (1971). She had a Filmfare nomination and a Filmfare win for best actress, and it was up and up from there.

That year wasn’t going to be a professional success alone. On the set of Guddi, she would meet another rising star who was there for a cameo. Amitabh Bachchan had debuted six years after her, and though he had acted in more films, Jaya was arguably the bigger star. Their acting caliber and onscreen chemistry were not the only perfect match that day, and the two clicked immediately. Their love story turned into marriage after they both starred in box office super hit Zanjeer (1973) — which won four