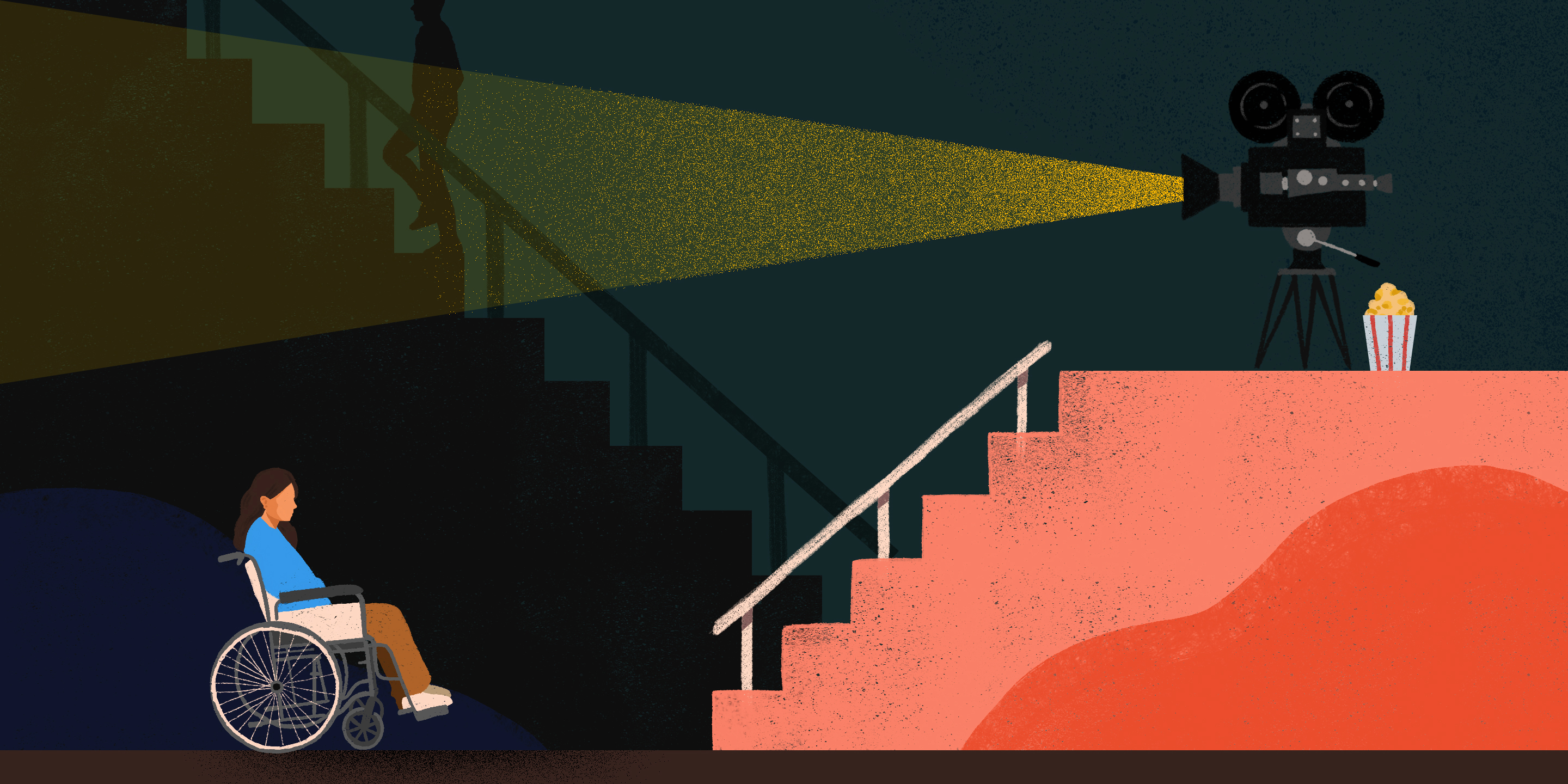 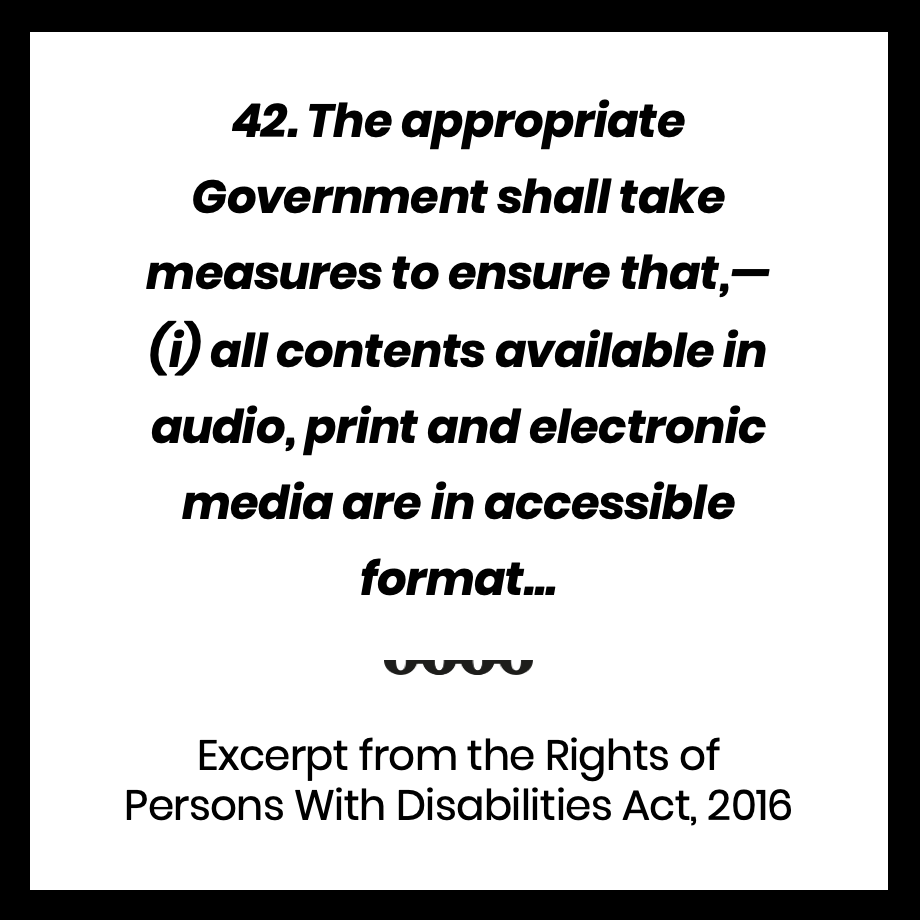 Excerpt from Rights of People with Disabilities Act

Despite portrayals of disability in mainstream Indian cinema — Anushka Sharma and Kalki Koechlin played wheelchair users with cerebral palsy in Zero (2018) and Margarita with a Straw (2014), respectively — the real-world nexus of disability and moviegoing is frequently ignored.

India produces nearly 2,000 films annually, but the vast majority of them are usually inaccessible to people with mobility, visual, and hearing impairments. The Indian Parliament passed the Rights of Persons with Disabilities Act in December 2016, a legislation aimed at improving disability accessibility, but few businesses have adopted such measures ahead of the Act’s July compliance deadline. In the meantime, disability activists are pushing for solutions.

According to actress, model, and activist Virali Modi, a wheelchair user who works for disability-friendly travel agency Enable Travel, 95-98% of the movie theaters she has audited are inaccessible to those with disabilities.

As an actress, she’s also faced plenty of casting issues. Able-bodied actors are often cast in disabled roles because they tend to have more box office clout. Modi has either been cast or almost cast, only for the roles to fall through due to her