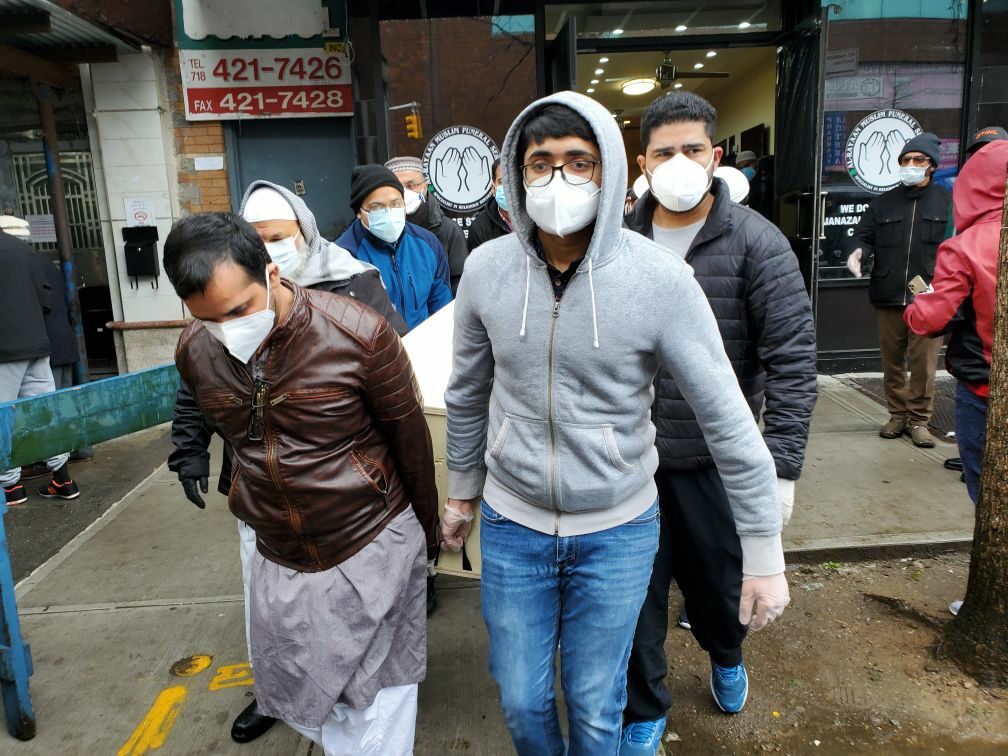 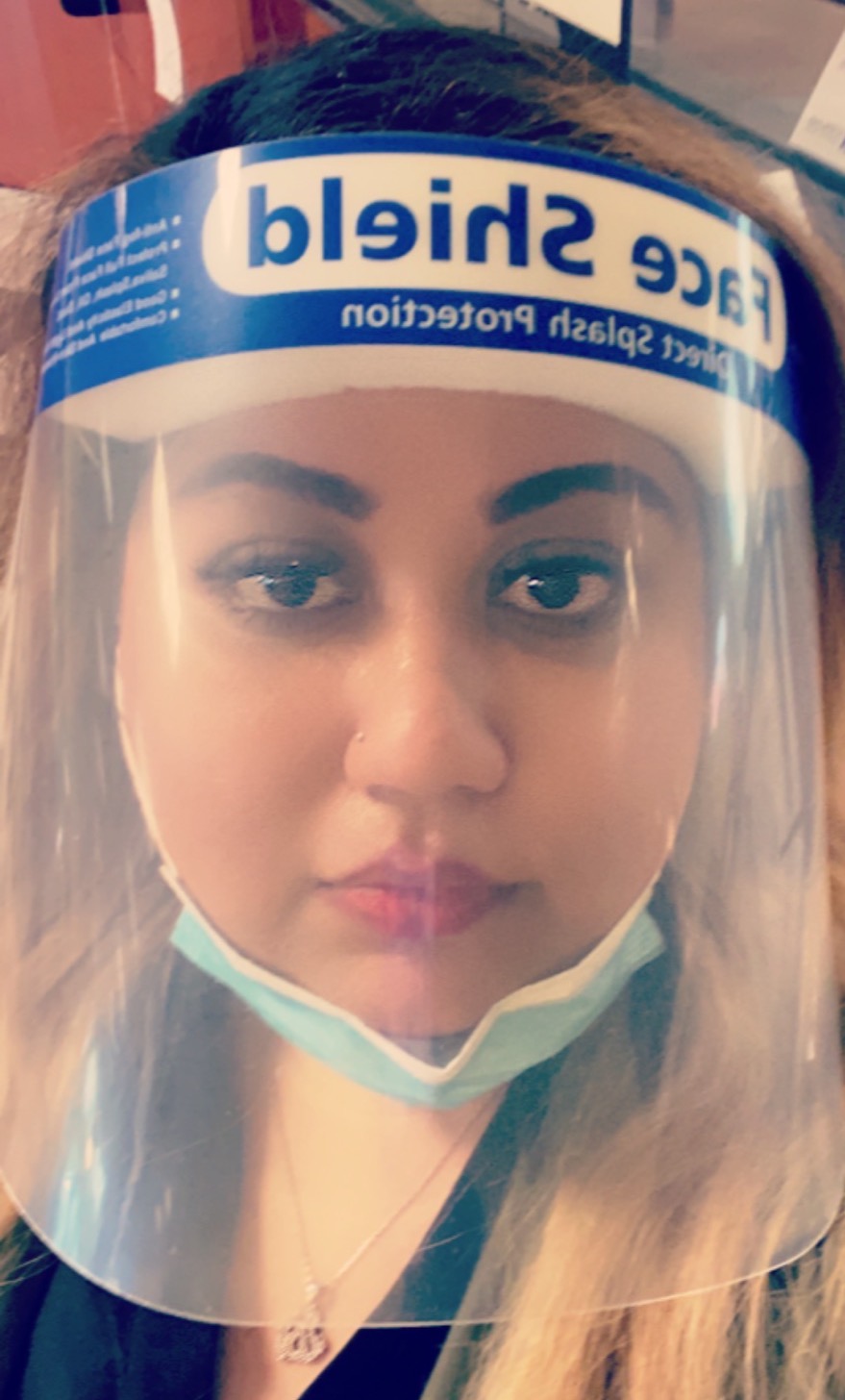 Jannat Shaon is a bank teller at a commercial bank in Astoria. (Jannat Shaon) 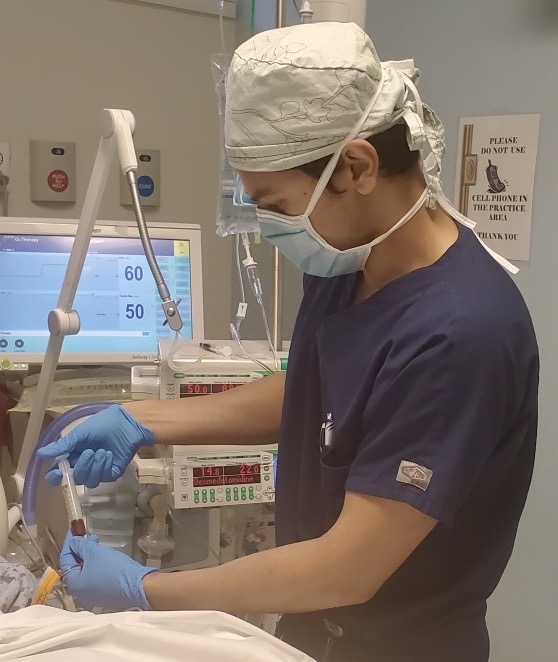 Niloy Iqbal is a medical resident at Jacobi Hospital in the Bronx. (Niloy Iqbal) 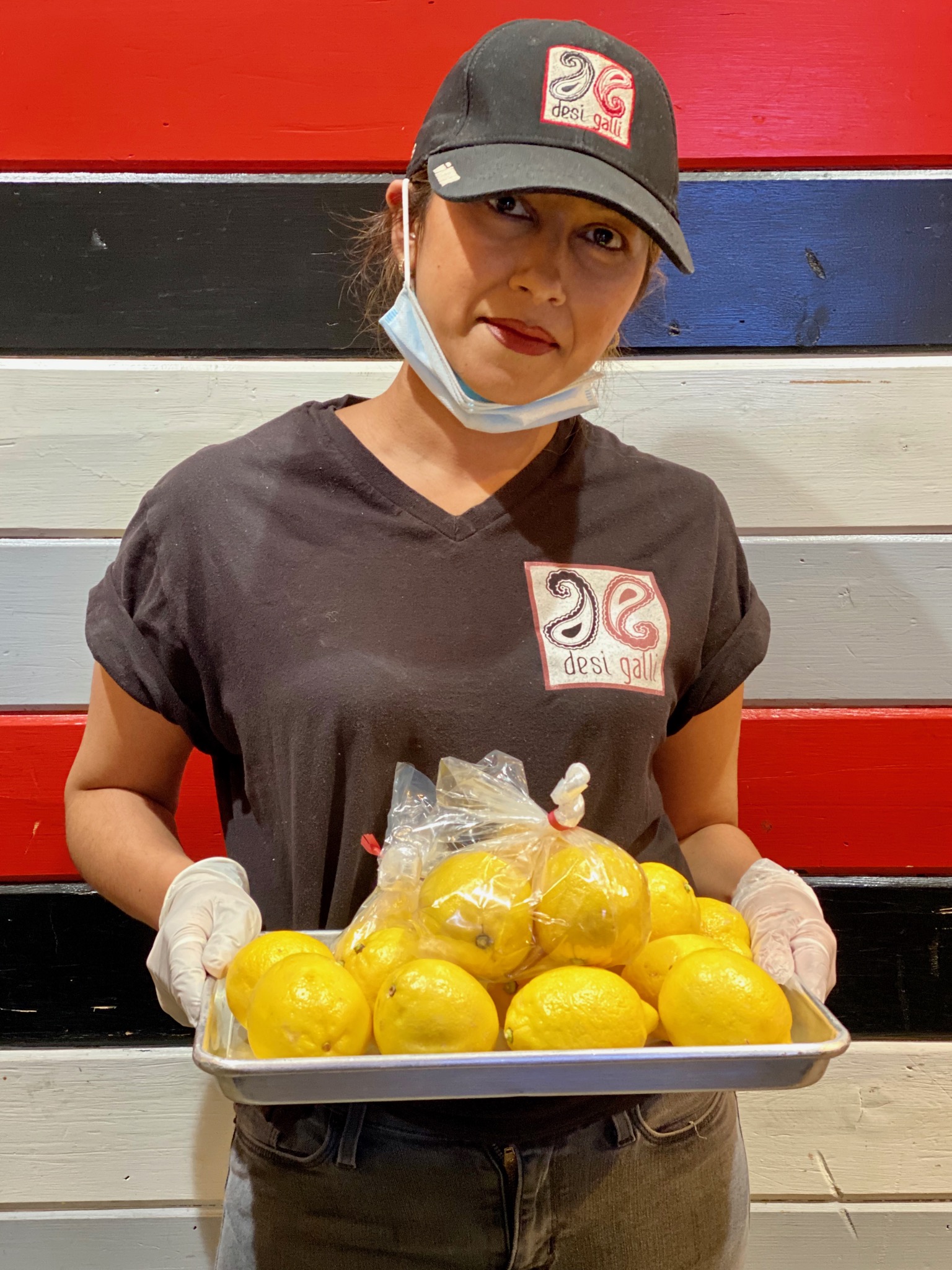 As COVID-19 sweeps the city, it’s not just healthcare workers who are stepping up to fill essential services.

Chances are, a South Asian is helping fight the coronavirus on the frontlines of any given American city. For most Americans, this fact would conjure up pictures of doctors in scrubs next to hospital beds (one in 20 doctors nationwide are of Indian origin and South Asians are prevalent across healthcare) — but that would be far from the truth.

In urban areas, South Asian frontline workers are also taxi drivers logging on to Uber to transport those still moving about, deli owners installing sneeze guards and stocking stores daily, and community organizers distributing food and masks across neighborhoods. Many of these roles receive far less recognition than their healthcare counterparts.

The work of these South Asians becomes even more apparent in a city like New York, home to a little over eight million, where the number of confirmed COVID-19 cases (178,766) is higher than the total number in either China’s (84,010) or India’s (70,765) billion-plus populations. Queens, which houses the city’s — and the country’s — largest concentration of South Asians, has more than 55,000 COVID-19 cases, the highest of any county in America.

Officials have shut down New York City to limit the spread of the virus, but essential employees, many of whom are South Asians, are keeping its cogs moving. Some, like Bobby Khan, 59, a community organizer in Kensington, Brooklyn, are supporting the needs of entire communities by distributing food and protective gear, and helping with funerals. Sometimes, Khan pays for things out of pocket.

Khan lives in a community of mostly Pakistanis, and many have lost their jobs. Some are undocumented and will not receive stimulus checks, which provide a maximum of $1,200. Khan said these homes often have many people living in close quarters.

“Each day, it’s unexpected and someone new — an uncle, an aunt, a friend. It’s hard to tell who will die next,” he said. Lately, Khan’s mornings start with an urgent call, after which he dons a mask and gloves, drives over to a community member’s home, and transports a body to a burial ground.

Khan lives with his daughter and wife, who worry about his health. “This is work I have to do,” Khan said. “I can’t think of any other way.” Though New York provides hotels for essential workers, many said they did not want to leave their families alone.

There’s yet another misleading narrative at play, according to Yousra Yusuf, the president of the South Asian Public Health Association (SAPHA) — that most South Asians are well off and can afford to socially distance or to take time off work, or that there will be someone to take care of their families.

In 2018, Pakistanis (27.7%) and Bangladeshis (27.4%) experienced the highest poverty rates among Asians in the five boroughs, higher than the city’s overall rate (17.3%). South Asians not only hold the highest number of H-1B “high-skilled” visas, but also are the fastest-growing group of undocumented workers and have been recipients of diversity visas for decades.

“We are disproportionately affected,” Yusuf explained, “even just bringing up neighborhoods considered the epicenter of the disease, like Corona and Jackson Heights [in Queens], where 8% to 20% of the population is South Asian American.”

Jannat Shaon is a bank teller at a commercial bank in Astoria. (Jannat Shaon)

Jannat Shaon, 31, is an associate at a retail bank in Astoria, in western Queens. “My dad is a diabetic and he’s on dialysis,” said Shaon, who lives with her father in Jamaica, in eastern Queens. On a regular day, her commute takes over 90 minutes. Shaon would have stopped working, but it isn’t financially feasible. Many of her co-workers have contracted coronavirus, and the business is short-staffed. “I've been taking Ubers and paying out of my pocket because I don't feel comfortable taking two buses and two trains to get to work.”

Akil Gubbi, 36, an electrical engineer who is still going to work in Long Island — outside the city — has had to take extra precautions because he lives with his mother in Queens. “Staying safe adds a lot of extra time,” explained Gubbi. “I’m washing my hands extra, I keep Lysol in my car, I think about everything I’ve touched. It takes me another 30 to 45 minutes a day.”

Yusuf emphasizes that there is no single type of South Asian — understanding the health of South Asians requires addressing the community’s diversity, whether it’s the wide range of diets, the many types of jobs that people hold, or the different neighborhoods that they populate. “South Asians have higher rates of diabetes, why is that?” Yusuf asked. “It might be their diets. It might also be that they don’t have access to food, or they’re in food deserts, or maybe they don’t have enough space in the house to cook.”

“We’ve had a lot of Bengali patients,” said Niloy Iqbal, a medical resident at Jacobi Hospital in the Bronx. “I just treated one yesterday.” Iqbal came down with coronavirus in early April and had to be isolated from his mother, with whom he lives in Queens. She had stopped going to work at her grocery store but she still contracted the virus. “Thankfully, she’s better now,” Iqbal said. “I stayed away from her at my friend’s in the Bronx.”

Niloy Iqbal is a medical resident at Jacobi Hospital in the Bronx. (Niloy Iqbal)

Most jobs have given their workers basic protective gear, but not everyone believes it’s enough. Shaon received masks and gloves, but bought a face shield on Amazon for added protection. Gubbi uses N95 masks but he’s not exactly happy about the goods. “I don’t think the person who made the N95 mask realized the size of the South Asian nose,” he laughed. “It starts hurting your ears after a while.”

The pandemic has also added to workplace stress. Shaon said that tensions have been running high and bank customers have been taking their anger out on employees. “We get cursed at when we’re closed, with people asking why we can’t let clients in,” she said.

“People are more aggressive these days, so shoppers demand to take 10 rolls of paper towels, even though it’s not allowed,” said Priti Patel*, who works at a grocery store in Glen Oaks, Queens, and requested that her name be changed, fearing retaliation for speaking out. “There is nothing I can do and I call the manager multiple times a day. I have to lift and scan so many more items at once, and since I am getting older, I get back pains and shoulder pains, too.”

PriaVanda Chouhan, who runs Desi Galli, a fast-casual Indian restaurant in the East Village, agrees that the past few months have been exhausting but fruitful. “Work helps me forget what’s happening out there, and I'm focused on what’s happening in the business,” Chouhan said. “I didn’t want to close the restaurant because I wanted people to have a place for comfort food. How good does dal or khichdi taste when you’re down and out?”

Chouhan has also received a forgivable loan from the federal government’s paycheck protection program, which helps her cover payroll, rent, and utilities for at least two-and-a-half months. But some of Chouhan’s workers have left their jobs, explaining that the newly allotted $600 per week they receive for federal unemployment benefits was enough, and that work was not worth the risk of venturing out of their homes.

“I have a two-person staff left,” said Chouhan. “They wanted to power through with me because they needed jobs, and they wanted to support their families. I’m paying more for employees to come in, and rewarding them. I’ve offered other employees to be housed in hotels so they could still have a job [if they had to go back to apartments with families], but they didn’t want it, so now I’m like, OK, to each their own.”

“We had a pay raise, but we need it even higher and I need my overtime pay,” said Patel. “I could be working nine days in a row without a day off. ‘Thank you’ isn’t enough some days.”

At India Home, a senior citizen center for South Asians in Queens, the mood is somber. Seven community members have died of the coronavirus. Kavita Shah, a creative aging director at India Home, shared that she doesn’t know the next time that the group can meet. For now, she’s found solace in building community on the internet.

“We’re doing yoga over Zoom,” said Shah. “Seniors from everywhere are coming, and they’re not just limited to New York. The best part of this is seeing the smile on their faces.”

“In one home, one aunty was stranded in her living room,” Shah told me. “Everyone in her family had COVID. She signed on and she was smiling.”

Communities are little oases in a country that doesn’t always acknowledge the worth of immigrants, of South Asians and their work. These communities are what have helped keep many in the diaspora motivated to return to work every day.

“I first realized during 9/11 that I had to work for the community,” said Khan. “That I had to be a part of it. Lots of community members were arrested in front of our family, and we decided to stand up and provide legal assistance. This is for my community, and I have to do it.”

This story was updated on May 15 to correct the spelling of a name.

Meghna Rao is the former managing editor at The Juggernaut. She once lived in India, reporting on tech; she's now back in New York.

The abrupt shutdown left India's 120 million migrant laborers in the lurch — states, civilians, and companies had to scramble to their defense.

For Indian and U.S. nationals, getting on pandemic repatriation flights is an expensive, uncertain ordeal.