The Rise of the Indian-Origin CEO 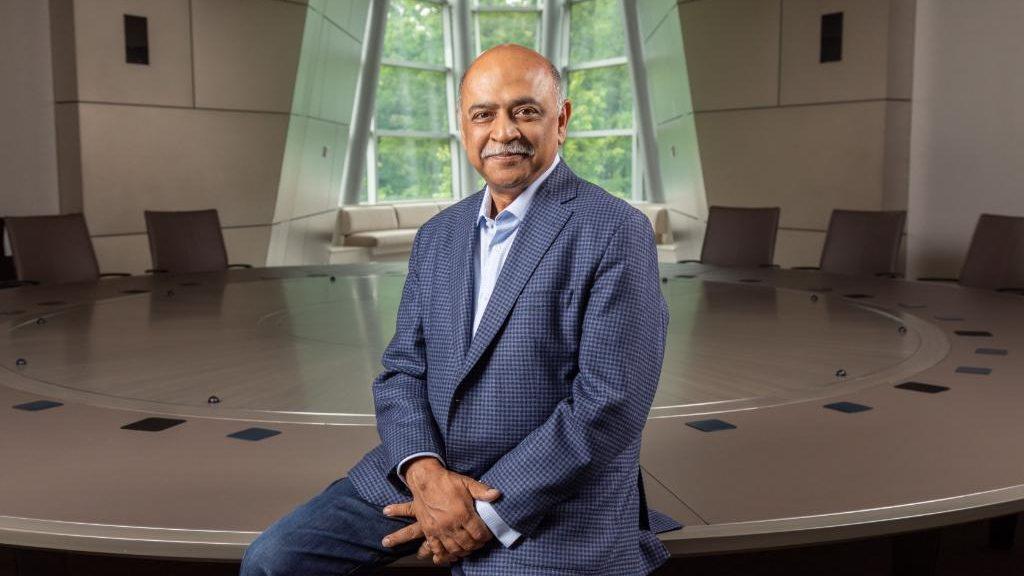 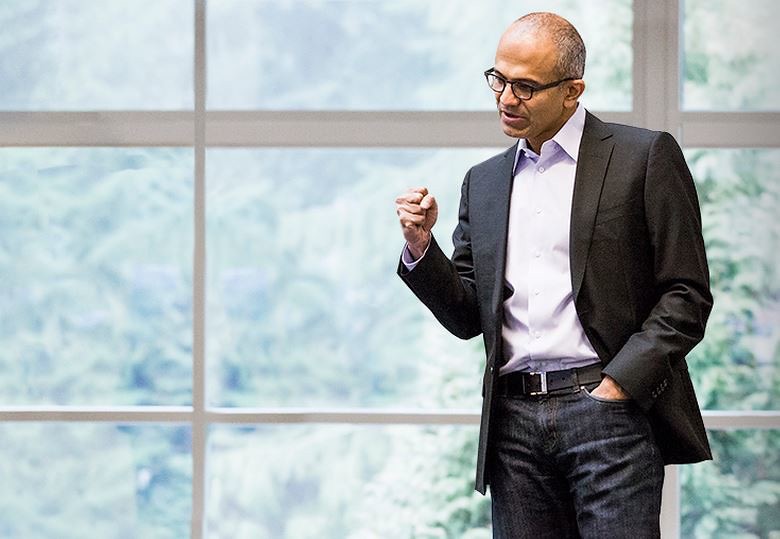 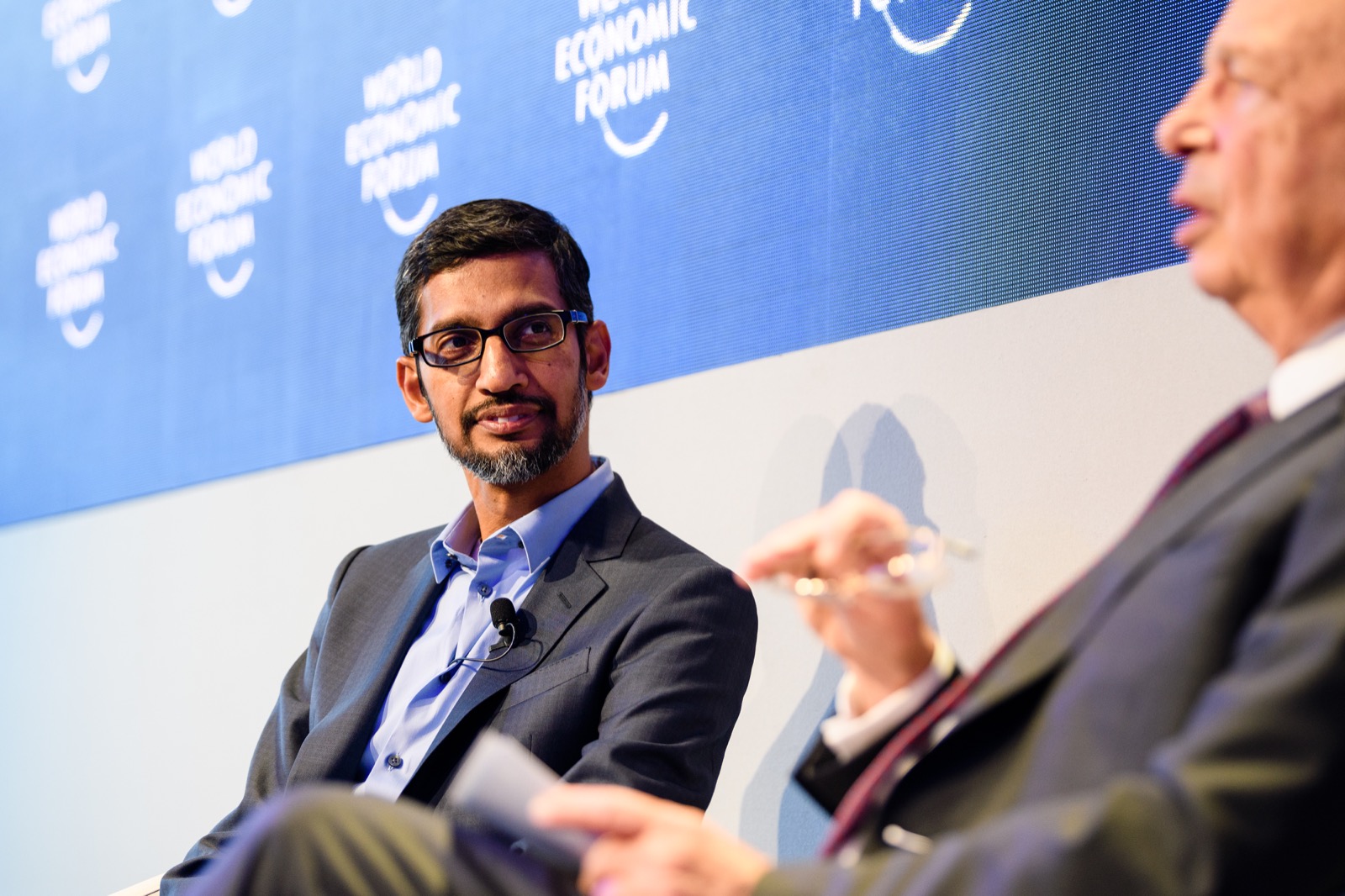 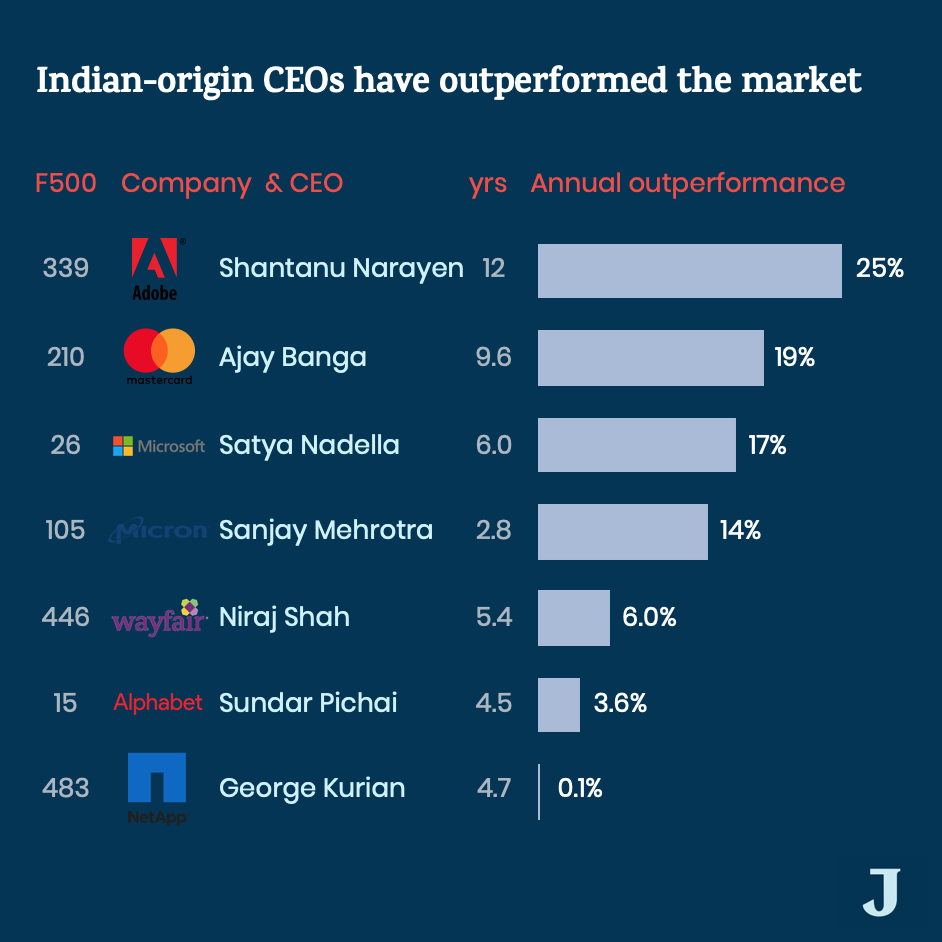 Indian-origin CEOs have outperformed the Nasdaq (The Juggernaut) 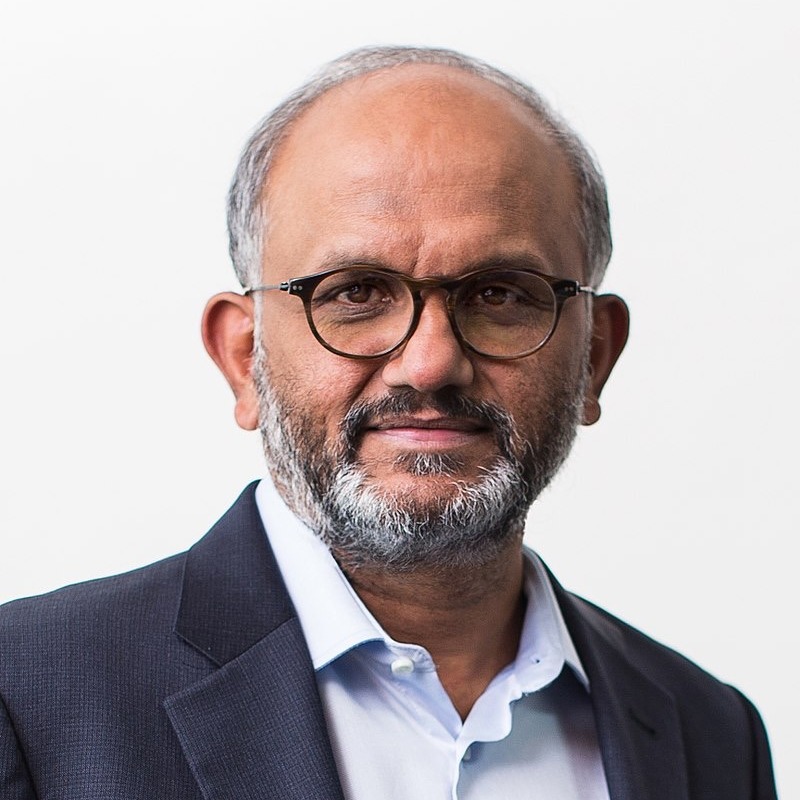 The Rise of the Indian-Origin CEO

A wave of Indian CEOs has the world buzzing. Is there more to it than just a demographic shift? And have they made a difference?

A couple of weeks ago, IBM announced that Arvind Krishna would be succeeding Ginni Rometty as Chief Executive Officer (CEO). Soon after, the We Company — the parent company of WeWork — announced that it had finally ended its search for a CEO and named Sandeep Mathrani to the post. Brown twitter was aflutter: was it the rise of the Indian CEO?

I wanted to find out what all the fuss was about. First, is the number of Indian CEOs truly remarkable? Second, who are these Indian CEOs exactly and what drove their rise to the top? And third, did having an Indian CEO help a company outperform the market?

What I found: Indian-origin CEOs of Fortune 500 companies, largely born in India, are crushing it — all of them helped their companies outperform the Nasdaq during their tenure.

The Fortune 500 today has nine (almost 10 with soon-to-be Krishna at IBM) Indian-origin CEOs (2%). But is this proportion unexpected? The 2018 American Community Survey tells us that 1.3% of the U.S. population is comprised of Indian Americans. Demographically, the Indian share of CEOs and the U.S. population aren’t too far off — brown representation in the top executive role should not be as big a surprise as the news cycle makes it out to be. Furthermore, in America, 32% of Indian Americans have a bachelor’s degree or higher compared to 19% of all Americans. That might explain away the marginal difference.