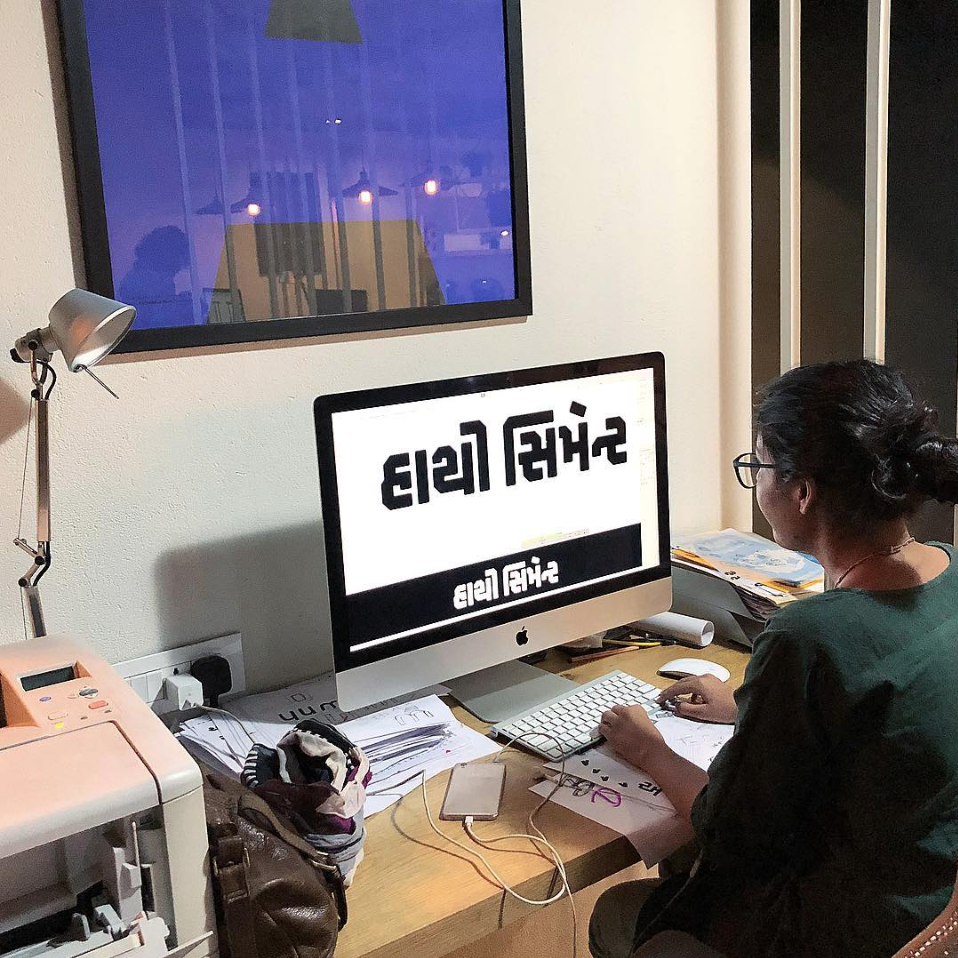 A designer working on a Gujarati typeface. (Indian Type Foundry) 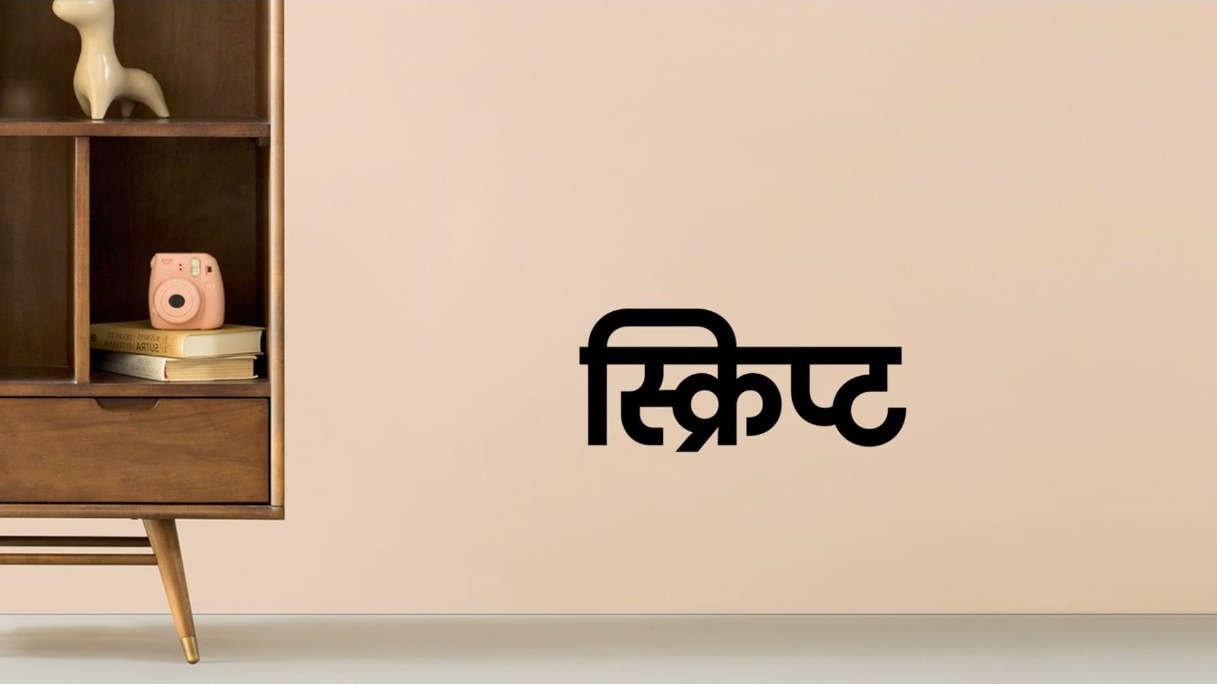 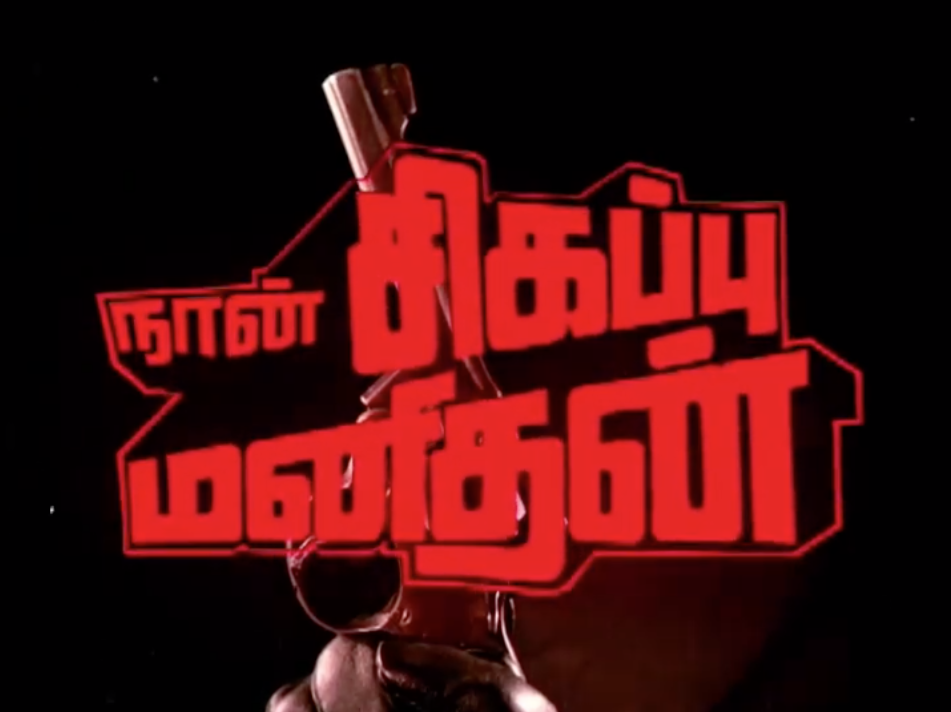 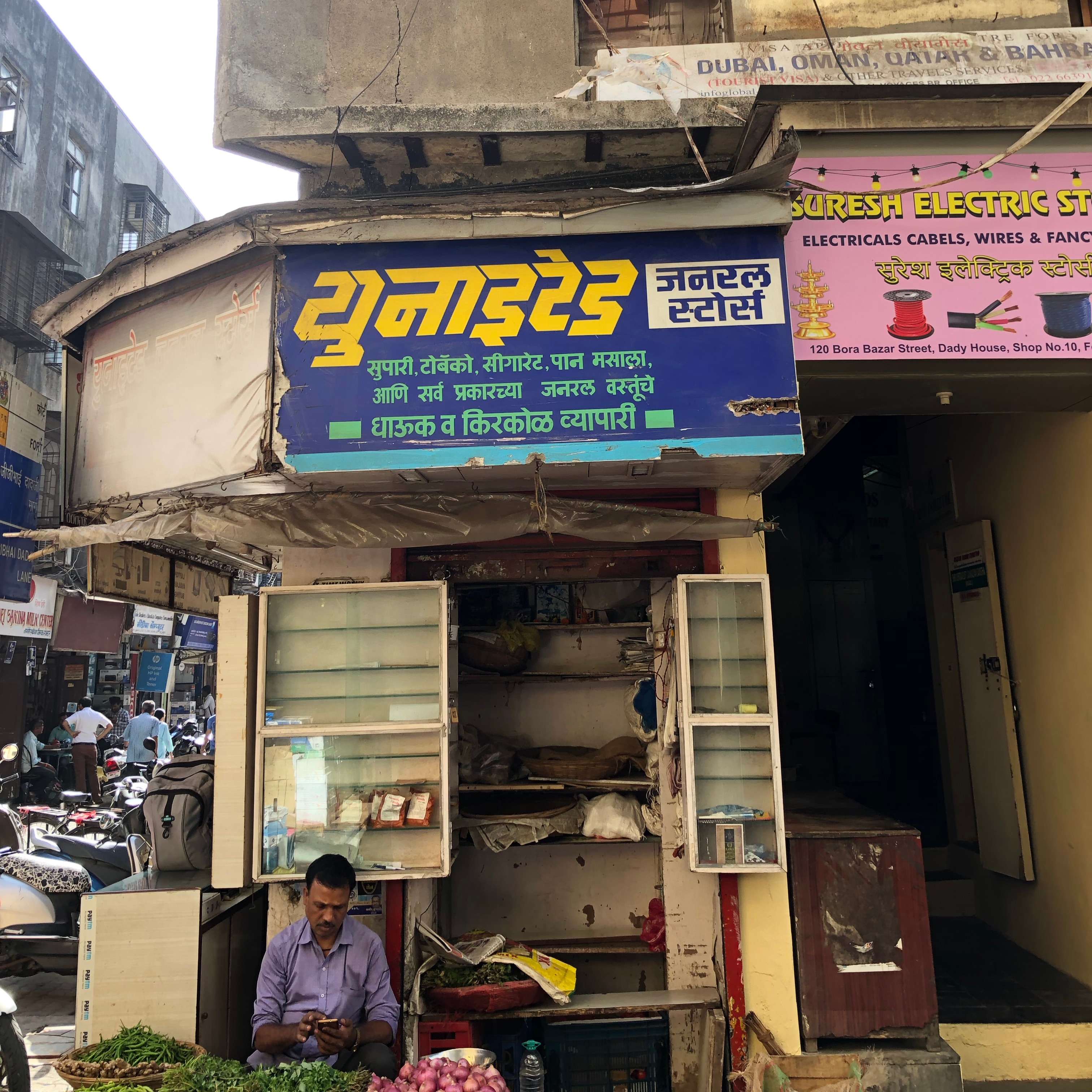 On a type walk through Mumbai's Colaba neighborhood. (Tanya George)

How India’s digital boom led to a type design renaissance for the country’s diverse languages and scripts.

For Shiva Nallaperumal, a type designer and co-founder of November, a graphic design studio in Mumbai, the first step toward designing an Indic font is deciding its definition in the modern age. “The biggest problem in India is the interplay between tradition and modernity. But unfortunately tradition is always linked to religion,” said Nallaperumal, who early in his career worked at Indian Type Foundry (ITF).

Nallaperumal was originally drawn to typography because of the evocative title designs in the Rajnikanth films he grew up watching, and the hand-lettered type that can be found all over India, on trucks, storefronts, and as magazine mastheads.

Yet, Nallaperumal noticed this diversity in type was not being translated to the digital age. “When the computer came in, it was a boon for everybody but Indians because our languages could not be typeset in it and you had to stick to one font that kind of works,” he said. “Graphic design in Indian languages was really affected by that.”

Nallaperumal, like many other font designers in India, got his start at ITF, arguably the oldest and largest repository of Indian digital