We give you the context for why India’s farmer protests are making headlines, and what the protesters are fighting for. 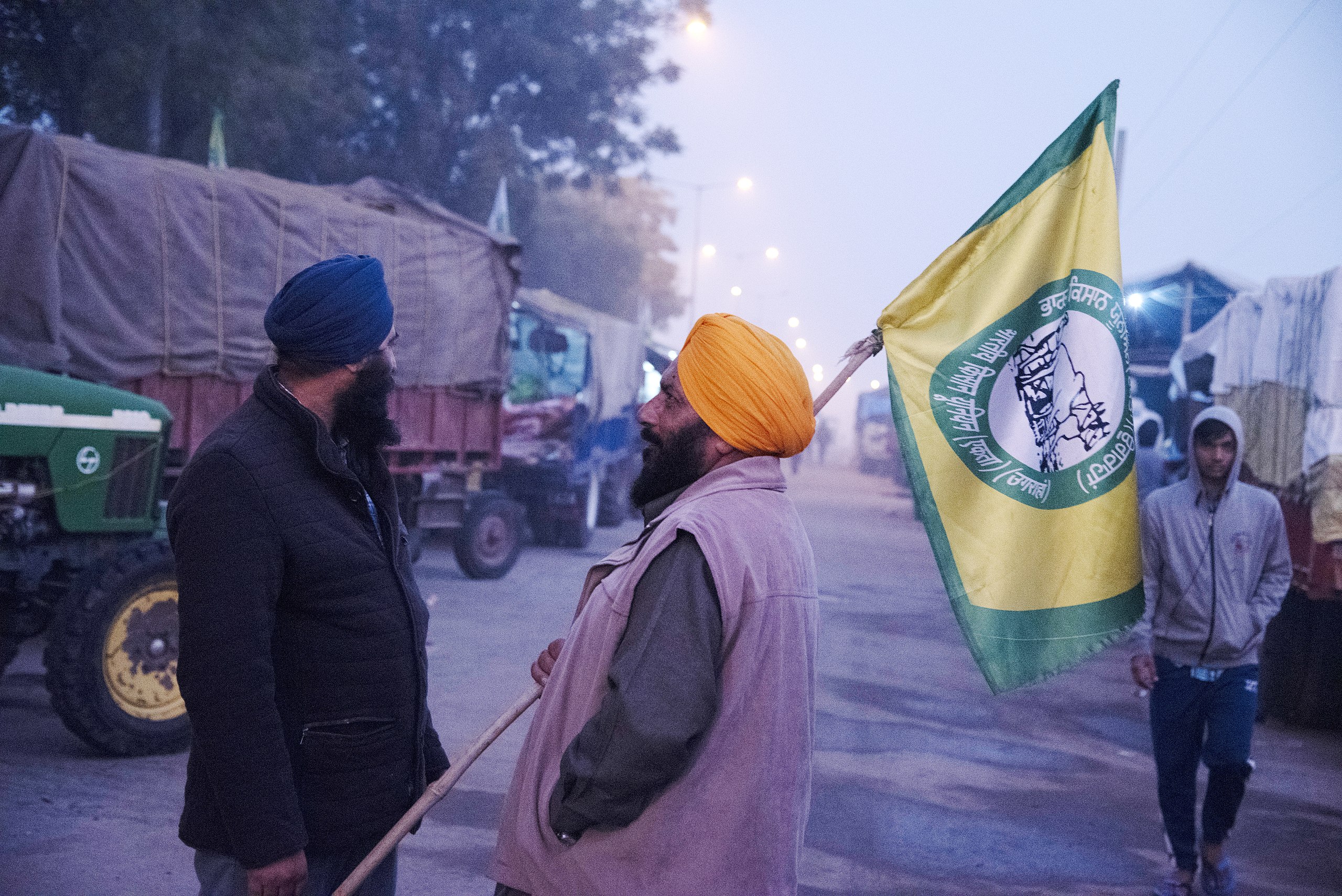 Man holding a flag for the Indian Farmer Protests on December 5, 2020 (Randeep Maddoke)

Internet shutdowns, police crackdown, and outbreaks of violence have not ended India’s five-month-long farmer protests, which recently gained momentum and global attention. Last week, things took a turn for the worse in the nation’s capital, when a section of the farmers’ Republic Day march broke formation and stormed Delhi’s historic Red Fort. Hundreds were injured and one dead after clashes with the police, who used tear gas and batons on the crowd. But just as farmer groups began distancing themselves from the protest, an impassioned speech by union leader Rakesh Tikait re-energized the movement, giving it a second wind.

“They want to destroy farmers, we will not allow this to happen,” warned a weeping Tikait, in what would become a viral video. “Either the laws will be taken back, or Tikait will kill himself. This is a conspiracy against farmers."