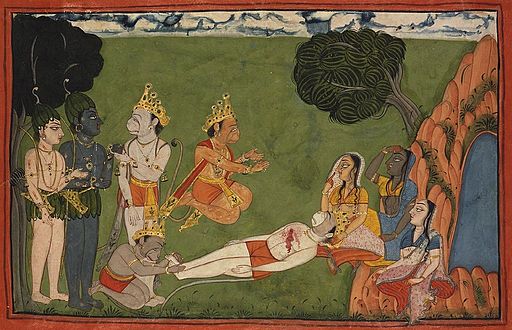 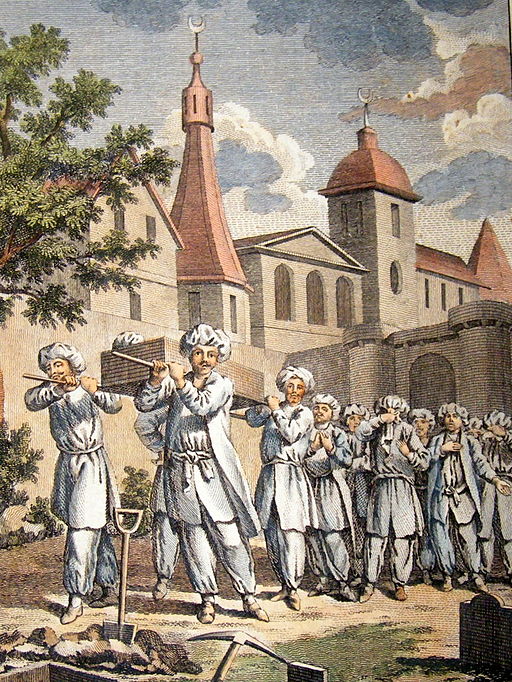 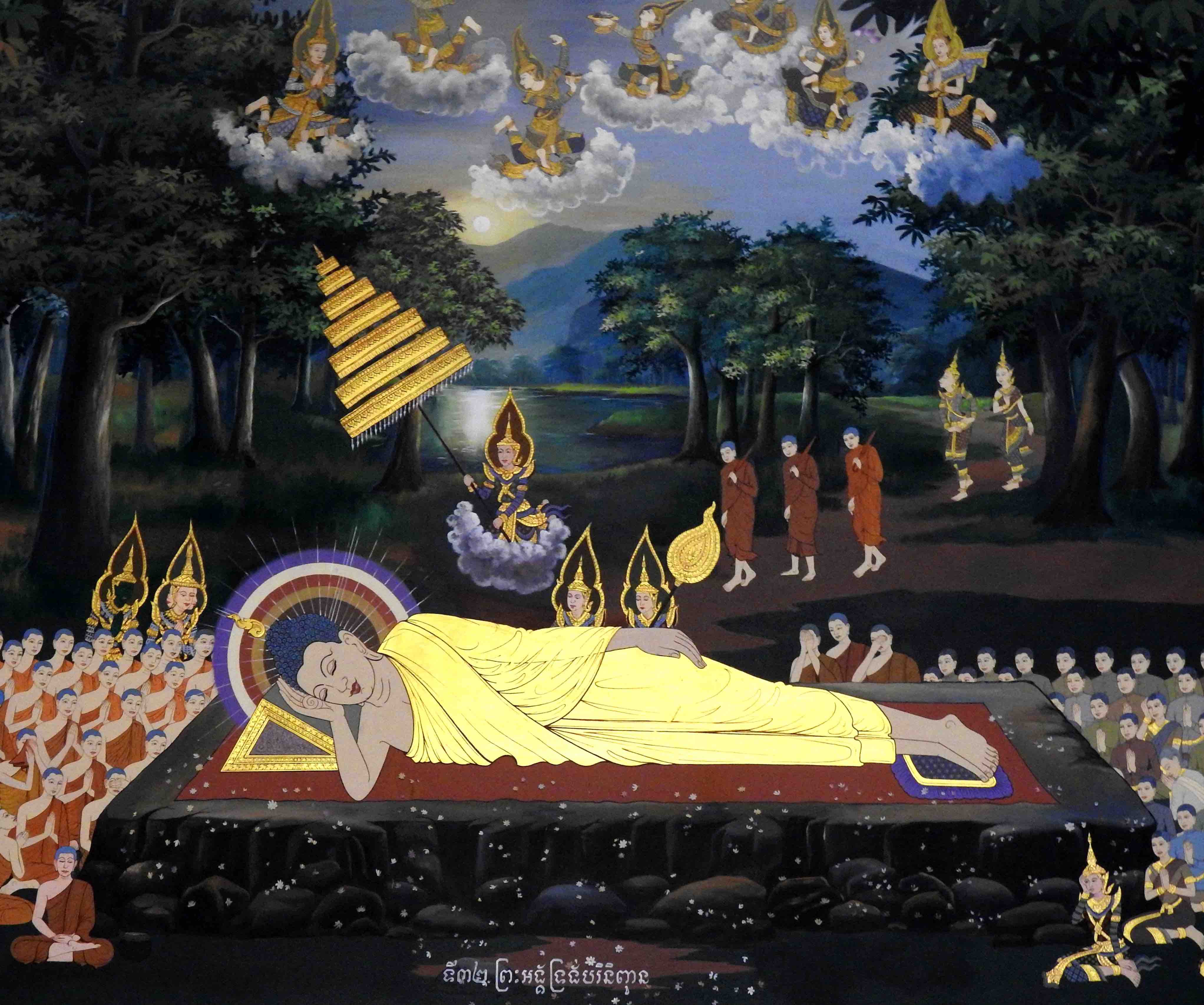 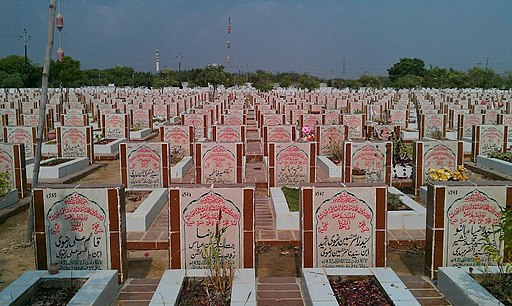 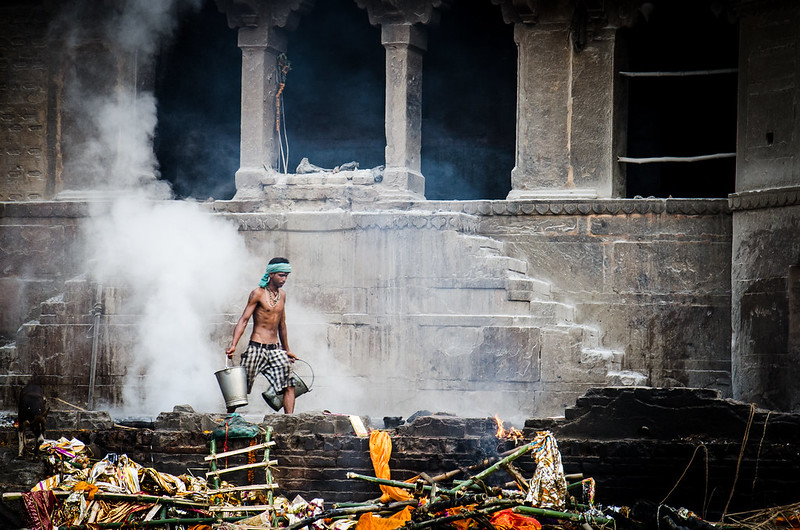 As members of an aging diaspora die in the U.S., they’re forced to reconcile their after-death traditions with the reality of available services.

Gururaja Rao’s last days followed a familiar routine. He would walk to the Flushing Hindu temple, wearing a Mets baseball cap and carrying a tote bag with folders of bhajan lyrics. He’d lost his voice years before, but would mouth along with the words. Afterward, he’d stop by the Flushing Queens Library, thumb through newspapers, and memorize the political talking points of the week. Occasionally, he’d visit the bustling strip of Chinese grocery stores to shop. Eventually, he’d head back to his apartment.

When he passed away one cold November morning, there was no question of where his body would be cremated. At 87, he had spent more time in Queens than he had in his hometown of Hyderabad.

And yet, there were no crematoriums that allowed our community to follow the exact rituals ordained by the Hindu faith. There was no space to circle the chamber that held Rao’s burning body, as if he were on a traditional funeral pyre, and his body couldn’t burn for hours into ashes, as it would have back home.

Instead, we squeezed into Fresh Pond Crematory in Queens. At the press of a button, flames engulfed his body; a minute later, the flames had disappeared.

At death, we return home. But home, for a new, aging generation of South Asians, is the U.S. For many, after-death practices in the U.S. require compromising on tradition — even as cremations have become more popular than burials and despite attempts to build more Muslim cemeteries.

“I’ve been thinking it’s the post ’65 generation that has had these questions arise,” posited Amber Abbas, a professor at Saint Joseph’s University who is researching death in the diaspora. “Where do they go? Are they transported back to their country of origin or do they stay with their kids?”

In 1965, President Lyndon B. Johnson signed the Hart-Celler Act into law. It removed America's decades-old country-based immigration quotas, and opened the floodgates for South Asian immigration. A new generation of South Asians entered the country and formed communities.

“In Islam, the concept of death is so connected to the earth,” said Abbas. “Earth embodies, consumes, takes in the body, but for my father, the idea of a vatan, a homeland, was not associated with Pakistan. His identity and sense of belonging were completely in the U.S.”

Yet, belonging isn’t enough. For years, there were no spaces for South Asians to complete their rituals.

“I remember my father in the ’80s helped illegally burn a body inside the park because crematoriums didn’t allow for Hindu services then,” remembered Bhavani Rao, a Los Angeles-based producer. Until 2006, open-air cremations, popular among South Asians, were illegal in the U.K.; even today in the U.S., they’re only legal in one small town in Colorado.

It still wasn’t easy when Rao’s father passed away six years ago. “For my father, we did our viewing at one place, and took him to a crematorium afterwards,” said Rao. Though Hindu tradition requires that the two practices be completed in one place, they were split due to local regulations.

“In New York state, a funeral home can’t own a crematorium,” Irene E. Elcock explained. Elcock runs Elcock Funeral Home in Queens, which carries out cremation services and body shipping services. “The ones that do were grandfathered in before the law changed.” New York has strict laws on cremation conduct and regulates its crematoriums closely.

Elcock, who took over the funeral home after her father passed away in the early 2000s, said that the demographic shift has helped justify adding Hindu-friendly capabilities.

“A lot of the times, religious work is on the floor, so we built out flat tables, where priests can sit down and do their rituals on the floor,” said Elcock. “We made chairs moveable so priests could sit. We removed old signs of Christianity, like crosses, and we allow families to come in and bathe their loved ones.”

After the cremation, Rao, the only daughter, had to deposit her father’s ashes in the Atlantic Ocean. Many Hindus, Sikhs, and Jains believe that depositing a loved one’s ashes in a holy river can allow the soul to leave the body to go to the next stage. For some, that next stage is the next life, while the lucky ones attain moksha, or salvation, where they’re never reborn again.

Yet, in New York, dumping ashes directly off-shore is illegal. “I called up a boat company, and we went a few miles into the ocean,” Rao remembered. “There, the priest had a little ceremony, and I put my father in the water. Then, I put a garland on top of him. The boat company knew our rituals, so they did three circles around the spot of his body.”

Many of these services also cropped up because of the need for immediacy. In Hinduism, a body should be cremated the night of, or the morning after. In Islam, a dead body must be bathed, shrouded, and buried as soon as possible, by a family member who is of the same sex as the deceased. This rules out embalming or preserving the body.

Even in those early days, when Abbas’s father first arrived in the U.S., there were places for Muslims to be buried. The first American Muslim cemetery was launched in 1948 in Cedar Rapids; however, since 9/11, new ones have been met with backlash. In these cemeteries, bodies can be buried according to Islamic procedures, without coffins and facing the Kaaba, toward Mecca.

“It was too much hassle to send my grandfather back to Pakistan to be buried, so we buried him in a Muslim cemetery in Fredericksburg, Virginia,” recalled Naoman Arif, 22. “It’s a generational difference. My grandfather didn’t know any black people, white people. He was only surrounded by Muslims, and that’s where he wanted to be buried.”

“The body is wrapped in a shroud, and the men carry it over to the gravesite,” described John Krull, who works at the South Western Burial Ground, and said that “99%” of his clientele is Muslim. Then, Krull and other men in the community dig into the dirt with their hands or a shovel, making space to place a body inside.

“What I like about this aspect of the Islamic tradition, and I’m aware that there are many versions of this Islamic tradition, is that the body and the shroud are moved over to the grave, bare, without a coffin,” said Krull. “It’s like a green burial.”

Yet, Krull, though he has been conducting Islamic burials for two decades, is still questioned on his knowledge. “Yesterday, a Bangladeshi girl of 19 was killed in a car accident,” Krull remembered. “Many people from the surrounding community came by and wanted to make sure we were doing everything right, which I understand. What are two white guys going to know about how to properly bury someone?”

“I’ve been a licensed funeral director since 1972, but 16 years ago, I recognized that Middlesex County in New Jersey has the highest population of Indian people in the country,” said Gregory Young, who owns the Hindu Funeral Home, and has transitioned entirely into servicing South Asians who need cremation. “We ship bodies to India from all over the country, and have been hired a bunch of times by the Indian consulate.”

As customers asked for different services, Young expanded his offerings, such as taking ashes off-shore on his boat.

“There’s no restriction to water depth, but in the state of New Jersey, a funeral director must go three miles offshore to dump ashes,” he said. “You have to report that you’ve placed the ashes in the water. It’s silly because it’s not even as contaminating as sand, but for $150, I take ashes out there in the summertime, in a group of bodies, each body separated.”

Yet, these compromises aren’t always palatable. Krishna Bhat, a Hindu priest who practices in New Jersey, said that some of the adjustments made to fit life in the U.S. are problematic.

“You’re supposed to hold a ceremony within the night of the day that the death happens or the next day, but here, with regulations and registering death certificates, that makes it even harder,” said Bhat. “It is very hard within this country to do it right.”

“There can be a real tension between the expectations of the home country, the home faith, and the facilities present in the host country,” Abbas added.

Others emphasize that it’s important to adjust to the environment. America is nothing like South Asia. “The rituals after death that followed are meant for the living,” said Dheeraj Raina, a Kashmiri Hindu who migrated to the U.S. in the late ’90s, “no matter what you believe.”

His wife, Uzma, an immigrant from Pakistan, passed away in January after suffering from years of cancer. Uzma, cognizant that she was approaching death, spent her last days planning.

Raina waited a few days to bury Uzma in a traditional Muslim procedure. “Climate defines tradition, and it’s so warm in South Asia, and there’s limited cold storage,” he said. “You can’t go a day or two before your body starts decomposing. But we have that technology here.” It also just happens to be cooler in many parts of the U.S.

“There were some parts of the tradition I really didn’t like and think could be changed,” added Arif. In certain Islamic traditions, women are not allowed to attend burials, based on the interpretation of a hadith. “My grandfather’s own daughter was excluded from the ceremony, my mother and sister weren’t allowed. That made me really angry.”

“Uzma told me, ‘it doesn’t matter if we delay the burial,’” Raina remembered. “‘I just want to make sure that everyone who wants to be there should be there.’”

It’s a sentiment that many echo — community is more important than strict adherence to traditions.

“My dad passed away about a year ago, and every single day there’s an uncle and an aunty ringing my mom’s doorbell with paratha and khaana and love and affection,” said Aman Ali, a comedian from Ohio. “There’s even a nine-year-old boy who shows up every day at three to do his homework.”

“Grief is a lifelong journey and a lifelong process,” Ali added. “It’s not just showing up and supporting a family the day of the funeral, it’s a forever, rest-of-your-life process.”

As the fire died down and the chamber that contained Gururaja Rao’s body went black, I felt a sense of release. His wife had died a few years before, and his final days had been difficult. It was relieving to see him go. Perhaps the push of a button was all that we needed.

Meghna Rao is managing editor at The Juggernaut. She once lived in India, reporting on tech; she's now back in New York.