Not Just Yet: The Asian American Ceiling 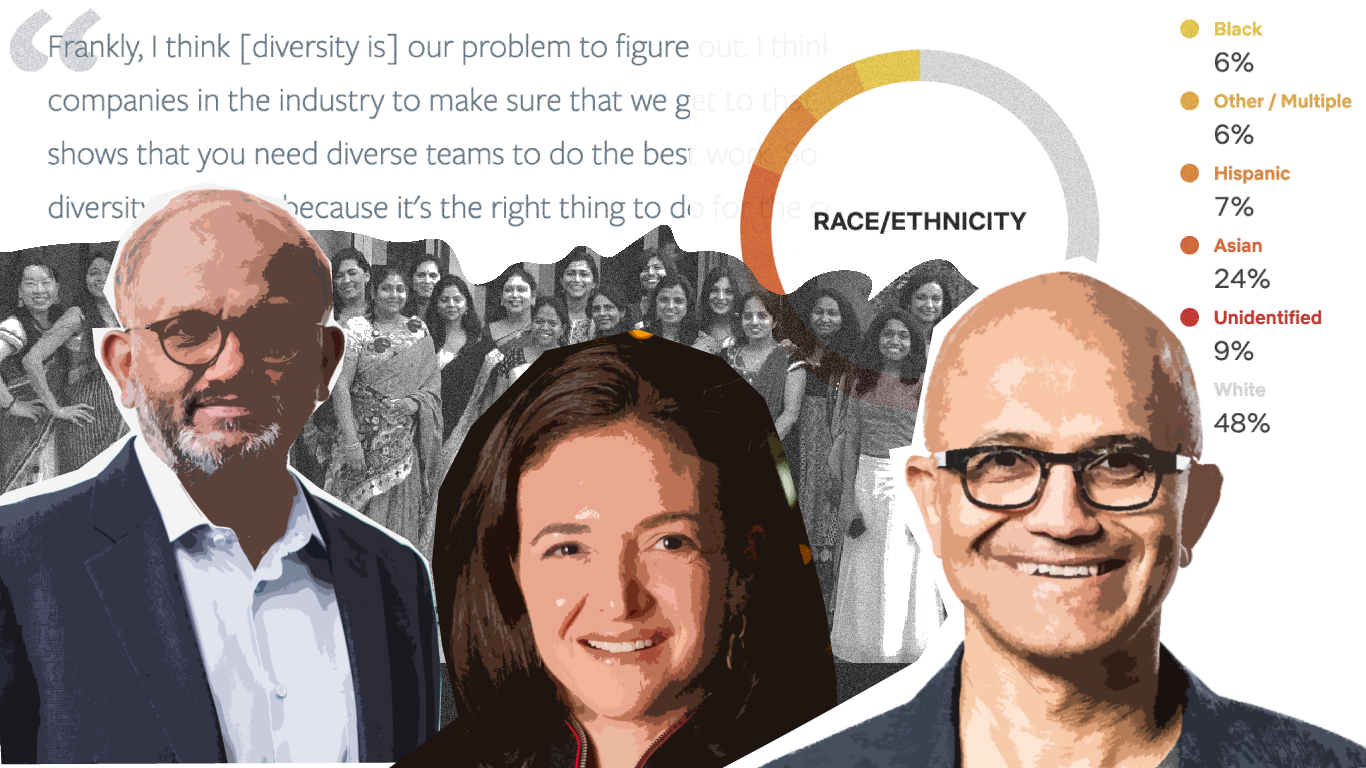 Not Just Yet: The Asian American CeilingKarishma Vanjani

Eight of Silicon Valley’s most prominent tech companies employ more Asians — both Americans of Asian ancestry and immigrants — than workers from any other minority group. But their presence in these companies has not translated into management jobs. The management ranks of each of these eight companies are still dominated by white men.

Silicon Valley has long been known for the paucity of African Americans and Hispanics in their companies — they make up less than 10% of the professional or technical workforce in five of the eight companies — but they have a higher chance of being promoted to the upper ranks than Asians once they make it through the door.

Though the phenomenon of Asians being the least likely to be promoted to senior management isn’t a new finding, there’s still disagreement over why that’s the case or whether it’s even a worrisome trend.

For some, the lack of Asians in senior ranks is due in part to the maddening stereotype that Asians are too passive. “There is an implicit bias that Asians are not good leaders,” said Buck Gee, a retired Chinese American vice president and general manager of Cisco’s Data Center Business Unit. One day, in 2006, Gee realized that he was the only Chinese American VP in t