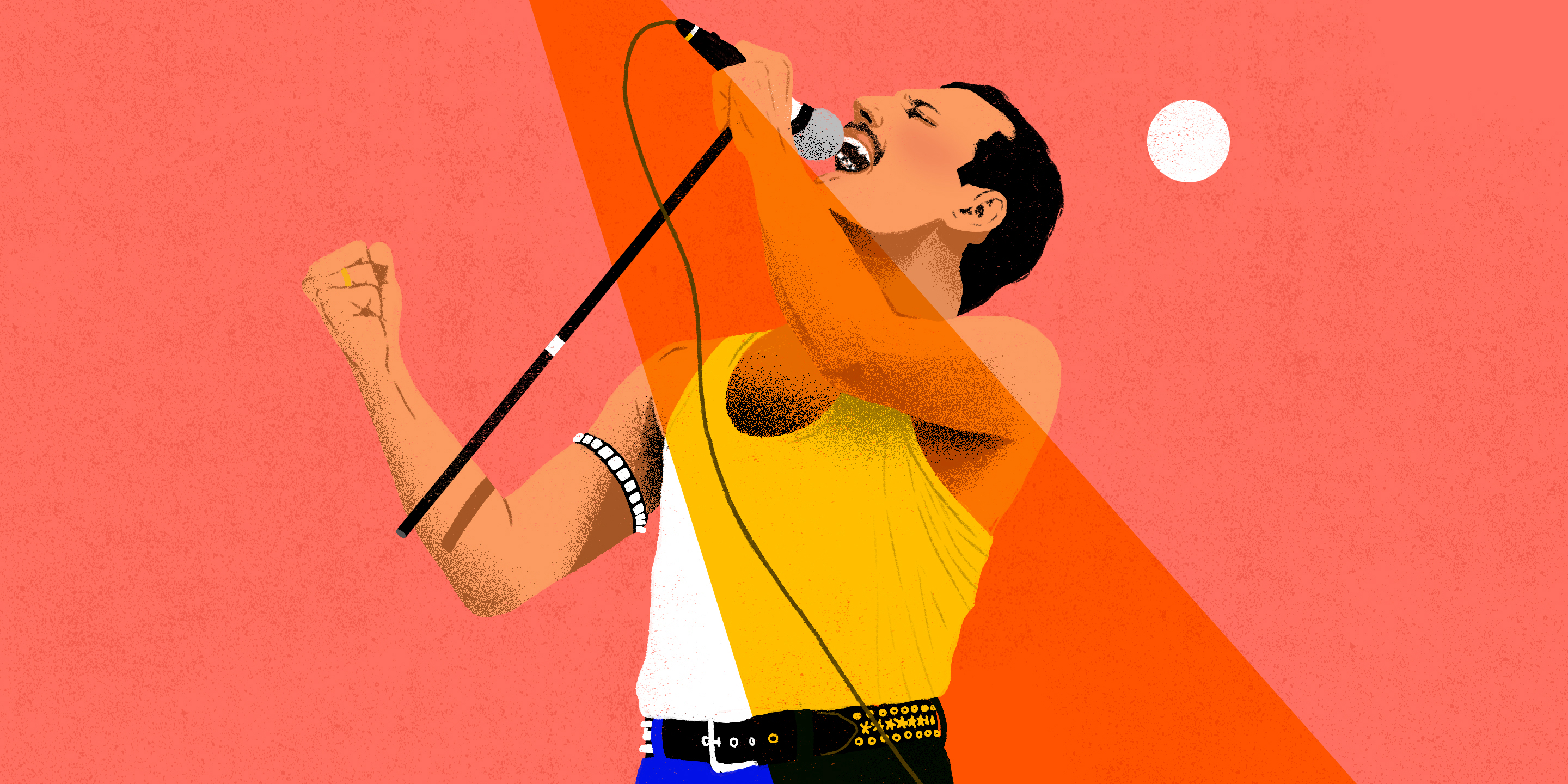 I can’t remember how old I was when I saw Farrokh Bulsara on a rerun of Entertainment Tonight, but I was definitely pre-adolescent, gloriously soaking up the close-up of his Mughal-esque aquiline face. He was handsome like my grandfather, astute like brown men of a certain generation, and despite his newfound fame as a rockstar, when he spoke, it was collegial.

In this interview, with his famous overbite (he was teased in his youth and called “Bucky”), his two front teeth always slightly on display under the roof of a spectacular moustache, Bulsara called himself a “big ham” with mild-mannered earnestness. A contrast to the bombastic iconoclast he transformed into on stage. At the time, we knew him to be the lead singer of Queen, Freddie Mercury; a legend. I found out much later that his original name was “Farrokh.” His brown name, given at birth.

Mercury was born in Stone Town, Zanzibar, to parents Bomi (his father) and Jer (his mother), Parsis from Gujarat, India. The family moved to Zanzibar, then a British protectorate, for Bomi’s work at the British Colonial Office, but soon Freddie and his sister, Kashmira, left for Bombay, India. In the late 1950s, Zanzibar began to shift in its attitudes towards Indians and Arabs, resulting in a revolution in 1964. Arab inhabitants were the major landowners, and, alongside Indians, were generally wealthier than the black Africans. Many were also anti-black, which only led to an understandable disdain. Eight years later, Idi Amin expelled Indians from Uganda.