As the country struggles to understand the dual narrative of its Black-South Asian vice presidential candidate, Kamala Harris, one man reflects on his own identity. 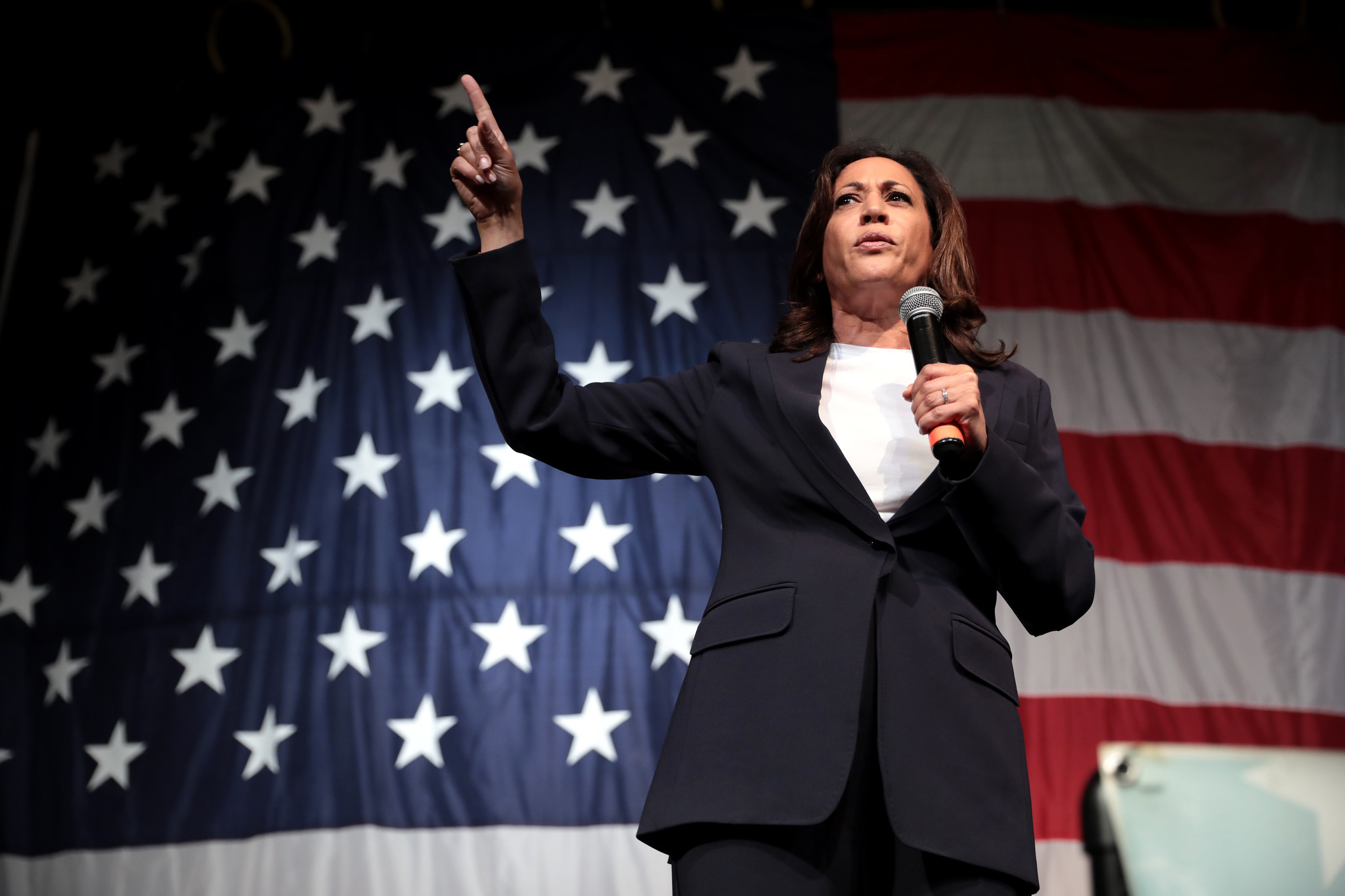 After the historic nomination of Kamala Harris, the first Black and South Asian woman to be part of a U.S. presidential ticket, I sat in reflection — you might even say, literal reflection. In Harris, I recognized myself: someone intimately aware of the tricky intersection of Black and Indian identities in America, an experience that goes beyond eating dosas, listening to rap music, and dancing Bhangra and hip hop in the same song. In her biracial identity, and my own, I see opportunities to have deeper conversations that connect and align the histories and complexities of Black and South Asian communities. I work in media and understand the power of narrative — and this is a critical moment to ensure that these intertwining histories are contextualized to the broader public without erasing one identity to emphasize another.

Kamala and I are not exactly the same, of course — it is important to stress this, too, or else we run the risk of painting our communities with the same old brush that masks our specificities. My mother is Bengali and my biological father is Black; Harris is of Jamaican and Tamil descent. But as the spotlight narrows on Harris, on her background and her life story, there is something to be said about being Black and South Asian at this critical juncture in our country’s history, as it teeters towards a fascist future amid a pandemic that refuses to abate.

Being Black and Indian can be an intersection filled with complication, trauma, exploitation, and revolution — with racism and stereotyping from both sides. Like Harris, I grew up under the guidance of my Indian mother, but not through the steady lens of being Black: my mom had me young and divorced my abusive biological father when I was four. Consequently, I grew up in an Indian family, with a delayed understanding of my Black history, including my Black family’s search to find the slave patriarch who started our lineage in America. In some ways, this softened the realities of being Black and kept me insulated from the real world where — especially in the 1990s — TV, film, and media painted Black men as “thugs” and stereotyped Black communities as tethered to violence and the crack epidemic. 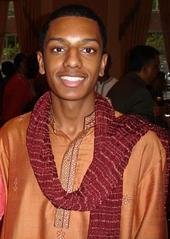 Still, some of this filtered through — how could it not? In my Bengali community, the elders would talk about the “growing” problems around drugs and gun violence in Black communities. In the Bollywood movies I consumed as a child — Kuch Kuch Hota Hai, Kabhi Khushi Kabhie Gham, Saathiya — I never once questioned why people with darker skin never had lead roles. I never understood the remarks I received from aunties and uncles on how “dark” I had become during the summer. On the other hand, when I’d introduce myself in Black spaces, I’d get the occasional cringe-worthy “Indian like Native American?”

After my mom divorced my Black father, she married a white man and relocated to northern Virginia. We drifted away from the bubble of our Indian community — only to enter another bubble, this time within an affluent white community. When folks talk about what zero police presence could look like, I think of the white, affluent town of Ashburn, which saw itself devoid of police violence, gun violence, and pervasive — rather, public — drug use. I think of all the resources enjoyed by Ashburn that are so often denied to Black and immigrant communities. It didn’t help that my education was whitewashed — that it downplayed or erased atrocities to Black communities while welcoming immigrant communities and peddling the “American Dream”: that anyone could make it in this country. These “truths” — taught through the lens of white education — did nothing to help me understand the cultures, backgrounds, and histories that made people with my perspectives and ideas unique.

And so, just as I didn’t understand the significance of being Black in an Indian space, I wasn’t raised with a direct awareness of what being Black in a white space meant. Growing up in a Bengali family that emphasized community support as a backbone while encouraging individual effort for “top jobs” — lawyer, doctor, businessperson, engineer — masked the realities that undermine Black and Indigenous experiences of America. It was a dissonant reality for a biracial young person like me: it not only tried to remind South Asian communities that American culture is fair and equitable, and that anyone could achieve anything if they worked hard enough, but reiterated the anti-Blackness found within Indian culture that labels Black people, poor people, and Dalits as trouble and menaces to society, not parts of a solution to creating a better life in America. 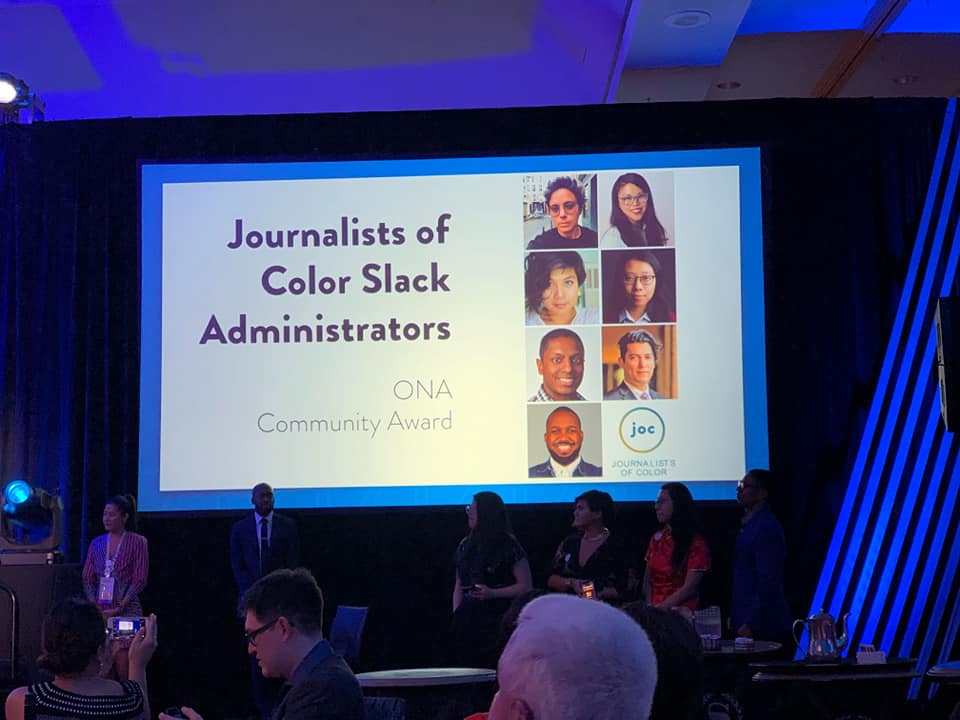 It is worth belaboring that there is a deep history of racism toward Black people — as well as towards dark-skinned people — within South Asian communities. It’s the reason I published my PSA on Facebook acknowledging that while Indian communities had a reason to celebrate Harris’s selection as vice presidential nominee, the nomination was also a moment to recognize Harris’s Black identity — without erasing it and supporting her for only half of her identity.

This erasure, between the media examining Harris as a Black woman and/or Indian woman and intense scrutiny over just one half over her race, worried me when I read the headlines that came out after Harris’s nomination. Headlines, including op-eds published by various writers, leaned into her Black heritage or her South Asian heritage. Others observed America “grappling” with her identity. To their credit, some outlets did reflect both races equally in the headline, while others explained that trying to have her choose or explain why and how she identifies is an unrealistic and unfair expectation made of so many biracial, multiracial — and just people of color in general — by American culture. At the same time, however, there was an editing war over her race on her Wikipedia page.

The need to explain who you are as a biracial (or even multiracial) person never goes away — these exhausting reminders exemplify how media plays a role in generating stereotypes of cultures, communities, and individuals that influence and reflect how others see people. Harris says her Indian mother raised her and her sister as Black, and she still has a connection with her Indian roots. The way Harris carries herself isn’t an either-or situation as a biracial person. She is the only person who can decide how she wants the world to see her. Yet, this is a difficulty many people of color face, especially those who come under the scrutiny of a heavily white-centered American press. But just because large parts of the American public is still not quite ready to unpack what it truly means to be biracial or multiracial in this country doesn’t mean the onus isn’t on all of us to go beyond picking and choosing races, but rather understand that mixed heritages carry whole identities on their own accord.

This is worth remembering, as Harris steps on to the debate stage tonight: we shouldn’t seek to divide and separate.

An eight-year veteran of the media industry, and a resume that includes stints at the Washington Post and Philadelphia Inquirer, Tauhid is also an executive board member of the Philadelphia Association of Black Journalists, the oldest association of Black journalists in the country. Through PABJ, he launched two cannabis conferences, the Color of Cannabis and the CannAtlantic Conference. His Indian ancestry can be traced to Bangalore and Kolkata. His Black family members have traced their Black ancestry to a plantation in Virginia, but details are still being confirmed.

Anti-Blackness Goes Back To Ancient Times

Thinly veiled racism is still prevalent in the South Asian community today, but its history dates back centuries.

With persistent colorism and the rise of consumerism, the idea of fair skin manifested as a product you could buy.