Days before he passed, an emotional clip of me telling Alex Trebek I learned to speak English by watching "Jeopardy!" went viral. This is for him. 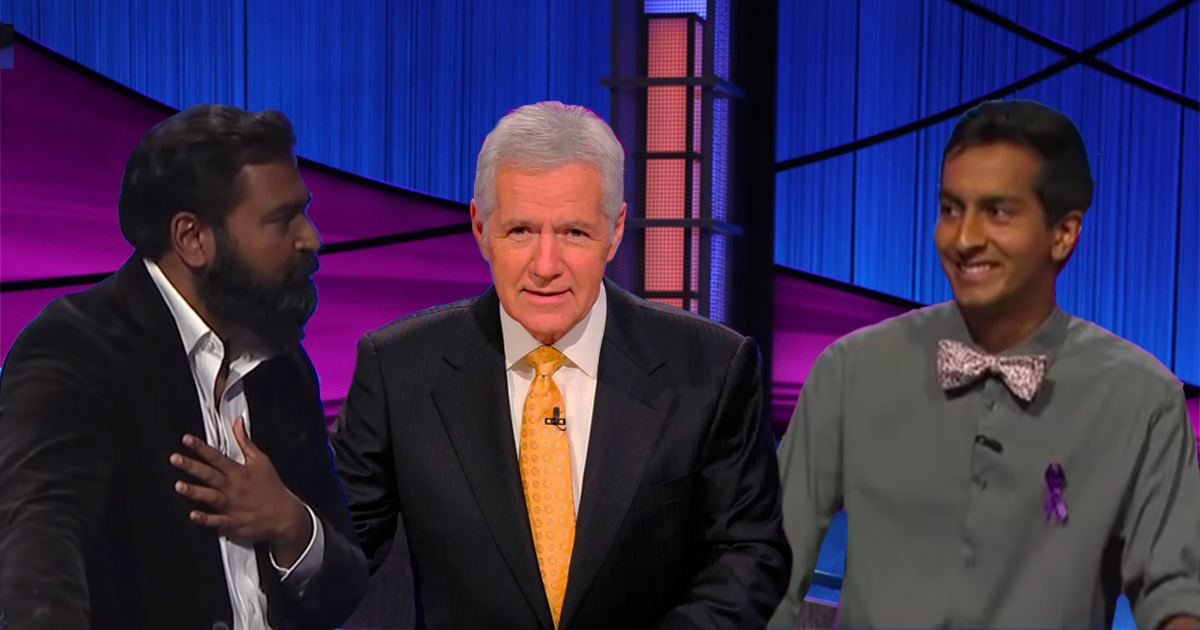 Last week, a video of Alex Trebek and me went viral. A few days later, he passed away.

In the video, I am telling him how I learned to speak English by watching Jeopardy! sitting on my grandfather’s lap as a child. Suddenly, for a ferocious few seconds, it was the late 1980s, and I was a child in our apartment in Mineola, NY, feeling the rasp of my grandfather’s crinkled-paper hands holding mine, wrapping my head around the fuzzy contours of a new language that I was just beginning to understand. I hadn’t planned on telling Alex the story, but I realized I might never have the chance to again. Alex’s reaction was one of shocked gratitude. I cried; in the studio, there wasn’t a dry eye left either. I thought the show was over and the cameras were off; that anecdote was for Alex Trebek, not something I thought anyone, let alone over 5 million viewers on the internet, would see. I suppose that little clip resonated because it was a human moment. Someone had posted the video just after Election Day, but before the election was called — perhaps, amid these exceptionally fractious times, people were reminded that we were all children once.

Becoming a contestant on Jeopardy! had always been a dream of mine. Playing along at home or with friends, I’d armchair quarterback — like everyone else, I suppose — about how I would wager a daily double or get through the final question. I love quiz shows and trivia; I competed in the National Spelling Bee and the Vocabulary Bee. For as long