The story of a women-owned cooperative that turned 80 rupees into a business worth millions of dollars. 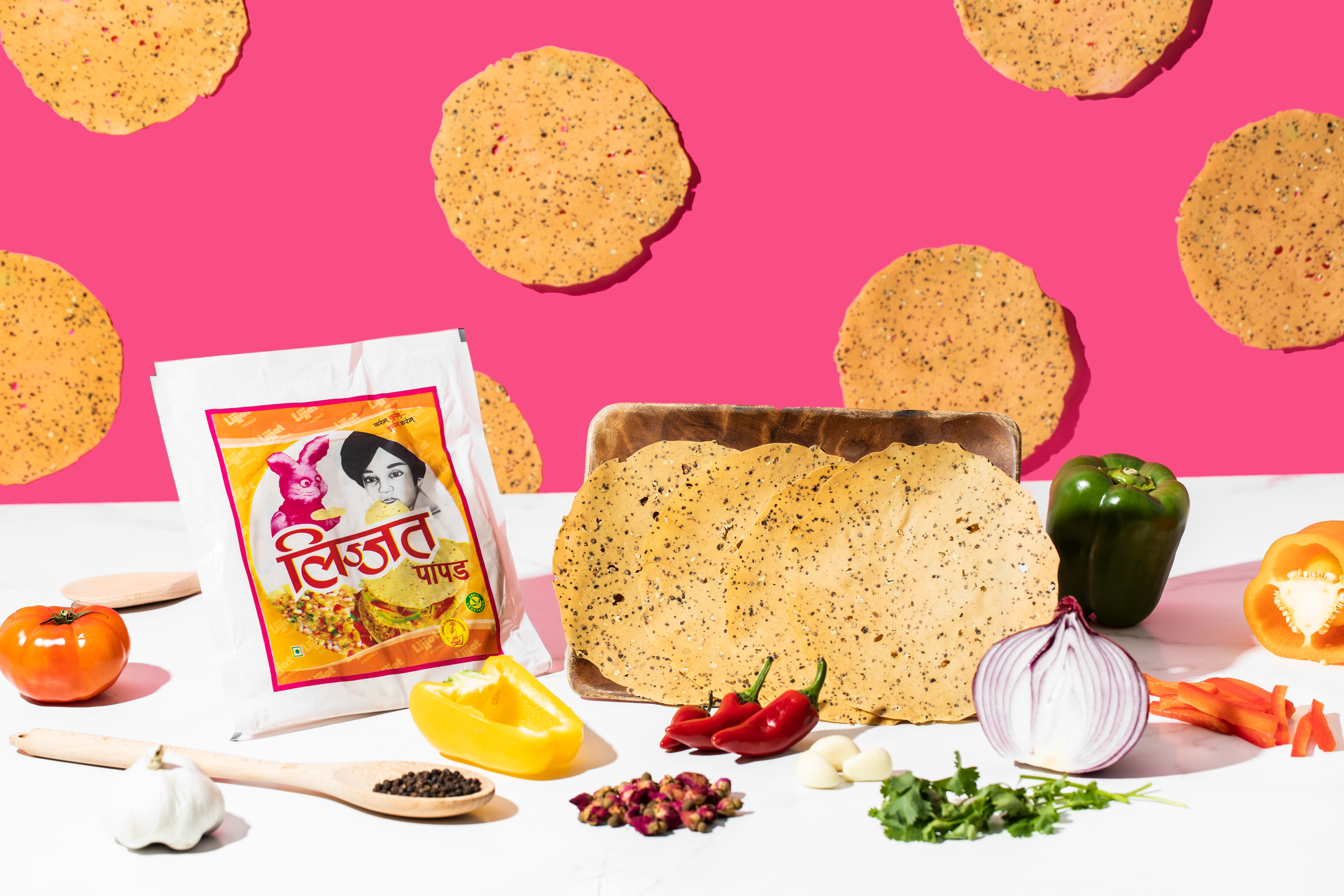 (Image: Soona for The Juggernaut)

Anyone who loves papad is likely familiar with the clear, compact package with the pink bunny and “Lijjat” emblazoned in bold Hindi print. Since its humble beginnings in 1959, the Lijjat brand has cultivated a devoted following for its crisp, shatteringly thin papad — and grown to ₹1,800 crores (about $244 million) in annual sales.

Like Kleenex, Sharpie, or Google, for many in South Asia and its diaspora, the word “Lijjat” — “taste” in Gujarati — is synonymous with papad. But unlike those other brands, Lijjat Papad is not part of a corporate behemoth. It’s not even a for-profit company. Headquartered in Mumbai, Lijjat Papad — or, formally, Mahila Griha Udyog Lijjat Papad — is a women’s co-operative meant to make its members financially independent.

“I used to call Lijjat the pollinators of India,” said Vikas Khanna, the chef who started the Michelin-starred Indian restaurant, Junoon. “They were pollinating different tastes in different homes in different regions so seamlessly.” Papad, often made at home according to regional tastes — masala papad in Punjab, for instance, is made with urad flour and speckled with spices like asafoetida and black pepper, or potato papad in Varanasi — is a South Asian staple. As convenience foods grew more popular worldwide, especially in the ‘80s and ‘90s, Lijjat Papad became ubiquitous with its array of regional offerings. “They became part of every dining table."

“Ever since I can remember, my family has eaten packaged Lijjat Papad, and we continue to do so,” said Shraddha Kamdar, a production editor at Femina, India’s oldest English magazine for women. “It is considere