Indian Chill in the Age of Corona 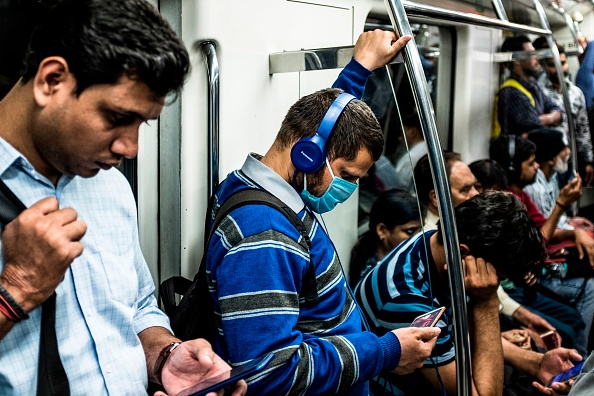 A commuter wearing a facemask while traveling on the Delhi Metro, on March 12, 2020. (Photo by XAVIER GALIANA/AFP via Getty Images)

Indian Chill in the Age of CoronaErin Blair

A commuter wearing a facemask while traveling on the Delhi Metro, on March 12, 2020. (Photo by XAVIER GALIANA/AFP via Getty Images)

Street children are begging for hand sanitizer. Elected officials are telling constituents to spray their homes with cow piss. Aunties are arming themselves with haldi and millennials with memes. India’s fake news circuits are doing their stuff, pumping out rumors that the pandemic was caused by Pakistan and bat soup. Astrologists are blaming the shadow entity Rahu, liberals are blaming Prime Minister Narendra Modi, and a WhatsApp forward going around promises that if you eat enough arsenic, you’ll be just fine.

It’s been six we