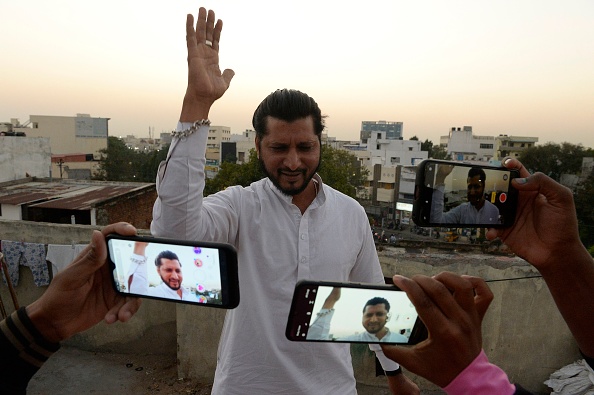 An artist acts in front of a mobile phone camera while making a TikTok video on the terrace of his residence in Hyderabad on February 14, 2020 (NOAH SEELAM / AFP via Getty Images)

An artist acts in front of a mobile phone camera while making a TikTok video on the terrace of his residence in Hyderabad on February 14, 2020 (NOAH SEELAM / AFP via Getty Images)

Fewer than 24 hours after the Indian government banned 59 Chinese apps — including TikTok, Likee, UC Browser, WeChat, and Club Factory — on Monday, June 29, emails from founders flooded the inbox of Bengaluru-based venture capitalist Prayank Swaroop, a partner at Accel Partners India. Many of these founders were looking to replace ByteDance’s TikTok, the most popular video-sharing app in India with over 200 million monthly active users in the country.

“I had around 50-60 companies writing to me about alternatives to the apps that have been banned,” said Swaroop, who is bullish on this new opportunity, created virtually overnight. “Many of them started building these apps a few weeks and months ago, and most of them seem serious about it.”

Indian founders are making the best of this opportunity, afforded after months of rising anti-Chinese sentiment in India — and venture capitalists say that they are ready to fund these projects.

Unlike China, which created a firewall that allowed its companies to succeed without the competition of foreign companies, India has been an open market, leading some nationalistic policymakers to call for India to restrict foreign competition. After all, China was able to spawn internet giants Tencent, ByteDance, Alibaba, and Baidu in the absence of Amazon, Facebook, Google, or Netflix. India, on the other hand, has had