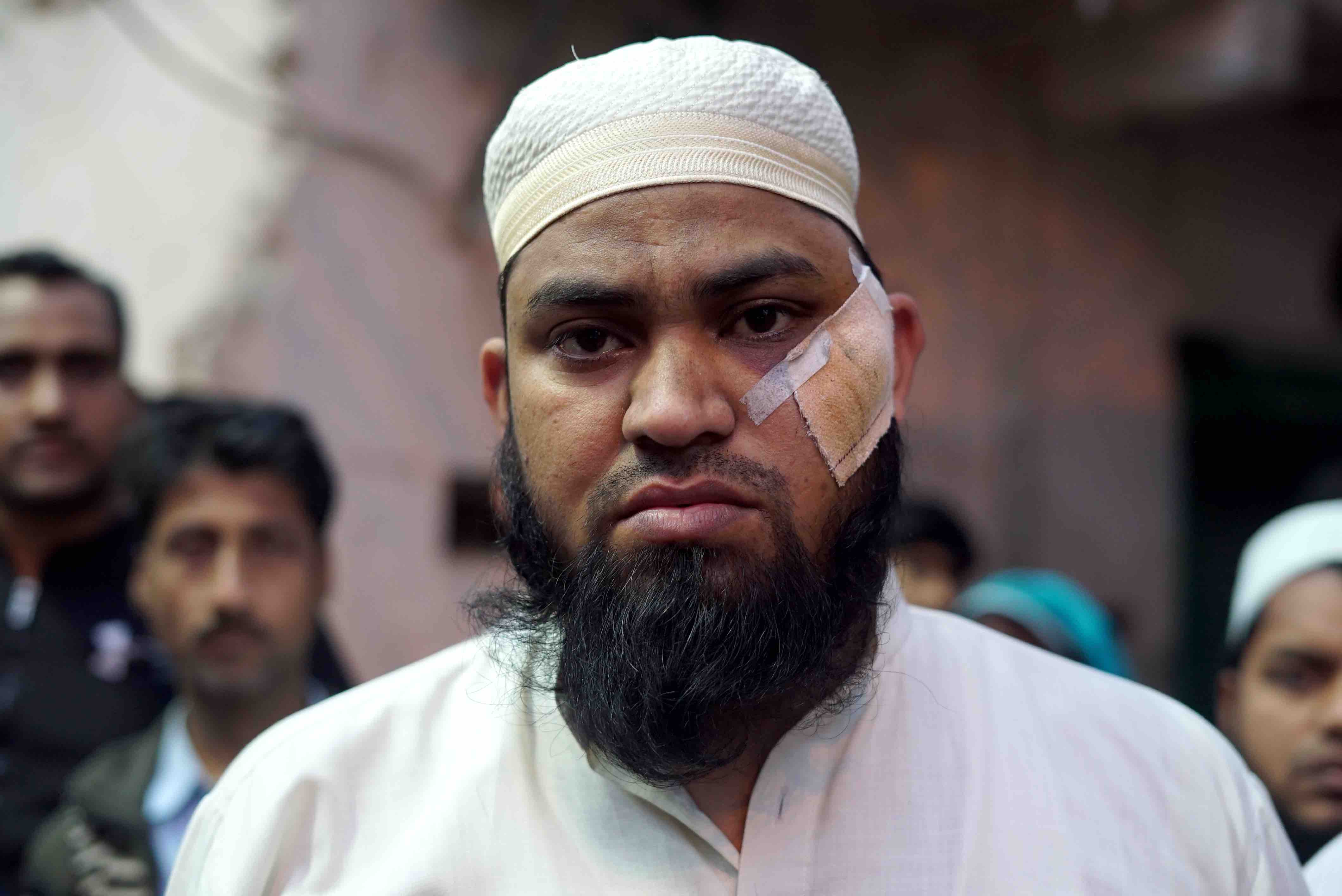 A man stands, a bullet still lodged in his face. After being shot he was taken to the hospital, only to have his ambulance attacked by mobs. (Erin Blair)

*All names with asterisks have been changed.

I am standing in the charred remains of what was once a mosque, watching a sobbing man pick up burnt book pages from the ash-covered floor.

“Little children were supposed to learn here,” cries Yakub Pathan, 24, as he gathers the remnants of Qurans and children’s books. “Now where will they go?”

It’s Saturday, February 29, 2020, seven days after riots began sweeping through northeast Delhi. This is the first time locals dared enter their mosque. If any mobs come, we know the police standing guard won’t protect us — after all, they’re the ones who watched this building burn. Residents are risking their lives to show the media what happened, though none of the journalists are from the mainstream news. We walk, some with shoes and some without — no one can decide if it’s a mosque anymore. 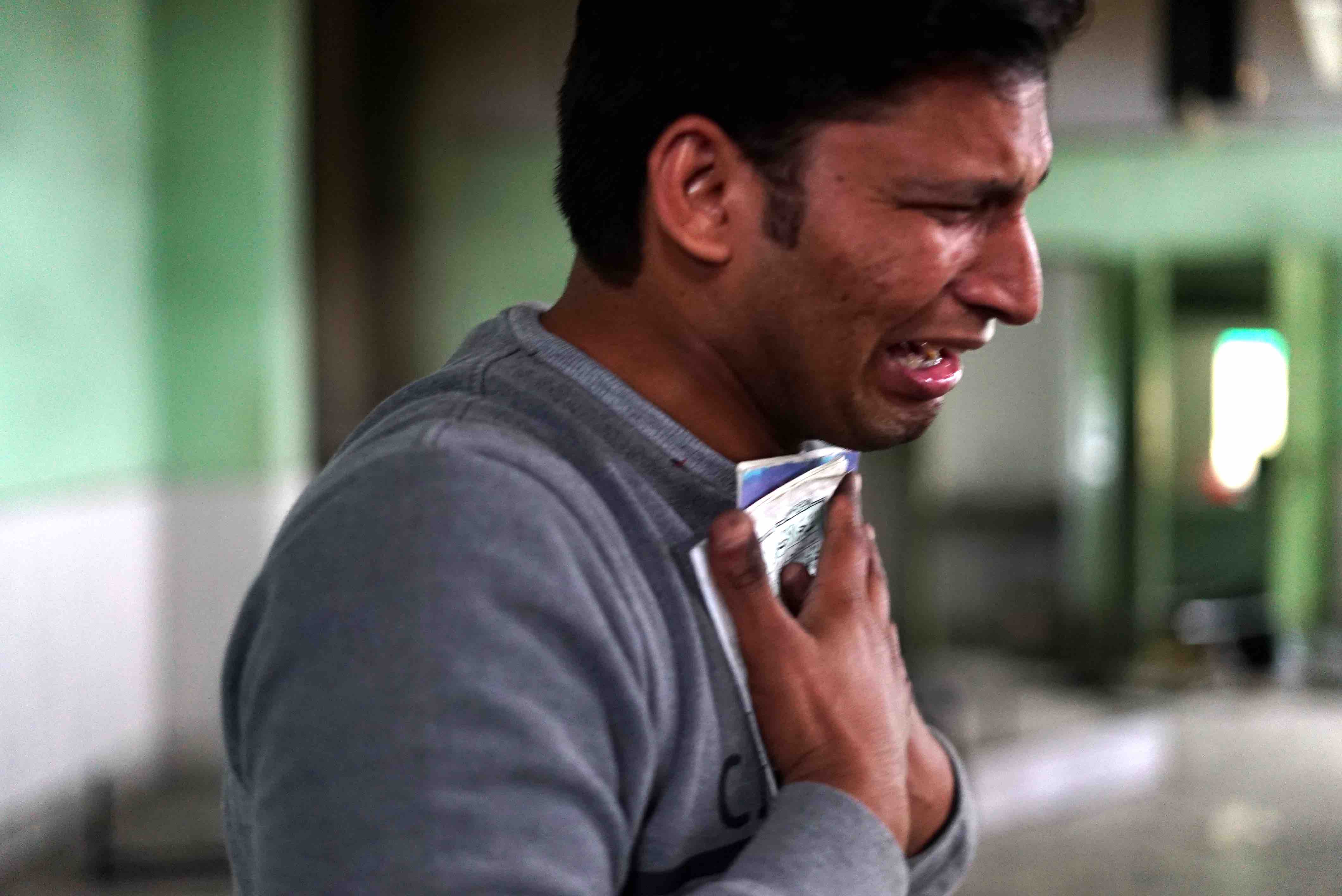 Yakub Pathan, age 24, weeps as he gathers loose pages from the Quran inside his desecrated mosque. Pathan is a barber, but his shop was burned down a week ago in the