For decades, Indian temples have been selling hair to Black women around the world as part of the $58 million human hair export industry. 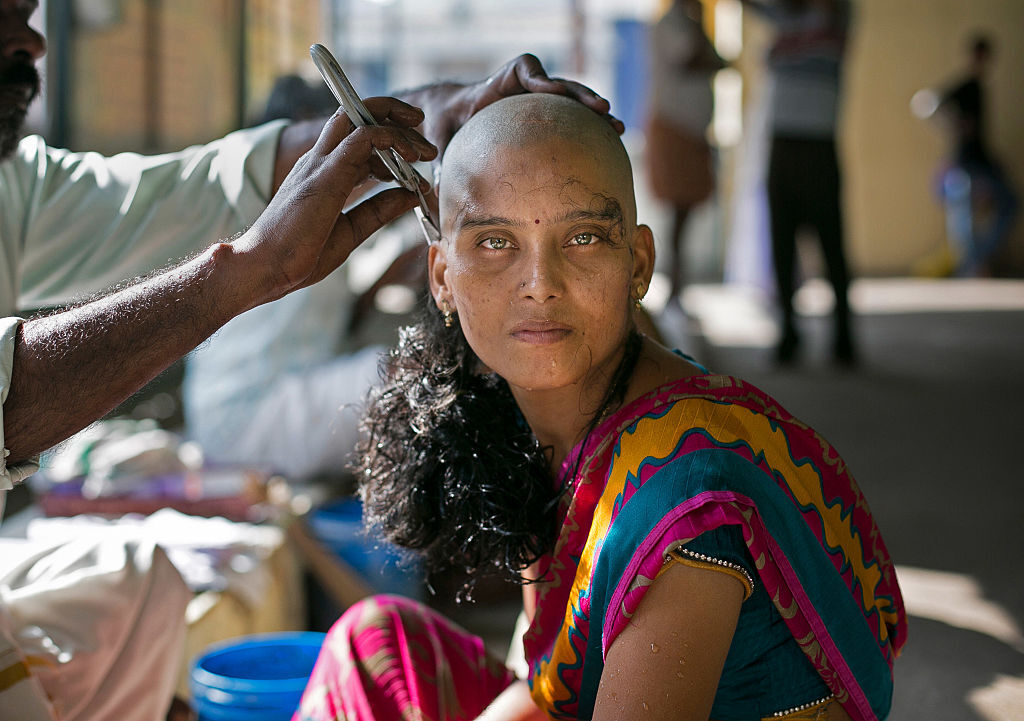 28-year-old Rupa has her hair shaved to donate at the Thiruthani Murugan Temple November 10, 2016 in Thiruttani, India (Photo by Allison Joyce/Getty Images).

Sana January’s hair boutique in Port Arthur, Texas is stocked with Indian hair, even though January has never set foot in India. The 52-year-old Black entrepreneur says Indian hair works well with Black hair texture and is prized for its adaptability. “Many Black consumers view Indian hair as the best of the best,” she told me. Indian hair can hold curls and retain shine, as well as be bleached stark white, allowing it to achieve any color, January said. January calls Indian hair the "Bugatti" of Black hair extensions, referring to the luxury car brand.

Centuries of prejudice against Black women’s natural hair — Black women are 1.5 times more likely to get dismissed from work due to a hairstyle, though the CROWN Act (“Create a Respectful and Open World for Natural Hair”) aims to fight this discrimination — has led them to seek out weaves, wigs, and other options. This has helped sustain a thriving global human hair market, where Indian hair competes with Chinese, Brazilian, and Peruvian hair for top pick. Browsing any website for human hair results in a flood of results for “Indian remy hair,” which refers to a highly desirable category of cuticle-aligned hair from Indian hair dono