Black History Month is an important time to remember the ties between Black and Dalit movements, complicated as they may be. 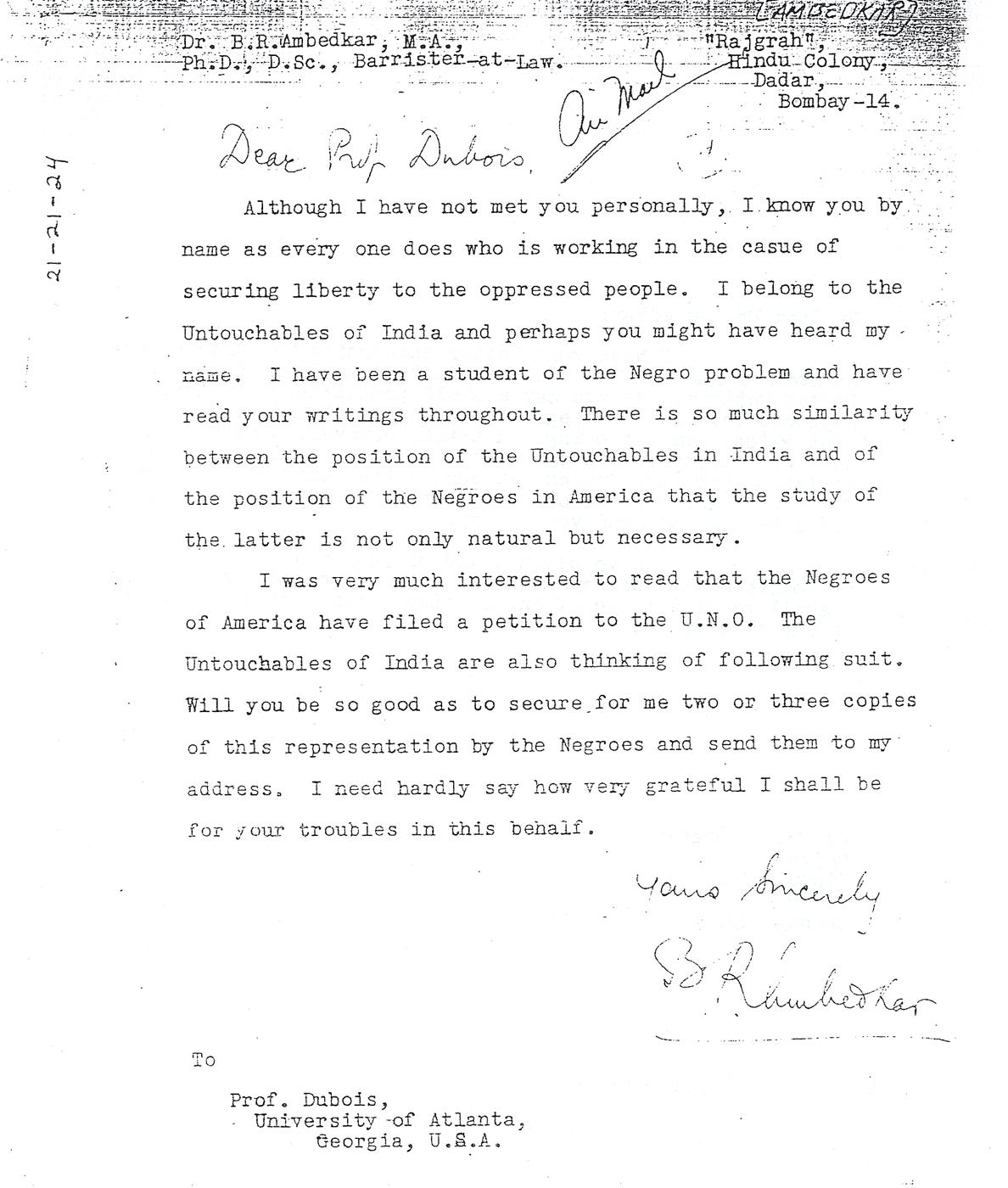 “Although I have not met you personally, I know you by name as everyone does who is working on the casue [sic] of securing liberty to the oppressed people,” B.R. Ambedkar wrote in a letter to American civil rights activist and NAACP co-founder W.E.B. Du Bois. “I belong to the Untouchables of India and perhaps you might have heard my name...There is so much similarity between the position of the Untouchables in India and of the position of the Negroes in America that the study of the latter is not only natural but necessary.”

The year was 1946, and Ambedkar was 55 years old. India, deep in discussions about the mechanics of a post-British South Asia, was a year away from independence. Within a few years, the Dalit social reformer would become independent India’s first Minister of Law and help draft India’s constitution.

Ambedkar believed a new India could not be created without equal rights and social freedom for Dalits in India, including banning untouchability and creating affirmative action-style job and school reservations. He was a vehement critic of what he saw as independence leader Mahatma Gandhi’s defense of caste. Gandhi opposed caste quotas in government, stating that they needlessly divided India, and even went on hunger strikes for it; Ambedkar felt caste was woven into the very fabric of Hinduism, and could not be dismantled without acknowledging it. It was ultimately Ambedkar’s vision for India — one that has caste-based reservation systems — that came to pass.

Ambedkar’s beliefs drove him to write to Du Bois. Du Bois had gotten together a “small group” of a