From Holi celebrations to paan shops, bhang has been consumed for thousands of years in India. 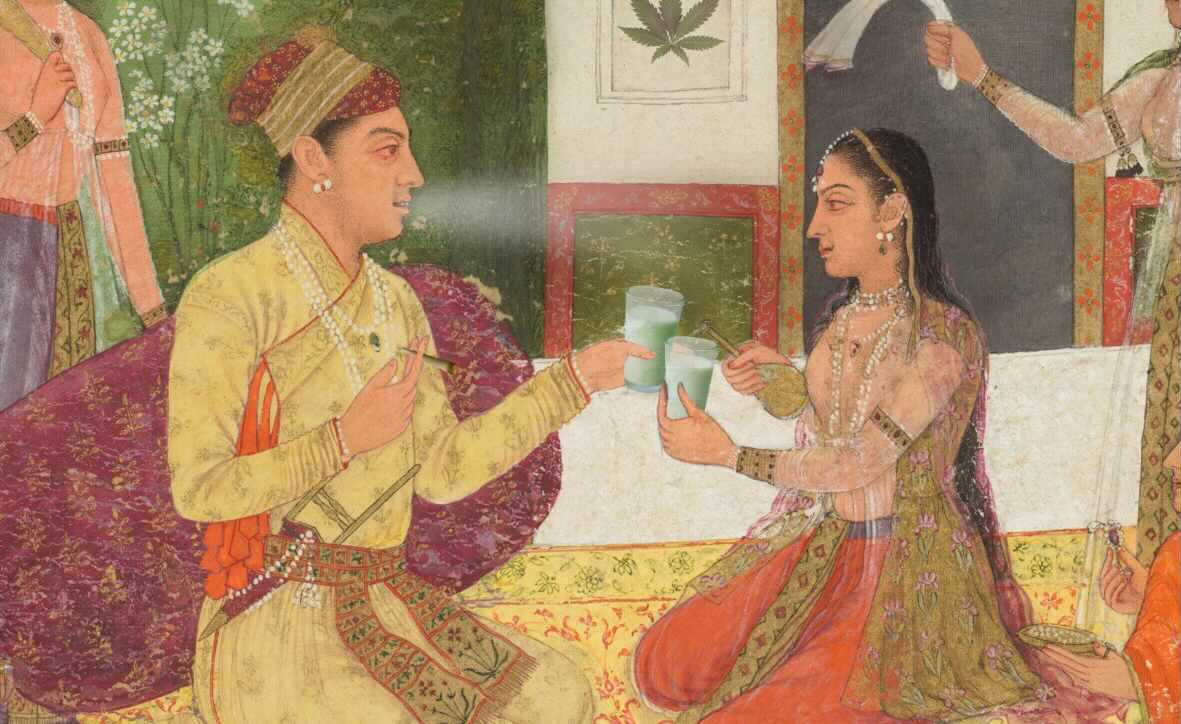 In the late 17th century, a captain by the name of Thomas Bowrey became the first recorded Englishman to describe the high of a mysterious Eastern intoxicant: bhang.

“It is of such a bewitching sottish nature, that whoever use it but one month or two cannot forsake it without much difficulty.”

But bhang was known to those in the subcontinent for centuries. The word “bhang” is scattered throughout ancient texts. References to it as everything from an analgesic to an aphrodisiac can be found as early as 400 B.C. The Atharva Veda calls it one of the five sacred herbs, while both Ayurvedic and Unani-Tibbi medicine list it as a treatment for rheumatism and malaria. The Arthashastra, the famed treatise on statecraft, claims that mixing bhang with ingredients including snakeskins and ivory can form a noxious gas to wipe out enemies; in One Thousand and One Nights, two-timing women slip it into the drinks of their lovers to abscond for a second tryst while they sleep.

Roughly equivalent to low-grade marijuana, these days, bhang has been called the “Poor