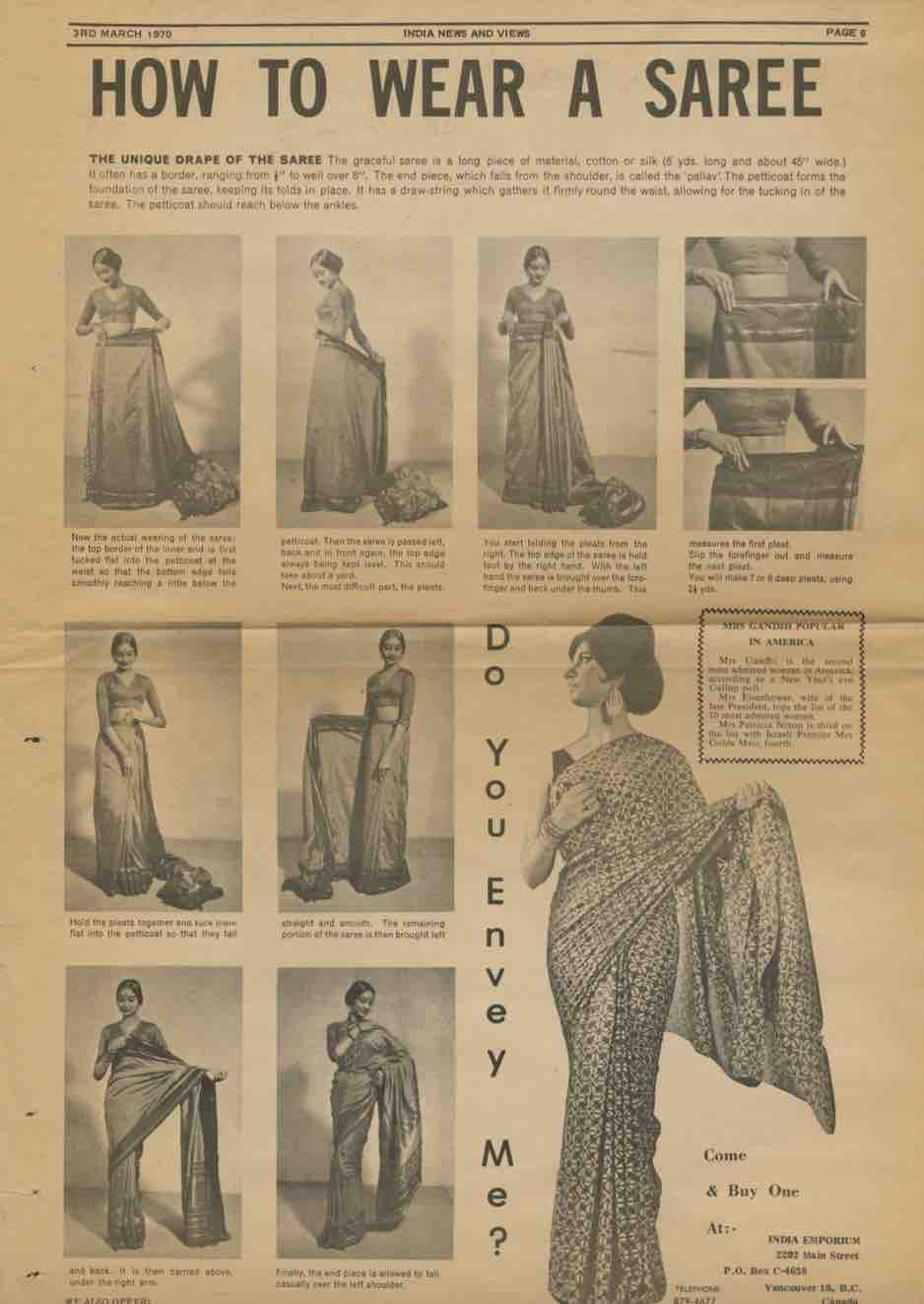 A March 3, 1970 issue of India News and Views features an illustrated guide on "How To Wear A Saree." (Ram Bagai Materials, via SAADA)

A newspaper clipping from a 1970 issue of India News and Views, a now-defunct publication for the South Asian diaspora, outlines "how to wear a saree." It’s difficult to find the paper online — but it’s on the South Asian American Digital Archive (SAADA).

SAADA’s vaults also include a picture of Dr. Anandibai Joshi, the first Indian woman to graduate with a medical degree from a U.S. university in 1886, and a 1909 picture of Indian farm laborers in California.

SAADA, which Samip Mallick and Michelle Caswell started in 2008, is the largest public archive of South Asian American history. It collects letters, photographs, newspapers, and other artifacts.

South Asians arrived in America over 200 years ago but their place in American history has been tenuous. Immigration restrictions such as the 1917 Asiatic Barred Zone established South Asians are perpetual foreigners. There were 5.6 million South Asians in the United States in 2017, and Asians are projected to become the