Though Harris is ranked as the most progressive senator in Congress today, Gen Z South Asians are less forgiving of her record as attorney general. 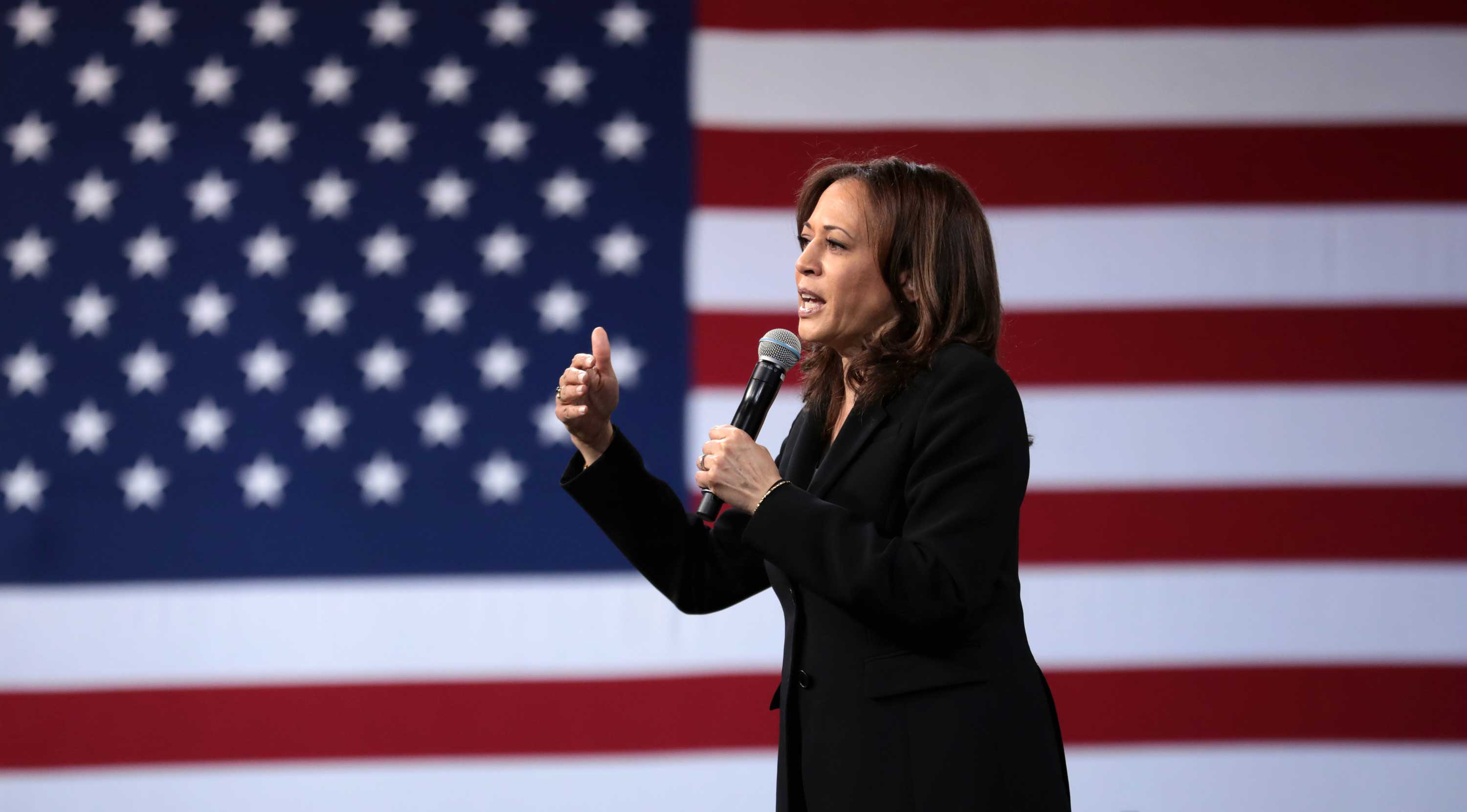 In the days after presumptive Democratic presidential nominee Joe Biden selected Senator Kamala Harris (D-CA) — the first Black woman and person of South Asian descent to be named to a presidential ticket in the United States — news outlets reported that Indian Americans were celebrating Biden’s choice.

Yet, even though over 50% of Indian Americans surveyed in 2018 by AAPI Data, an organization that produces demographic data and policy research on Asian American and Pacific Islanders, held favorable opinions of Harris, Harris’s vice-presidential nomination has stirred more complicated feelings among Gen Z (those born between 1997 and 2012) and millennial (those born between 1981 and 1996) South Asians. At the same time that many acknowledge Harris as one of many firsts, they’re more likely to be progressive and less forgiving of Harris’s record as California attorney general.

Young South Asians could have a significant impact on this year’s presidential election — 24 million members of Gen Z are eligible to vote this year, making up 10% of the electorate. South Asians also tend to be the most Democratic-leaning community among Asian Americans, according to AAPI Data founder and director Karthick Ramakrishnan.

U.S.-born children of immigrants also tend to be more progressive than foreign-born immigrants, added Ramakrishnan. Along with millennials, Gen Z is more likely to say that Black people are treated less fairly than white people in the U.S., that same-sex and interracial marriages are good for society, that more women running for political office is good, and approve of National Football League players kneeling in protest during the national anthem.

Prerna Singh, associate professor of political science at Brown University, said that she thinks Gen Z will be key, because they are not only new voters, but also more likely to be diverse than the previous generation. “It’s the confluence of Gen Z and a political climate that has seen unprecedented social mobilization in terms of Black Lives Matter, #MeToo, and the pushback against the attack on immigration and the border wall and the separating of children,” Singh said. 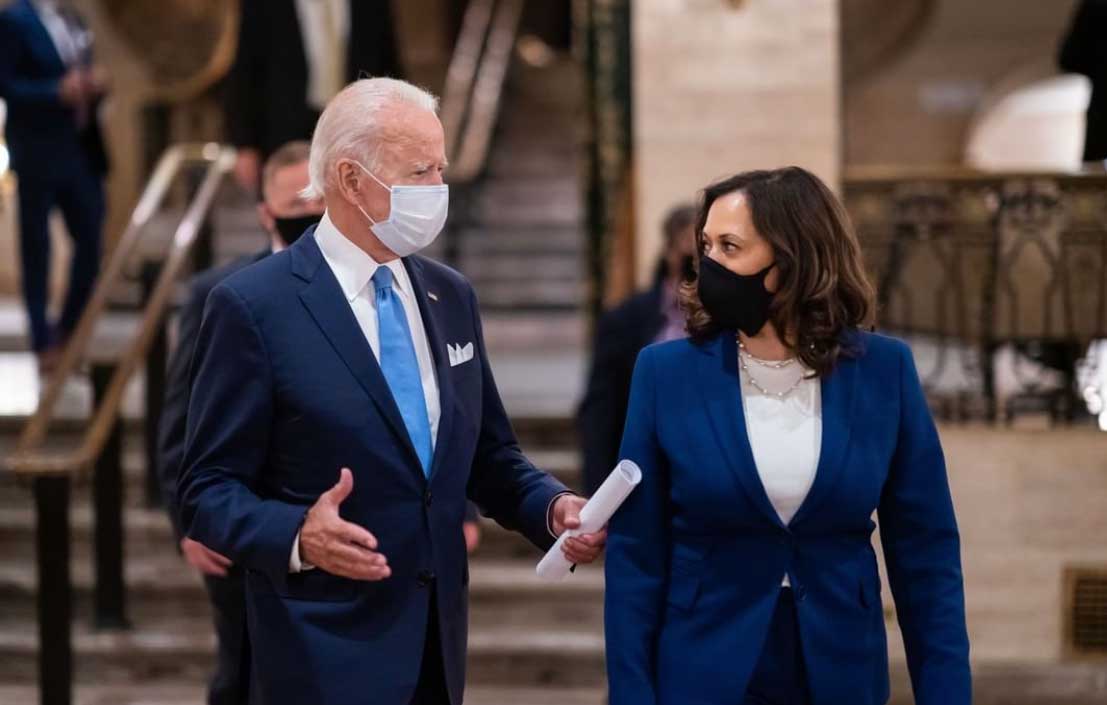 But Harris’s critics have denounced her record as San Francisco’s district attorney and California attorney general, such as an anti-truancy plan that prosecuted parents of children who skipped school and her resistance to efforts that would have increased accountability in police shootings.

Since her election to the Senate in 2016, though, Harris’s record has been more progressive. GovTrack, a website that tracks Congress data, ranked Harris as the most liberal U.S. senator during the 2019 legislative year — ahead of Senator Bernie Sanders (D-VT) — based on how similar the bills and resolutions she co-sponsored were to those of other Senators. ProPublica found that during the 116th Congress (2019-20), Harris agreed with two of the most liberal Democratic presidential primary challengers — Sanders and Senator Elizabeth Warren (D-MA) — on 92% and 96% of votes, respectively.

As a presidential candidate, Harris pushed to reinstitute and expand the Deferred Action for Childhood Arrivals program, eliminate private prisons, and provide both regulated private health insurance and a public option — though she had previously backtracked on her support for government-run healthcare. As vice president, she is joining a Biden campaign that is committing to a 100% clean energy economy and net-zero emissions by 2050, to reducing racial disparities in the criminal justice system, and to expanding healthcare coverage to include more low-income Americans — issues that Democrats surveyed by the Pew Research Center viewed as big problems in the U.S. today.

Yet, many people The Juggernaut interviewed were not familiar with Harris’s policies.

Joshua Kumar, 22, said, “It didn't seem to me like she had a strong vision for what she wanted America to be...She doesn't have something that's particularly different from anything other than the standard Democratic establishment.” While Kumar is happy to see Harris as the vice presidential pick, he wasn’t a supporter of her presidential campaign because it seemed like she was mostly running to prosecute President Donald Trump.

Regardless of the policy changes a Biden-Harris ticket represents, many voters were just excited to see Harris on the ticket.

Manav Thaker, 34, echoed this sentiment. He acknowledged Harris’s track record as district attorney but said that people can change. “[Joe Biden] said it best, that young girls who are Black or Brown can wake up and see someone that looks like them on stage with the potential president — I think that representation-wise, it’s a big deal,” he said.

For others, Harris’s identity plays a large role since it may impact her policies, too.

Kumar connects with Harris as a fellow child of immigrants — more so than her policy record. “She’s not the perfect representation,” Kumar said. “But…I have more conservative family members than me, and they were still happy with the pick because they thought, ‘Oh, at least, we’re in some form getting advanced on the stage, even if it’s not with someone who identifies completely with our community.’”

Though Navin Ramalingam, 33, can’t vote in this election because he is a student on an F-1 visa, he hopes Harris can speak to the nuances of being an immigrant in the U.S. and the inequities that South Asians face. He pointed out that Harris’s mother Shyamala Gopalan, a fellow Tamilian, had caste privilege as a Brahmin in India. “Not all immigrants [who] come to this country have the same experience right?” Ramalingam said. “People like Kamala’s parents and myself are one of the most privileged immigrants you could imagine. People coming over here — the round trip alone costs like $1,500-$2,000.” 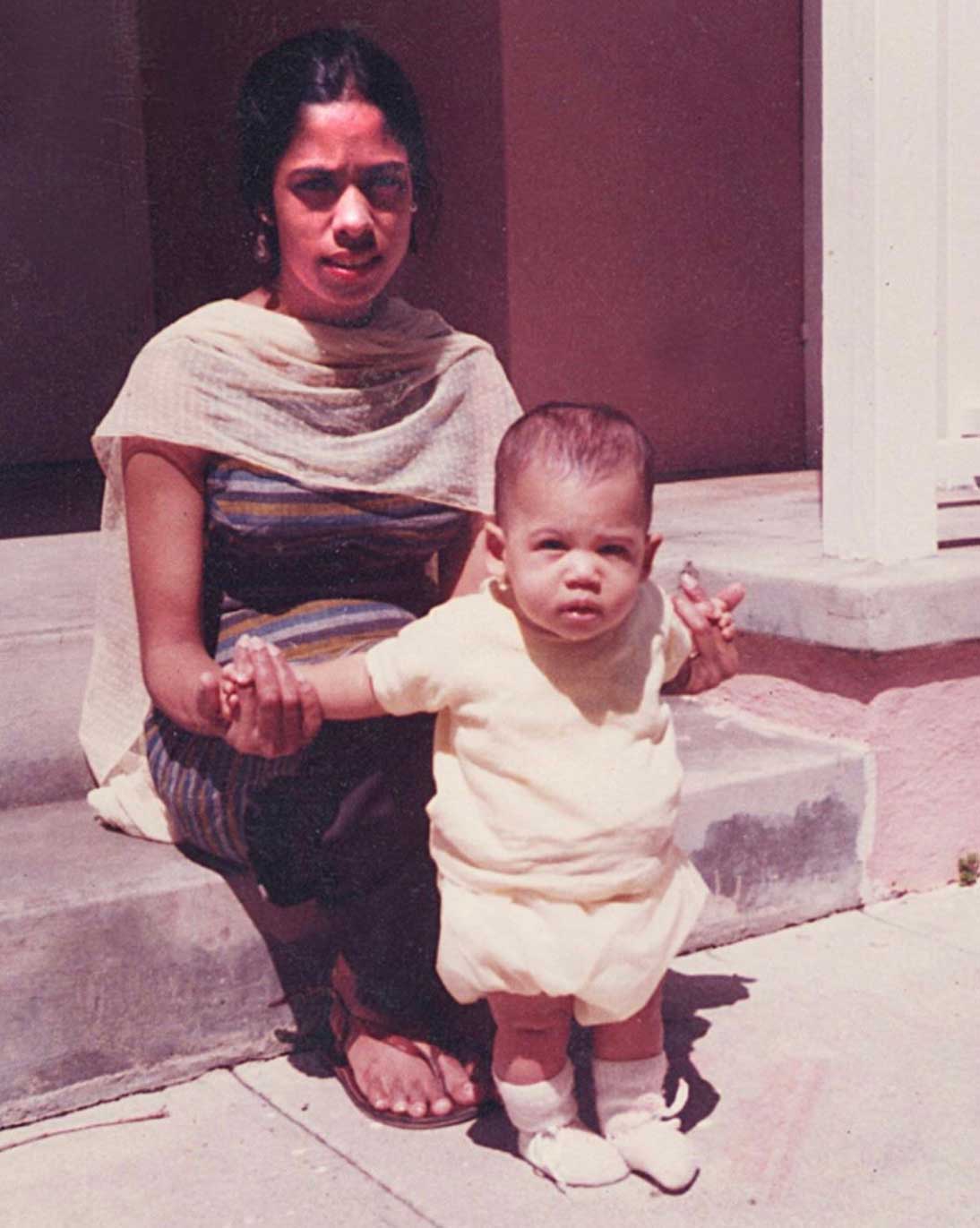 Many Gen Z and millennial South Asians don’t think representation is enough to change their views.

Shashank Pradhan, 31, who had supported Harris during the Democratic primary, identifies more with Harris’s values — Harris gets the crux of complex policy issues and thinks independently — than their shared South Asian heritage. “Obviously, she doesn't agree with 100% of what Joe Biden believes in, which I think is fine,” Pradhan said. “It could be a healthy sort of challenge between the two. But she's not afraid to say what she feels and what she believes in.”

Ria Mazumdar, 23, who considers herself a progressive voter, struggles to reconcile Harris’s South Asian identity with what she believes is a “severely problematic” record dealing with the prison-industrial complex. “Although it is admittedly very important to see people of Black and South Asian origin to be in politics, what’s far more important is whose policies tangibly reflect standing up for those communities,” Mazumdar said.

Others care more that Black voters resonate with Harris’s potential vice presidency, rather than identifying with her themselves.

Chef Vishwesh Bhatt, 54, is from Mississippi — a state that usually skews Republican — and he hopes that her nomination will energize Black Mississippi Democrats to turn out to vote for Democratic candidate Mike Espy, who is running against Republican incumbent Senator Cindy Hyde-Smith. “This is going to get some people excited,” Bhatt said.

Black activists predicted that Harris would make Black voters more excited for Biden’s run. A BlackPAC poll in April showed that 55% of Black voters would be more excited to vote for Biden if he chose a Black woman as his running mate.

Helen Sharma, 26, thinks it’s more important to hear the Black community’s opinions. “I've seen a lot of really varied perspectives from the South Asian people in my life...At the end of the day, I don’t feel like I have gotten, ‘Oh this is how [South Asians] should feel,’” Sharma said. “I feel like I’ve gotten more of a ‘this is how progressives feel,’ and that is where I want to put more of my energy.”

Experts are divided over whether Harris’s Indian heritage will make a difference in gaining votes.

Corri Zoli, associate teaching professor and director of research at the Syracuse University College of Law’s Institute for Security Policy and Law, said that many assumptions about identity-based voting behavior don’t necessarily hold. “In the case of the Obama administration, there was a very emphatic vote by the African American community…but I don’t think that voting behavior translates across different identity categories,” Zoli said. “If you think about the 2016 election...Clinton was very disappointed because she felt like women did not come out in increased numbers for her.” In 2012, 63.7% of women reported that they voted; in 2016, that number was only 63.4%. And though minority women favored Clinton, only 45% of white women voted for Clinton, while 47% of white women voted for Trump.

During the Democratic primary, Harris spoke about her mother, who immigrated to the United States from Chennai, India in 1958. In a campaign video, she and producer Mindy Kaling made masala dosa while talking about their parents storing spices in Taster’s Choice jars. While some South Asians embraced seeing parts of themselves in Harris, others were critical, saying that Harris only identified with the Indian community when it was politically favorable.

Indiana University sophomore Shaam — who asked that her last name not be shared — said Harris’s vice-presidential nomination has made her rethink how she will vote in November. “I don’t like how [Harris has] essentially profited from the Indian identity whenever it’s convenient to her,” Shaam, 19, said. “Yes, her name is Kamala, which is a common Indian name…so it’s not like she could hide it. But it seems like a very cheap gimmick.”

Shaam added that she wants to see someone who is more progressive as Biden’s vice president pick. “It’s very wrong to just see it as Trump and not Trump, and that actually diminishes what Biden and what Kamala are trying to do.”

Sharma, who is half Indian and half white, identifies with being perceived as both too much of one and not enough of the other culture. “I’m hesitant to say that there’s a right way to be Indian,” Sharma said. “However, I do think that — and this is less about Kamala and more about politicians in general — every move is a political one. Embracing that identity now, and not necessarily speaking out about it beforehand, does read to me as pandering.”

However, Prashant Swami, 21, thinks it’s unfair to have expectations about how a person identifies with their biracial heritage. He thinks Harris speaks about being a Black woman more on the campaign trail because it is more relevant in discussing U.S. race relations. “I know a lot of Indians who are like, ‘Oh, she doesn’t talk about being an Indian,’ and I think that's a very racist kind of idea of what it means to be an Indian.”

Nikki Velamakanni, 19, who identifies as progressive, decided that she wouldn’t vote for Biden after Sanders dropped out of the presidential race, but for the third-party Green Party ticket. She sees Biden and Trump as two sides of the same coin, and neither will help the working class.

Natasha Roy is an Indian American freelance journalist who has reported from Atlanta, New York, and Ghana. She covers Asian American communities and public education, and has written for several publications, including NBC News and Inc. Magazine.

Voters are already crossing both party and ideological lines to support the Biden-Harris ticket.

Opinion: Who is Kamala Harris Running For?

The presidential candidate has done little for South Asian Americans other than embrace her identity. Should we expect more? What should we expect?