Critics pressured ad agencies to withdraw the billboards over concerns about Hindu nationalism; devotees still gathered to celebrate the temple. 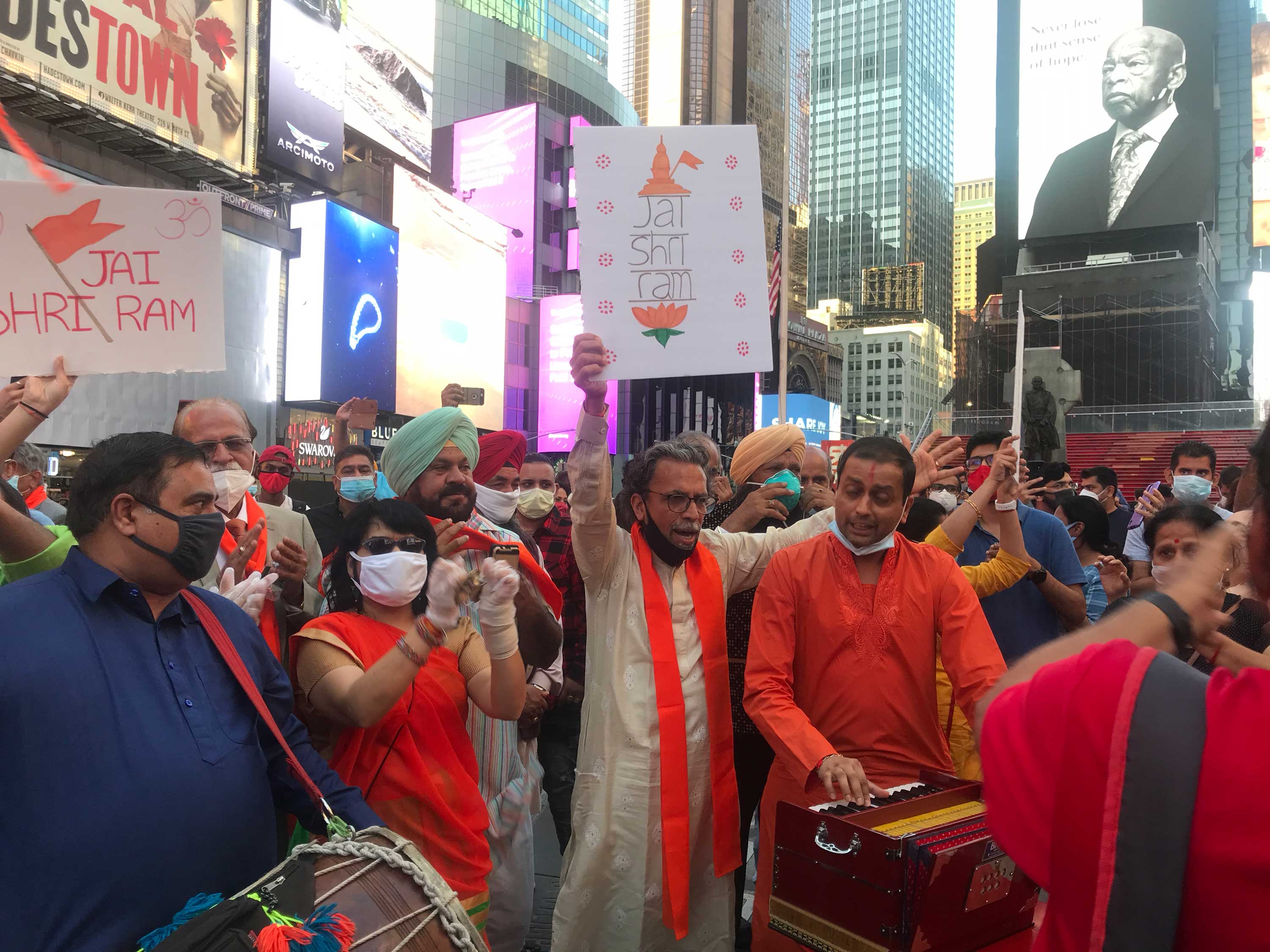 When Old Westbury, New York native Jagdish Sewhani learned that Indian Prime Minister Narendra Modi was going to be laying the foundation of a Ram temple in Ayodhya, Uttar Pradesh on Wednesday, August 5, he put out an announcement to gather devotees. Over the next six days, the volunteers of this newly formed Ram Janma Bhoomi Shilanyas Celebrations Committee of USA, of which Sewhani is the chairman, raised funds to buy a piece of one of the most prized and pricey real estate in New York City — Times Square billboards — to broadcast images of Ram and the soon-to-be built temple.

For Sewhani, August 5 was a day some Hindus like him had been dreaming of — the reconstruction of a grand temple at Ayodhya. The site has been contentious since the 1500s, when Babur, the then-Mughal ruler ordered a mosque, Babri Masjid, to be built on what some believed to be the same land as the birthplace of Lord Ram. Centuries later, in 1992, Hindu nationalists, including members of the now-ruling Bharatiya Janata Party (BJP), razed the mosque in a mob attack, sparking communal violence across the nation. Last November, India’s Supreme Court ruled that the land be used to build a temple and a mosque be built on more distant land. 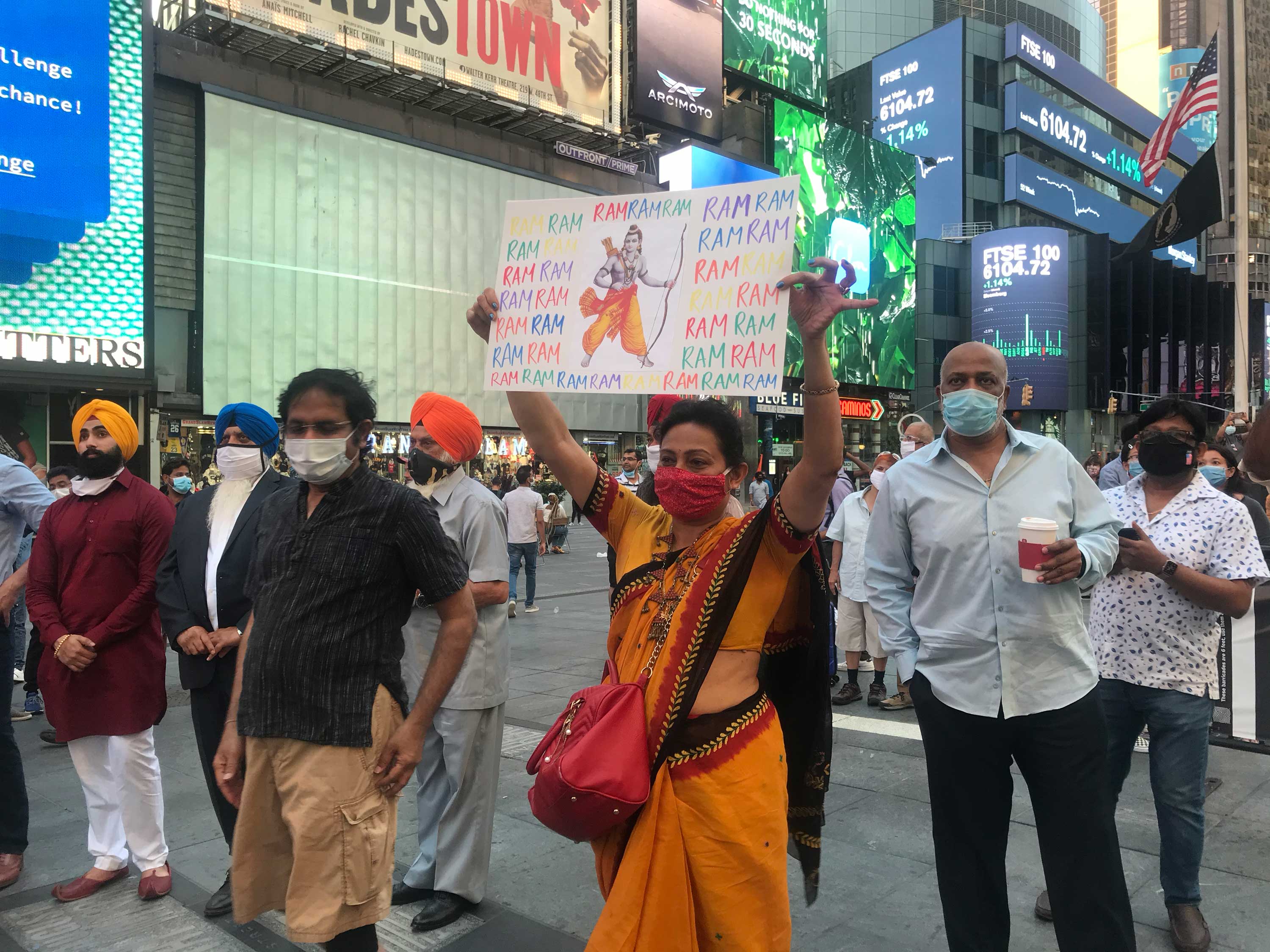