How an ancient tradition cemented itself in Parsi kitchens, and why it is now fading away. 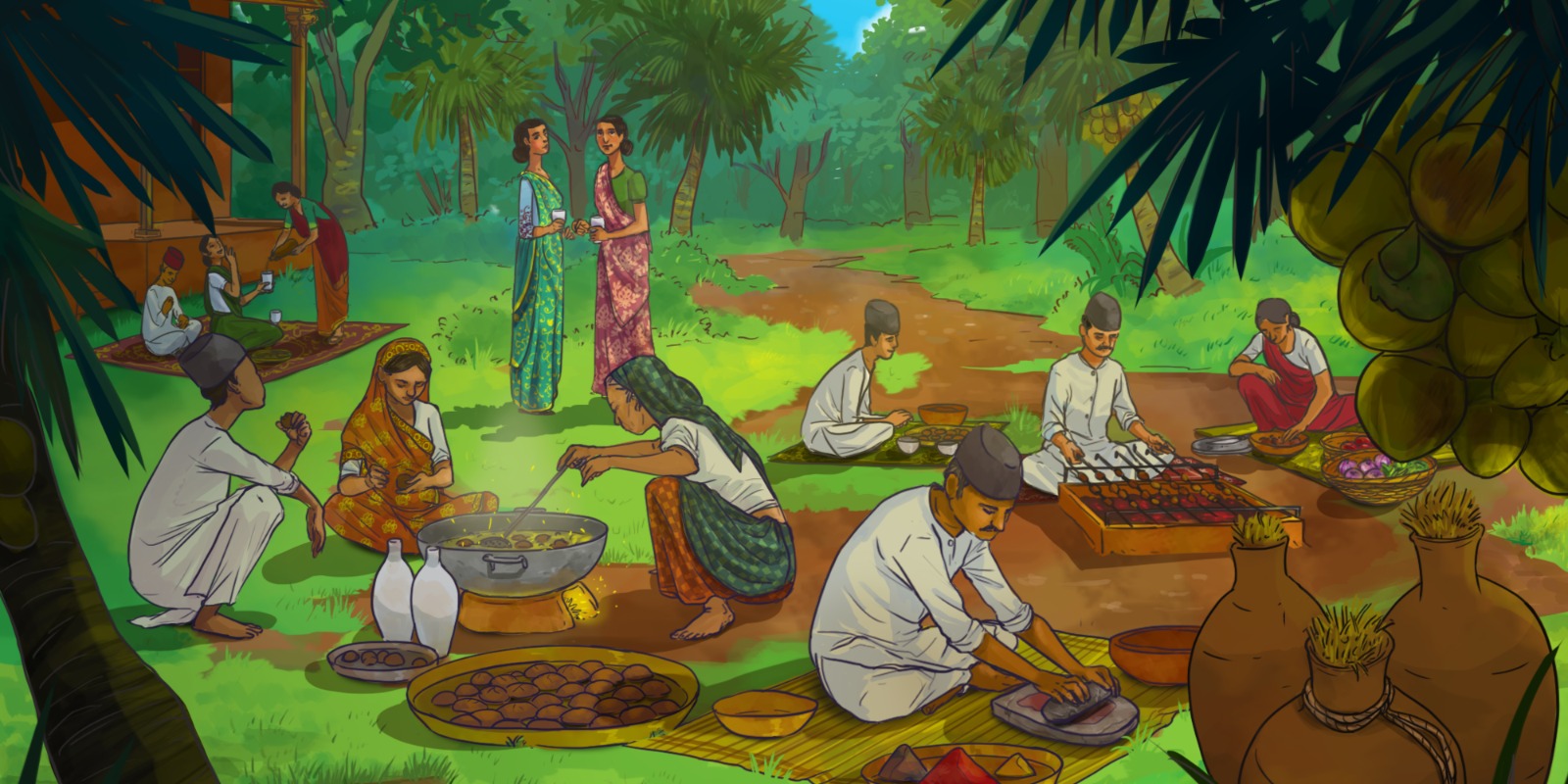 Priyanka Tampi for The Juggernaut

There is a sliver of Gujarat that is an irresistible lure for Parsis: on minuscule Parsi hamlets in Sanjan, Navsari, and Udvada, rutted roads tendril through chikoo orchards, past serried shores, past crumbling Parsi bungalows, whose grounds are lush with palm trees bearing palmyra, date, and coconut. The palms yield themselves completely, their bark and leaves turned into boats and fences and beams and baskets, their fruit eaten plain or turned into palm jaggery. Delectably, these palms also give us toddy.

Toddy tapping is an ancient art. Every evening, toddy tappers, usually indigenous Adivasis, shinny fluently up the trees, slicing wounds into the inflorescence (a thick stem knotted with flowers) of the palm. The tree bleeds into carefully-placed matkas, which harvesters then gather early in the morning. This is neera — sweet, fizzy, refreshing. Left on its own for a day or so, its flavor deepens, sours, and ferments to make tari (toddy). Most toddy is sold. Some is handed over to the Parsi landowners, who drink it bubble-fresh or transform it into simple, delicious stews or kadhis.

To follow the history of toddy is to track the story of Parsis in India. Toddy, once a fervent Parsi tradition, was threatened by British colonial policies that aimed to stunt local liquor production. But it was Gujarat’s exacting prohibition laws and a Parsi exodus to Bombay that nearly slew it. Today, Parsis seeking to assuage their thirst travel to drowsy towns in and around Gujarat. Toddy is an elegy for a pastoral Parsi culture and identity, one built on the adoption of diverse traditions, one that has nearly disappeared due to urbanization.