Seema Verma and the #DesiWallofShame 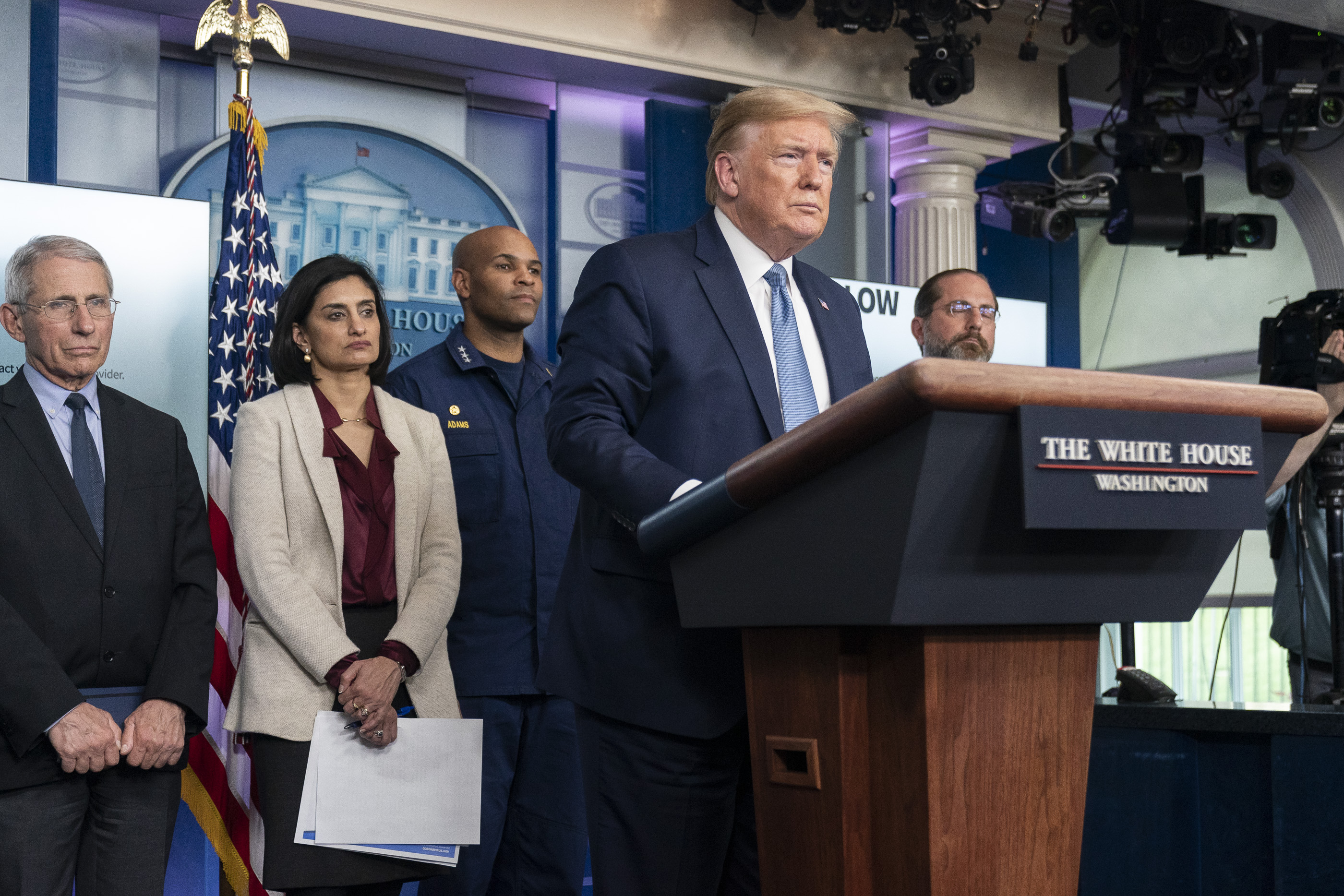 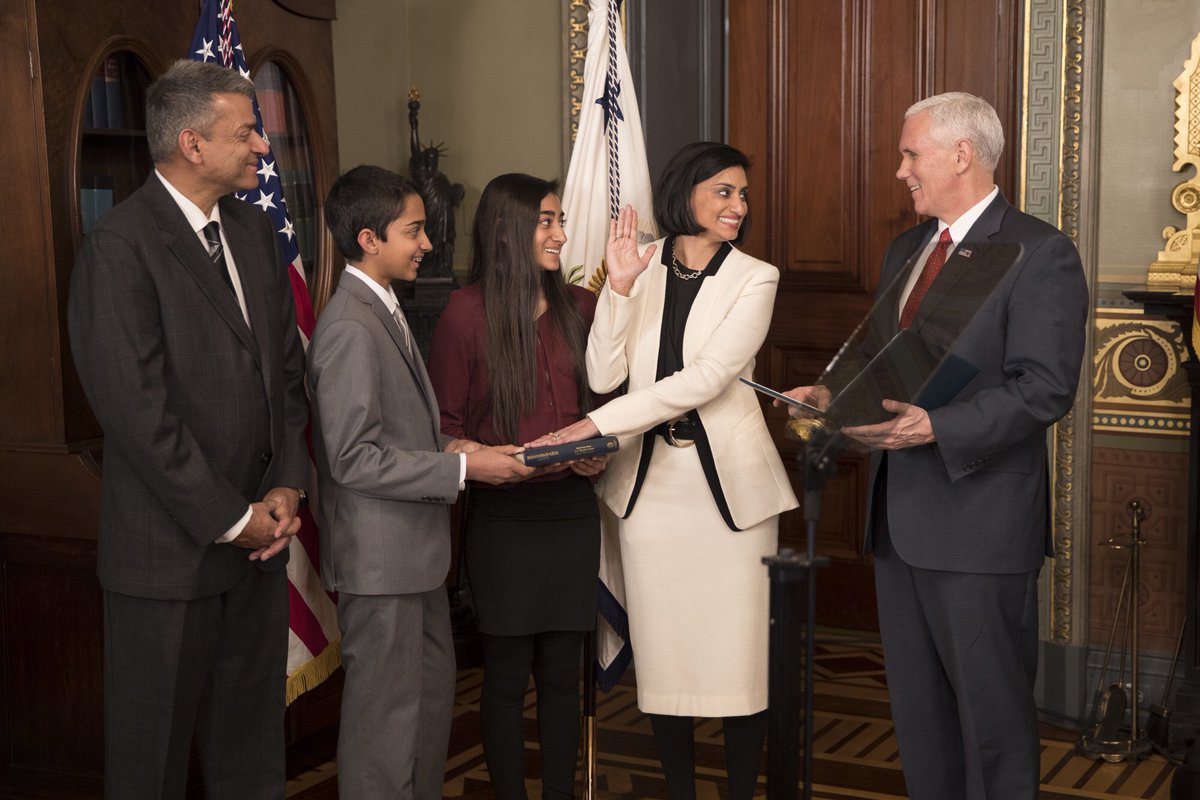 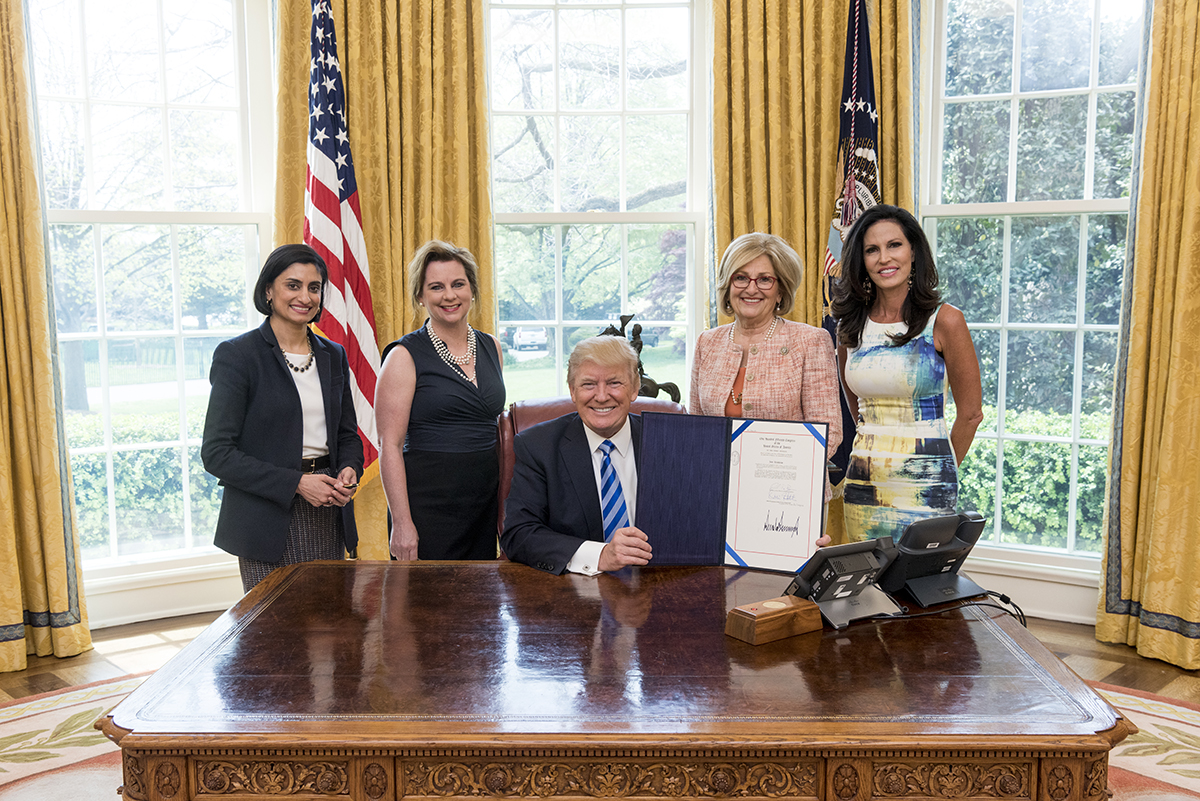 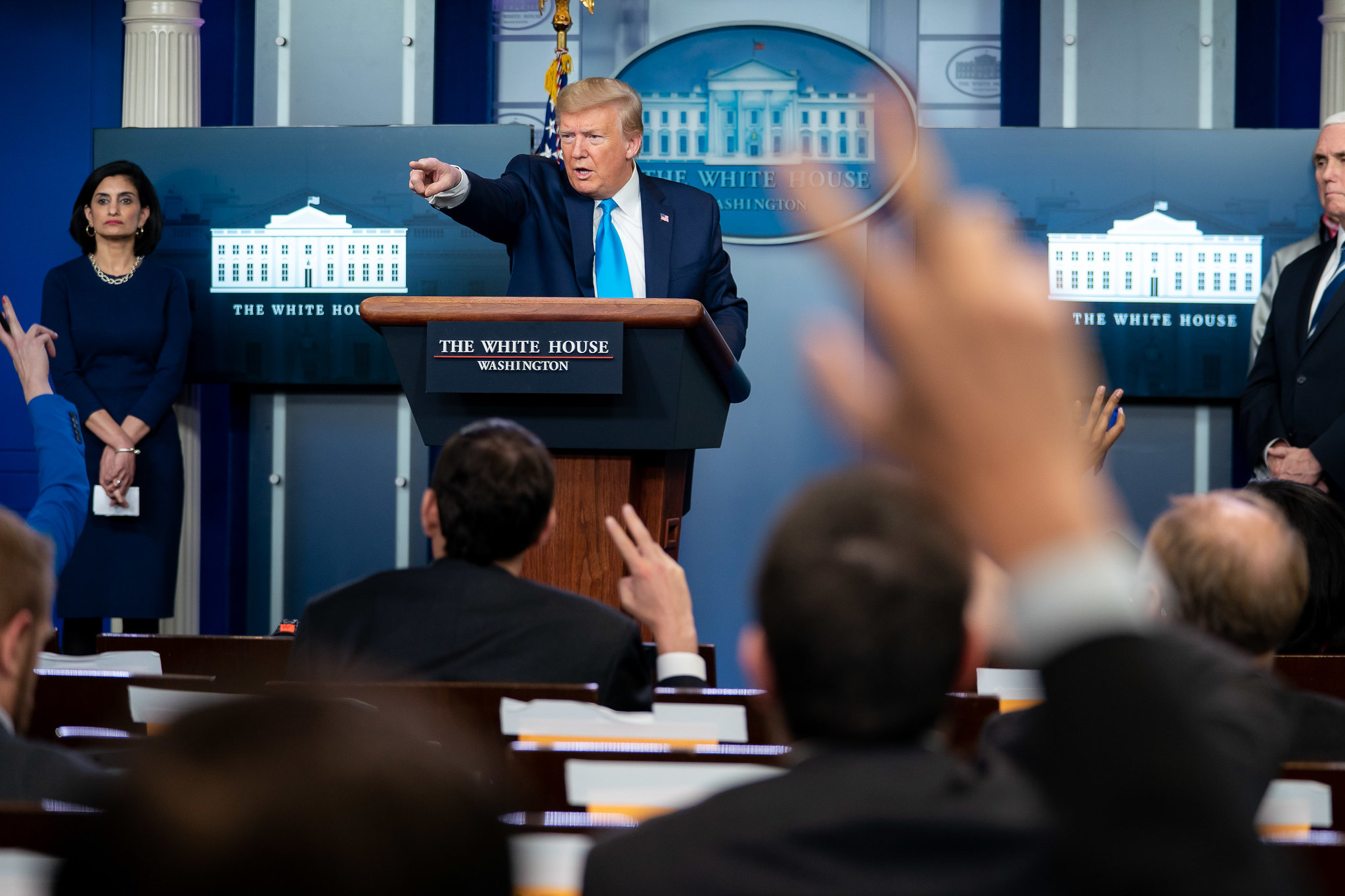 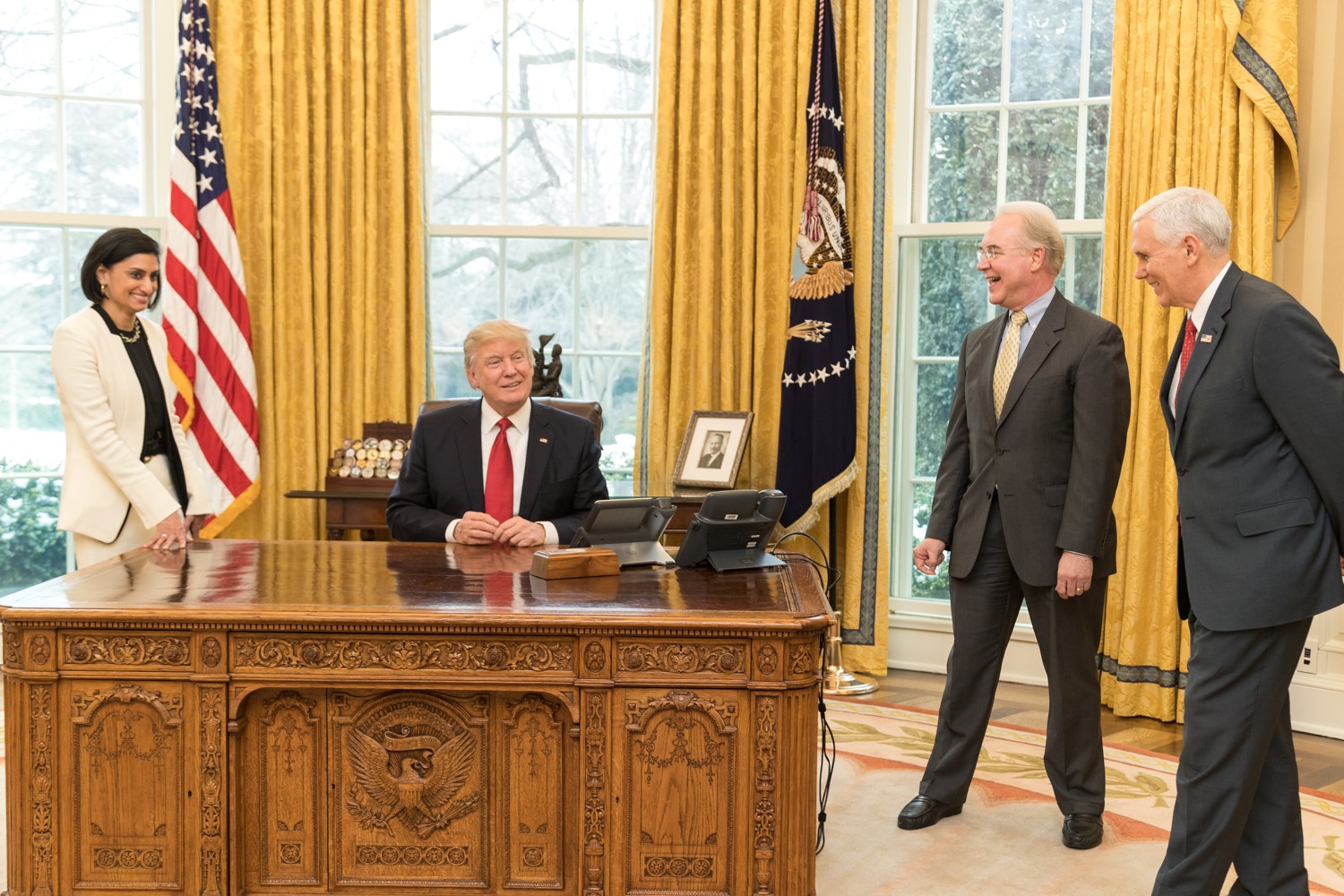 President Donald Trump with (clockwise from left) Ms.Seema Verma, Administrator of the Centers for Medicare and Medicaid Services, Secretary Tom Price, U.S. Secretary of Health and Human Services, and Vice President Mike Pence on Tuesday, March 14, 2017, in the Oval Office of the White House. Verma was sworn in as the Administrator earlier in the afternoon by Vice President Pence. (Official White House Photo by Shealah Craighead) 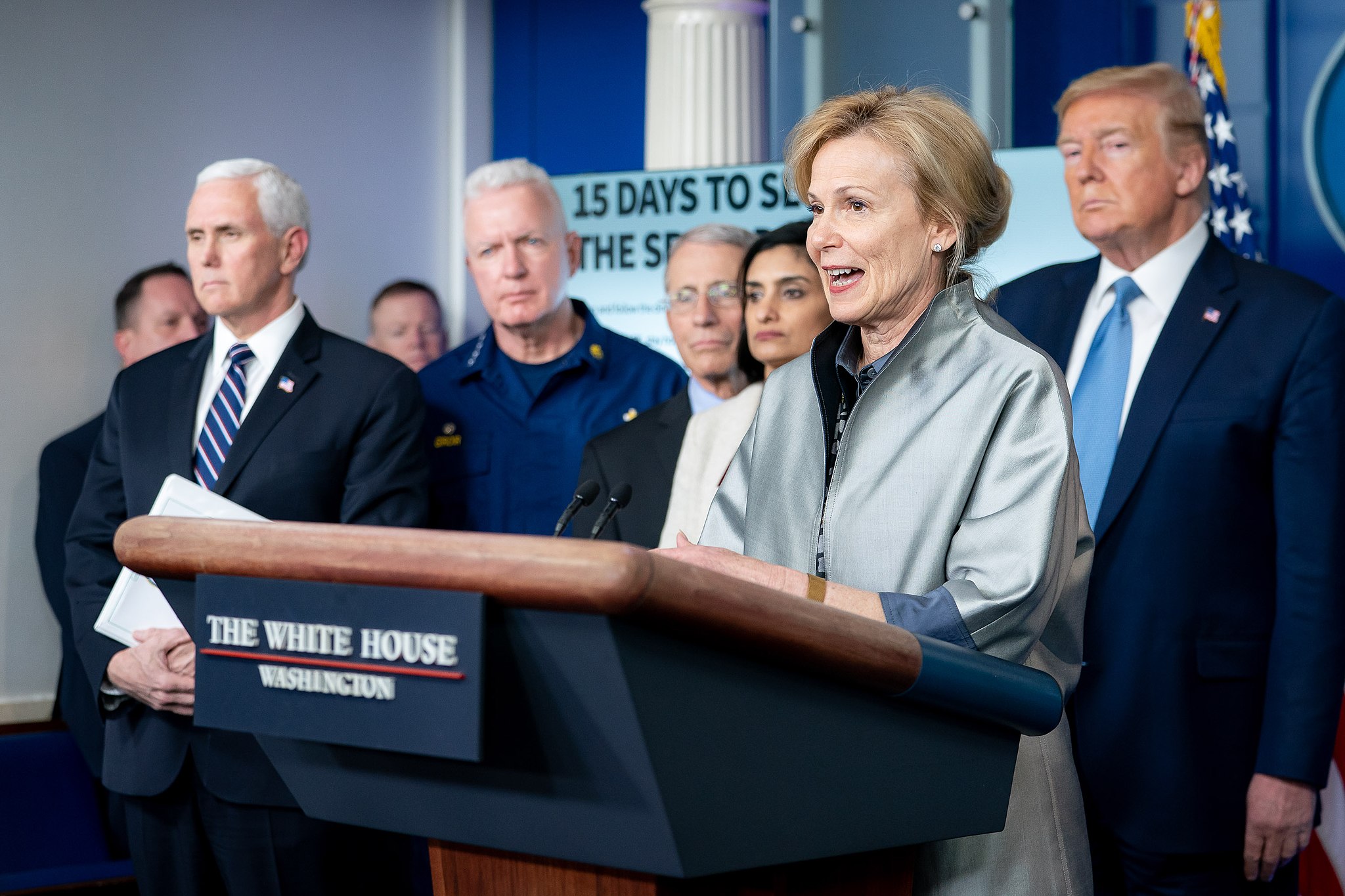 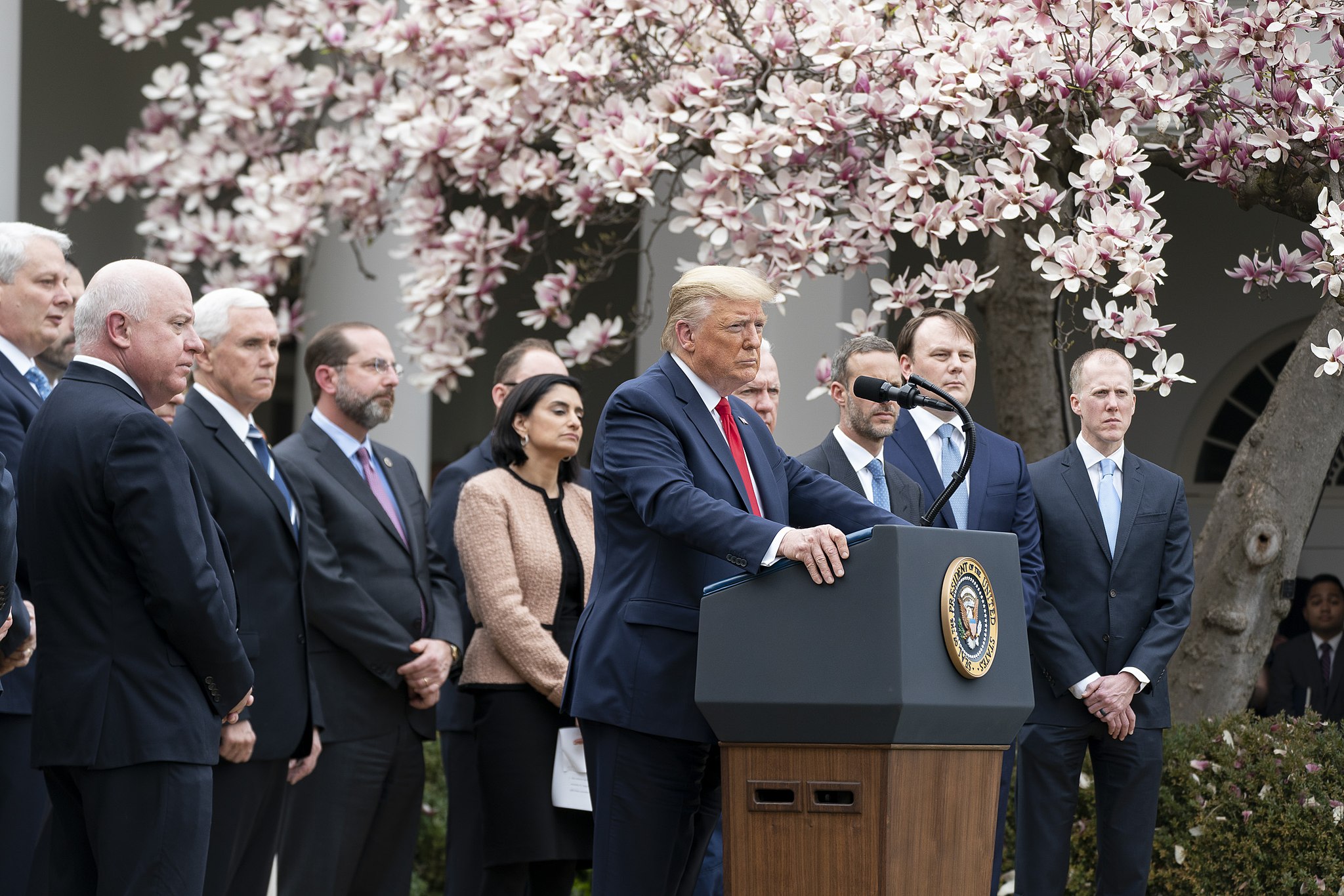 President Donald J. Trump listens to a reporter’s question after announcing a national emergency to further combat the Coronavirus outbreak, at a news conference Friday, March 13, 2020, in the Rose Garden of the White House. (Official White House Photo by Shealah Craighead)

Seema Verma and the #DesiWallofShame

The U.S. coronavirus task force member is the latest Indian American to receive flak, for her work in the Trump administration dismantling federal healthcare systems.

In the early days of the coronavirus pandemic in the U.S., my family and I watched the government addresses and asked, "Who is that Indian lady standing behind the president?"

Seema Verma isn't just a diversity prop — she’s one of the most influential people in the country, both as a part of the White House’s coronavirus task force and the head of the Centers for Medicare and Medicaid Services (CMS).

She is also one of the earliest members in a long line of South Asian Americans to be part of the #DesiWallofShame on Twitter, a hashtag that started trending in mid-2017. Verma joins Indian Americans such as Federal Communications Commission (FCC) chair Ajit Pai, former U.N. ambassador Nikki Haley, and U.S. Circuit Judge Neomi Rao. These appointees have consistently championed some of U.S. President Donald Trump’s most controversial policies — such as restricting access to healthcare and rolling back efforts to close the gender pay gap.

“These appointees talk about being Indian American but the thing is, you can't claim identity with this community if you’re also advancing measures that harm us, as well as other communities of color,” shared Deepa Iyer, one of the founders of the Wall of Shame.