A "short brown guy from a small island" shared his native food with the world — and they ate it up. 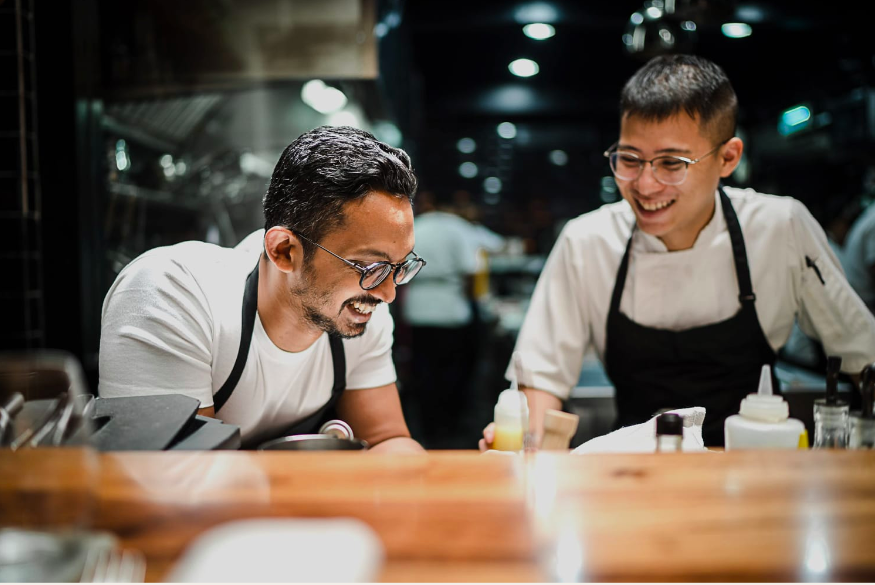 When Rishi Naleendra was a teenager growing up in Sri Lanka, he remembers peeling onions with his aunt and uncle at a campsite. “That was the only cooking I did,” he told me over a Zoom call in July, reminiscing about his childhood.

Naleendra, now 35, grew up in a household where food was abundant, thanks to his parents’ catering business. The aroma of freshly cooked curries filled the walls of his childhood home in Dehiwala in suburban Colombo. Rice simmered in creamy coconut milk for morning kiribath, a ceremonial delicacy for auspicious and celebratory events, such as the New Year Day or the first day of a new job. Naleendra’s parents caramelized sliced onions to prepare seeni sambal, a popular everyday condiment. His friends visited his home often, mostly to eat his parents’ delicious local fare. On many mornings, Naleendra’s mother would wake him up with a glass of kola kenda, an herbal porridge prepared with leafy herbs, rice, and coconut milk — Sri Lankan mothers believe that kola kenda gives you brain power.

None of this was convincing enough for Naleendra to follow in his parents’ footsteps. He rarely stepped inside the kitchen. Cooking, as he remembers it, was his least favorite thing to do.

Yet, in 2017, Rishi Naleendra became the first Sri Lankan-born Michelin star winner in the world. His journey starts thousands of miles away from his childhood home. In 2004, when Naleendra left Sri Lanka to chase his dreams in Australia, he was an aspiring architect. But fate had other plans.

A few months into his architecture program, a friend told Naleendra that it took only two years to get Australian Permanent Residency if he ear