Know Your Muses: The Queer Theory of Falguni Pathak 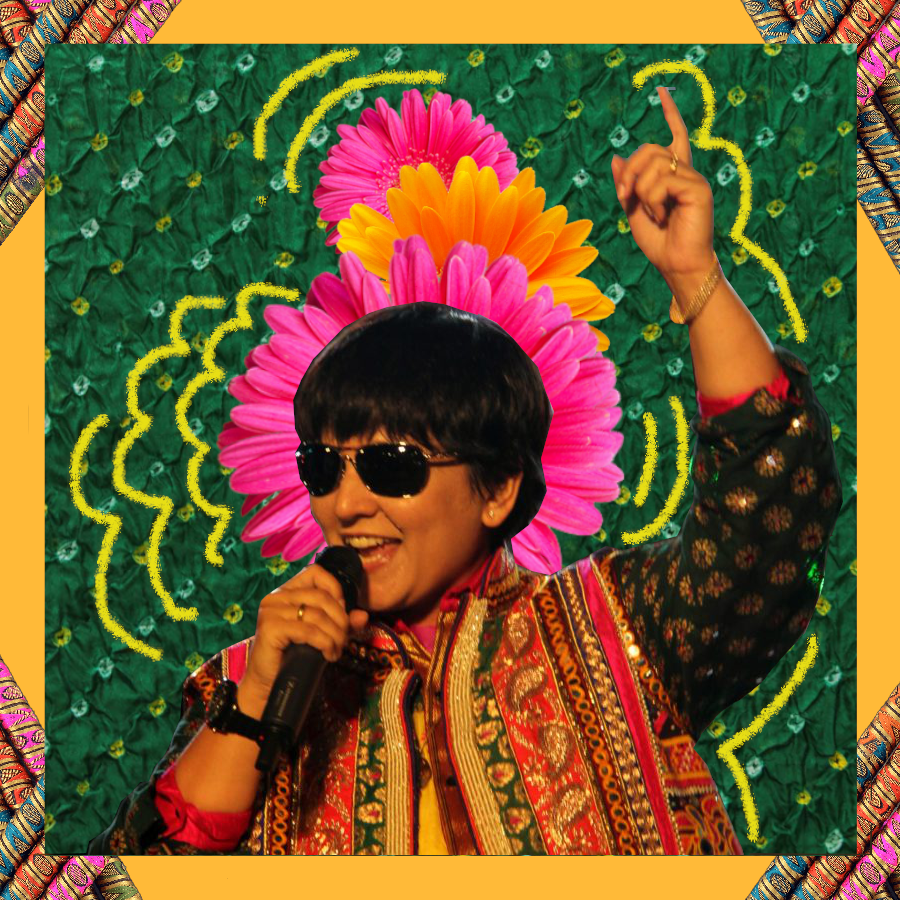 Know Your Muses: The Queer Theory of Falguni PathakFariha Róisín

Naively, when I listened to Falguni Pathak in my youth, I assumed, because of the pitch of her voice, that she was cut in the mold of an archetypal Bollywood actress—an unattainable, inaccessible beauty.

But recently, upon rehearing Pathak’s high-pitched singing in "Maine Payal Hai Chhankai" and watching the music video for the first time, I noticed the small head with a mop of hair styled like Justin Bieber, or the boy bands of the 90s, Nick Carter style. I had never known Pathak’s gait, but as the head bopped enthusiastically from side to side, draped in an oversized cherry-red sweatshirt, collar popped up, I had to do a double take. It was the looseness of the sweatshirt that hung on a body so similar to mine when I was a somewhat gender dysphoric child that gave it away. Pathak was comfortably masc in a way I’d never seen anybody visibly conquer in Bollywood entertainment before.

As a child, it felt all-consuming to be tied to the hyper-femme, hyper-innocent paradigm of the South Asian woman onscreen. Even Kajol’s butch-chic Anjali Sharma in Kuch Kuch Hota Hai transforms into a sari-wearing goddess to fully deserve Shah Rukh’s Rahul. There was a script—and Bollywood was a way to enforce these standards.

But, as singer and narrator, Pathak is somewhat freed from the scrutiny that visible stars in India face. She presents a gender that is complex, outside of the patriarchal connotations and linear machinations