Trans women are trading the sidelines for the spotlight, with TikTok giving them a space to showcase their humor, talent, and joy. 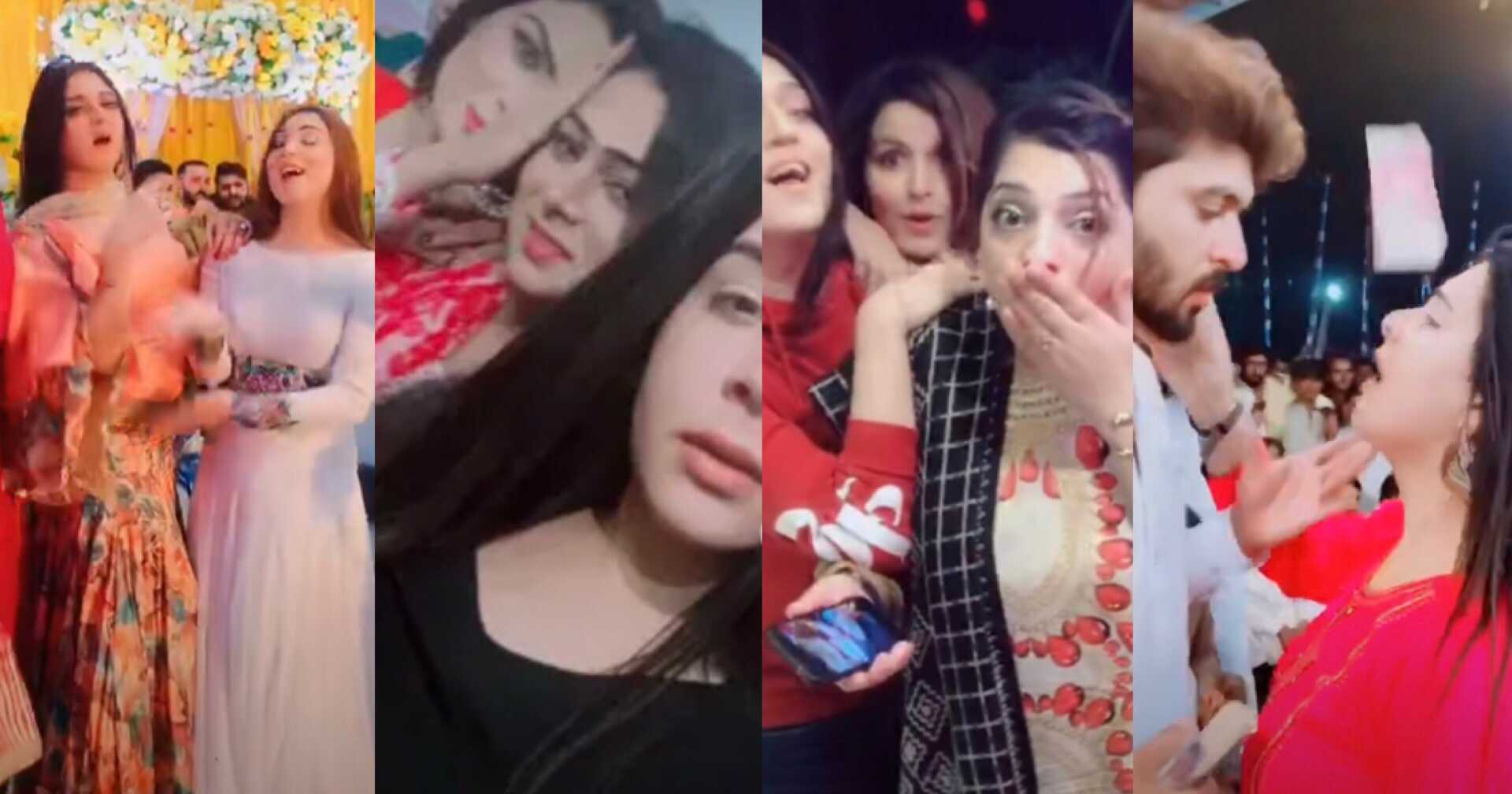 “No one gives you money to cover up, but often they spend all their riches to see you with your clothes off,” says TikTok star Neha Malik in a video. Her page is filled with lip syncs to songs, funny skits, straight-up facts, and thirst traps; each video is so entertaining, it makes you want to keep scrolling to the next post. She’s not scared of being vulnerable either. In a series of unscripted videos, she’s dramatically complaining to her friends about a (real or fictional) Malik Sahib because he doesn’t love her enough. But Neha probably doesn’t need Malik Sahib at all, given the hundreds of fans professing their love for her in all caps in her comments: “SO CUTE. I LOVE YOU, NEHA.” With 3.7 million TikTok followers, Neha only follows seven people. You can tell by her ada and nakhras, she knows she’s it. 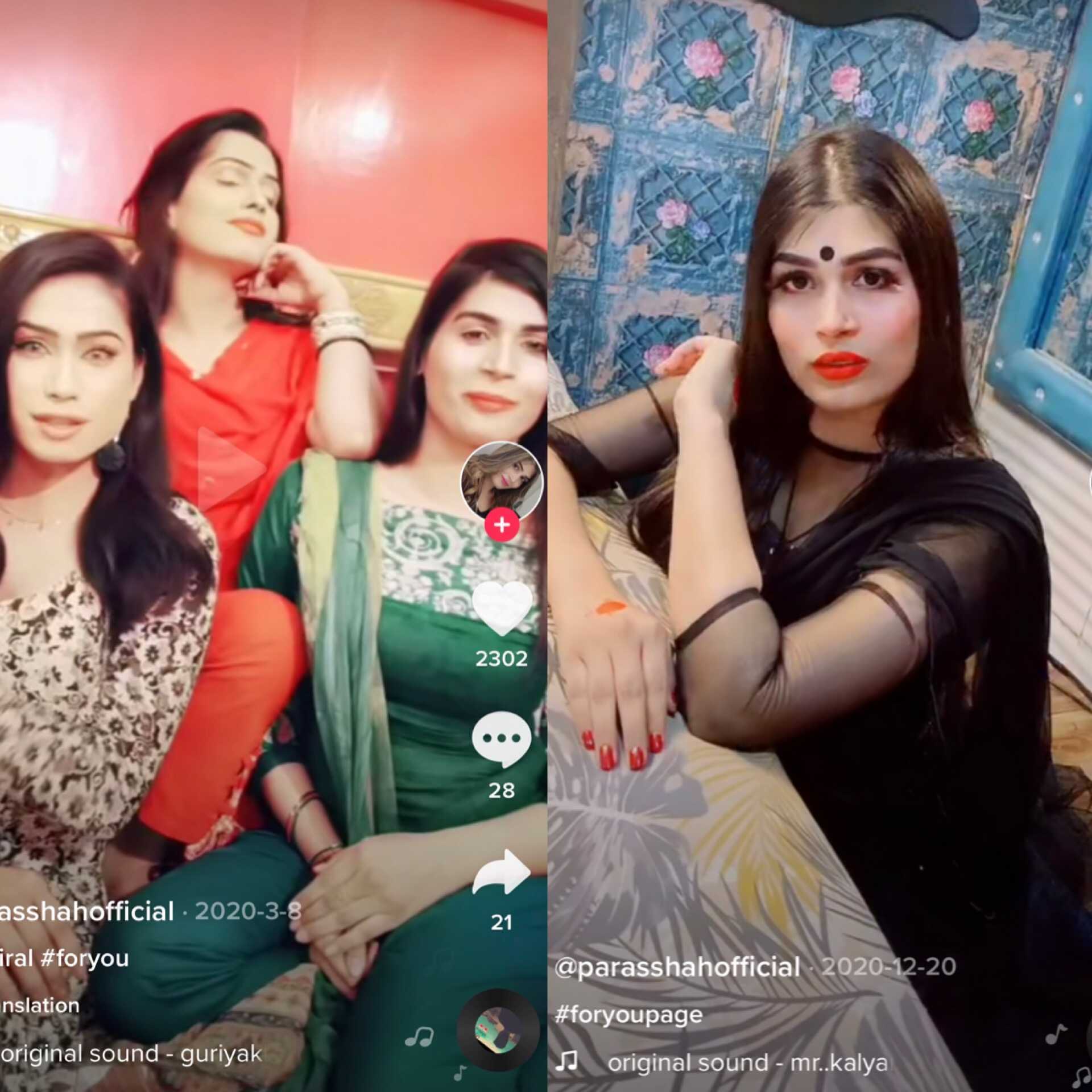 Like Neha’s page, Paras Shah’s TikTok feed is part-travelogue, part-Bollywood montage, and part-testament to her acting prowess. In one of her recently posted videos — which has racked up 4.3 million views — Shah, 27, lies coyly on the hood of her car and lip-syncs “Khuda Jaane” from 2008 Bollywood film Bachna Ae Haseeno.

She records TikTok videos as she strolls through the supermarket holding a tube of toothpaste and smiling coquettishly towards her audience, and at the airport, as she breaks into a jig while waiting for her flight to Lahore. Her humor and enthusiasm are infectious, and within hours, her videos receive thousands of views and likes and floods of comments. When Shah — a trans woman, and a social worker by day, dancer by night — posted her first TikTok video a year ago, she told me she felt like a donkey in a horse race. “I was competing with tons of beautiful women, with lots of money, and millions of followers.” Shah, with 2.6 million TikTok followers, is one of them.

The Chinese app TikTok has a sizable audience in Pakistan, ranking number five on the Apple app store and number 10 on the Google Play Store. Reportedly, the app has 20 million monthly active users in the country of 220 million. Especially during the coronavirus pandemic, many Pakistanis achieved viral popularity. And for transgender entertainers like Neha, streaming and short video apps like TikTok are not only social capital generators, but also a wall of security. In a country where violence against trans women is commonplace, and TV and film focus on either hateful stereotypes or the dark plight of trans women, the joy of seeing women like Neha Malik and Paras Shah just being happy, carefree, ordinary young women is a breath of fresh air. 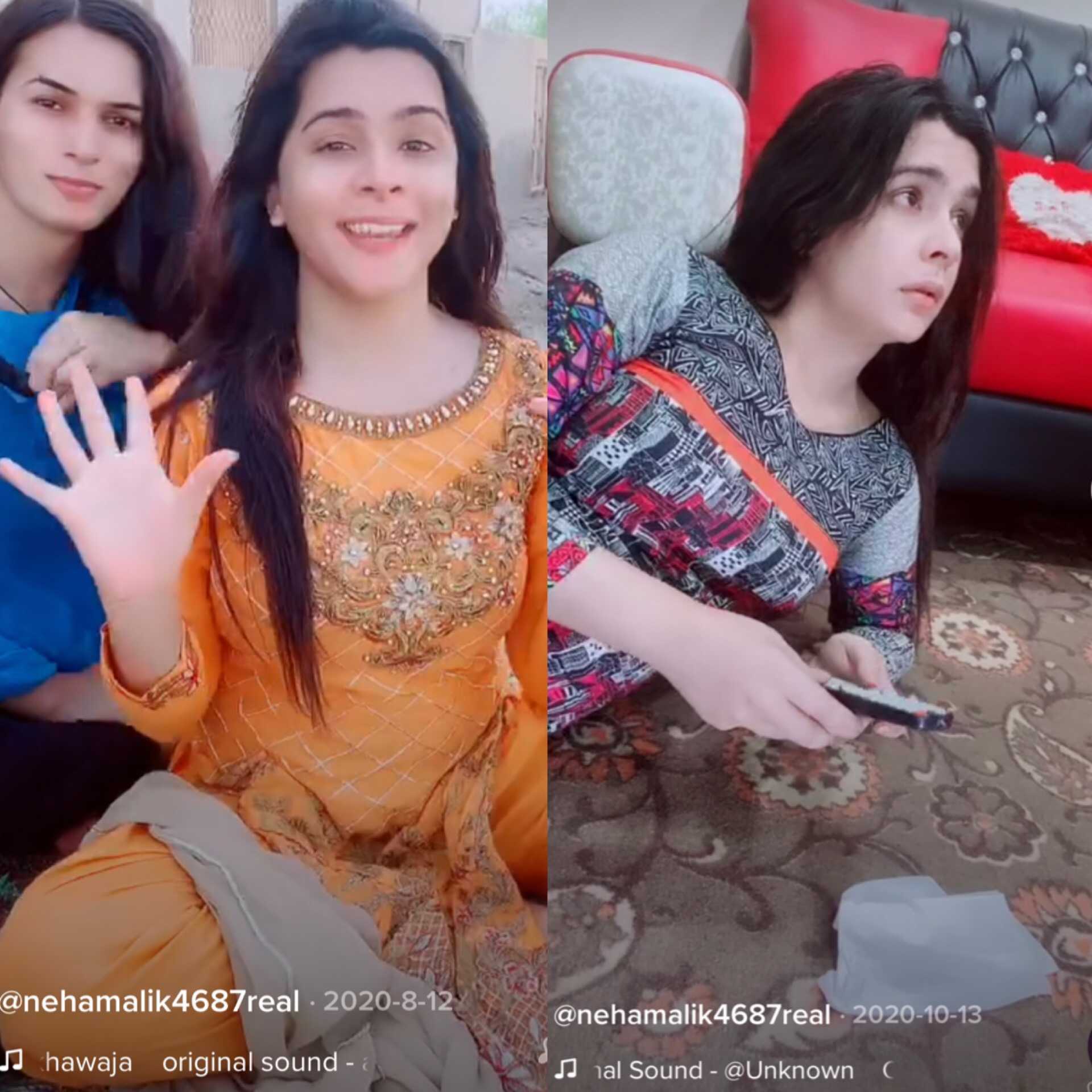 Pakistan is slowly making strides towards transgender visibility. In the 2018 general elections, 13 trans candidates ran for parliament. The same year, the country passed the Transgender Persons (Protection of Rights) Act, guaranteeing basic rights for transgender people, and prohibiting discrimination in schools, at work, on public transit, and while receiving medical care.

And yet, transphobic violence continues in Pakistan. In September 2020, a trans woman, Gul Panra, was shot dead in the city of Peshawar. Earlier this month, TikTok star Rimal Ali alleged that she had been attacked — her hair and eyebrows were shaved off. In a video posted on January 14, she thanked law enforcement agencies for coming to her aid, but added that she feared for her life.

Despite the risk that increased visibility might pose, transgender women say apps like TikTok are allowing them to take back the reins of control, establish a name for themselves, and foster loyal fan bases. They are beginning to dream big. But for some of these stars, viral TikTok fame does not translate to broader commercial success. 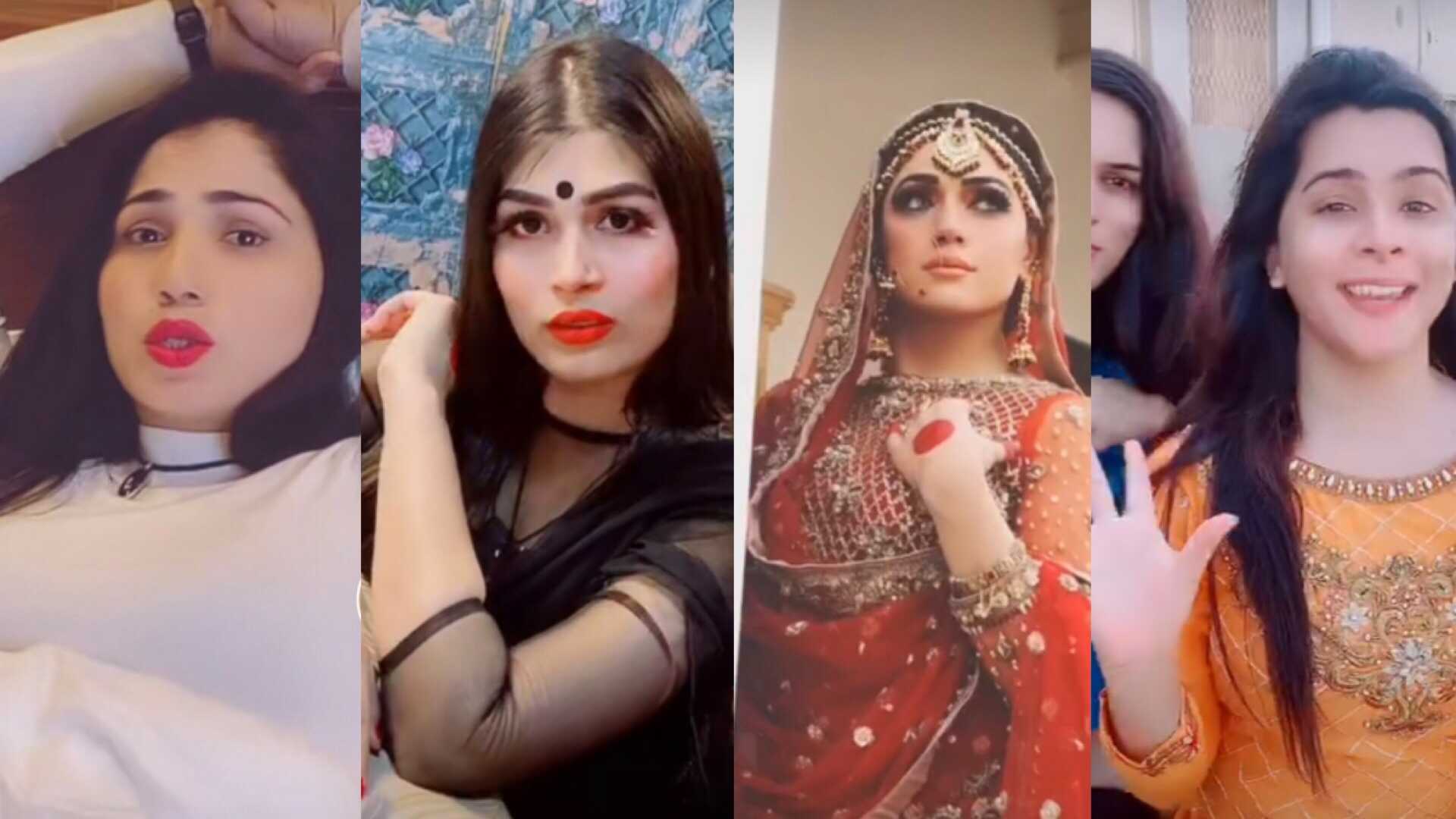 Minahil Jack, 22, said TikTok gave her fame — but on TV, she says transgender people are stereotyped, even today. “A trans woman is never beautiful on TV," she said. "On TikTok, we are unapologetically ourselves, we are free to be the heroines we want to be.”

Aradhiya Khan, 22, who works at the Gender Interactive Alliance, a nonprofit based in Karachi, adds that TikTok has armed Pakistani trans women with confidence. “The app has given trans women the confidence to get up in a crowded mall and record a video of themselves, just having fun,” she said. It has also turned several trans women into celebrities beyond queer circles. “I have lots of cisgender friends who don’t know much about the trans community,” Khan added. “And yet, they keep asking me about Mehak Malik. They ask me if I’ve met her. Everyone knows her.”

With flawless makeup and dance moves, Mehak Malik from Lyallpur Punjab has become a household name through the app. She has 7.2 million followers on her verified TikTok account and millions of views on her YouTube account.

Malik dances to Bollywood numbers at weddings, parties with her friends, indulges in the occasional humor, and prays on Fridays. In Malik’s world, it is possible to be a dancer, a viral TikTok star, and a Muslim. When another trans woman, Meera, was physically assaulted in Faisalabad in October last year, Malik posted a video imploring members of her community to stand up for each other. “Today, Meera has been abused, tomorrow, it could be me, or you,” she said in the video. 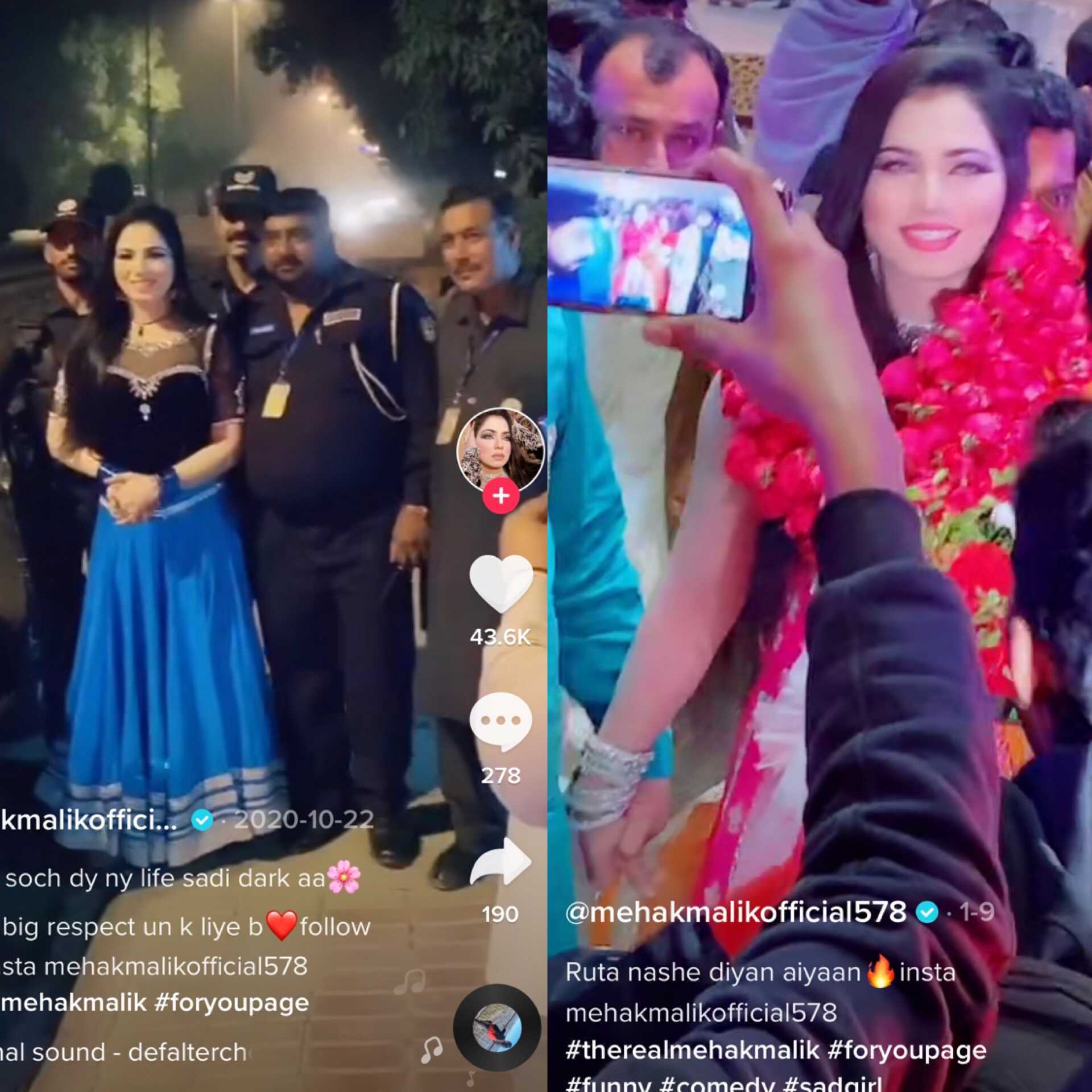 TikTok is egalitarian, says 30-year-old activist, Shahzadi Rai. “Trans women receive as much visibility on TikTok as everyone else. The masses want to see us, they appreciate us,” she said. At the same time, though, Rai contends that for trans women, the route toward stardom on mainstream media is paved with inequality.

Hareem Shah, who is cisgender, has 5.3 million followers and is a breakout star with an upcoming web series about her life releasing later this month.

“We have been able to acquire fame on TikTok, but that is only because the app is independent,” Rai said. “But the media doesn’t want to feature trans women, unless they’re cast in a pathetic, abject light. The media only shows us crying, they don’t show us leading healthy, happy lives. They want us to look like khusras with heavy voices. They don’t want us to be beautiful.” Tropes about trans women kidnapping babies, putting curses on people, and being sexual predators have long existed in Pakistan’s television history.

When director Asim Abbasi’s 10-episode web series Churails released on Indian video-on-demand platform Zee5 in August 2020, it created a firestorm — the series told the story of four women who start a detective agency to catch cheating spouses, and featured a lesbian relationship. Among the cast members was Zara Khan, a trans actor.

“But look, Churails, too, has been banned,” Rai lamented. After a clip from the show went viral on social media last October, in which one of the main characters speaks about giving sexual favors to men to climb the ladder, Pakistan’s State Bank blocked Zee5’s subscription payments, making it impossible for Pakistani subscribers to access the show (at least legally).

“If TikTok wasn’t a Chinese app, by now, our mullahs would have labeled it a yahoodi saazish [a Jewish conspiracy] promoting obscenity, and banned it,” Rai added.

The banning of Churails is part of a broader move toward weeding out “vulgarity” in Pakistan. To appease the country’s powerful religious right, the Pakistan Telecommunication Authority (PTA) — responsible for media censorship — recently banned a number of apps, TV shows, websites, and even, momentarily, a biscuit advertisement for propagating and circulating “immoral content.”

The PTA banned TikTok, too, temporarily in October 2020. Just 10 days later, the ban was lifted after the social media platform said it would moderate content in accordance with local laws. 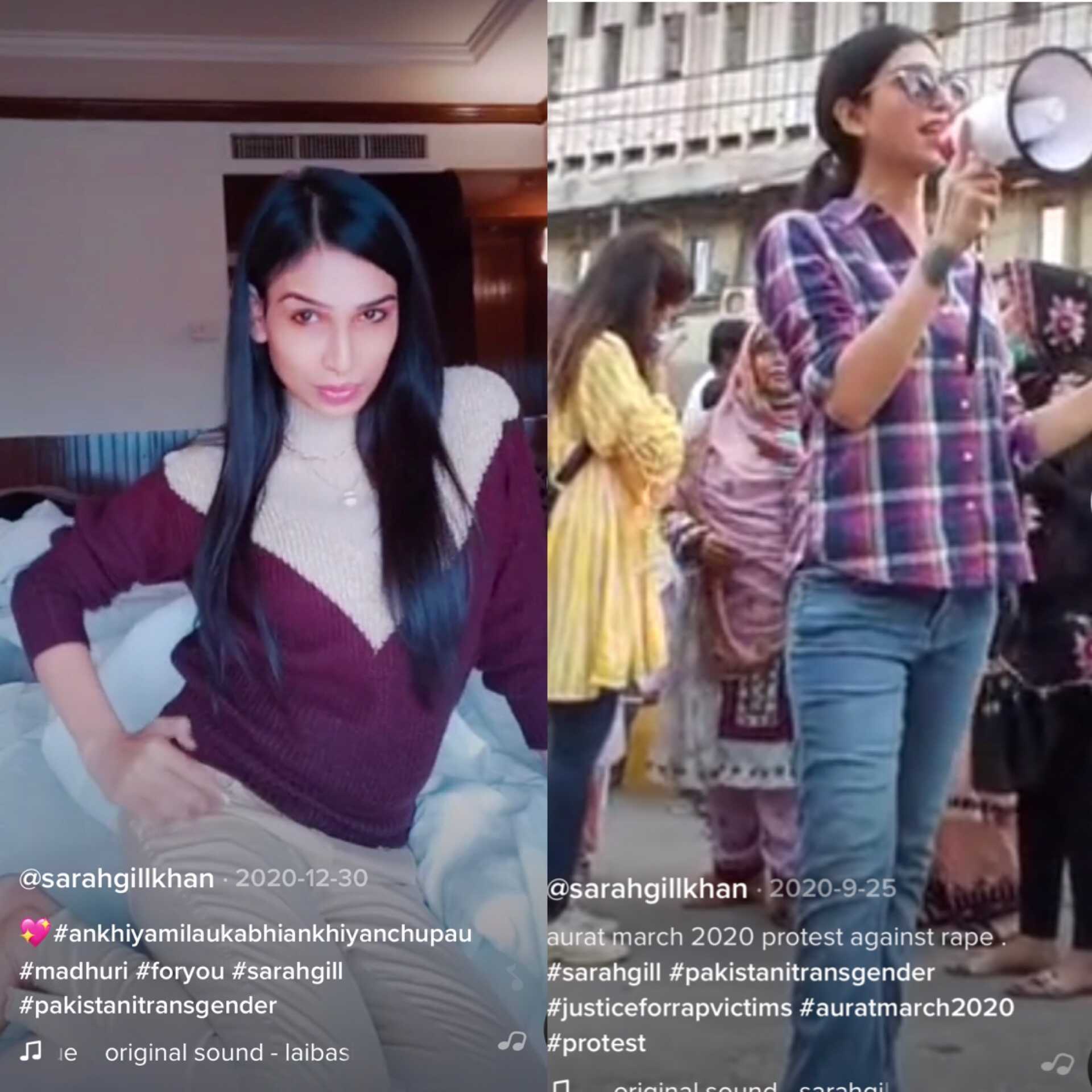 After the PTA unbanned TikTok, many women alleged that content moderation is more stringent than before. Sarah Gill, a 25-year-old TikToker, medical student, and model — alleges that her account has been suspended twice recently for “not complying with community guidelines.” With each suspension, Gill says she lost thousands of followers.

For Simmi Naz, a 29-year-old Karachi-based dancer, the cost of a suspended TikTok outweighs the benefits of the app. “You have to bel papar [work very hard] in order to get famous on TikTok and attract clients, and ultimately, everything goes to waste when your account gets suspended,” she told me. Naz said her TikTok account was “blocked” twice. She no longer uses the app.

She also says there is lots of competition among trans women on the app, and it isn’t always friendly. “In an ideal world, trans women would stick together and uplift each other, but that isn’t the case here, and it is heartbreaking,” she added. 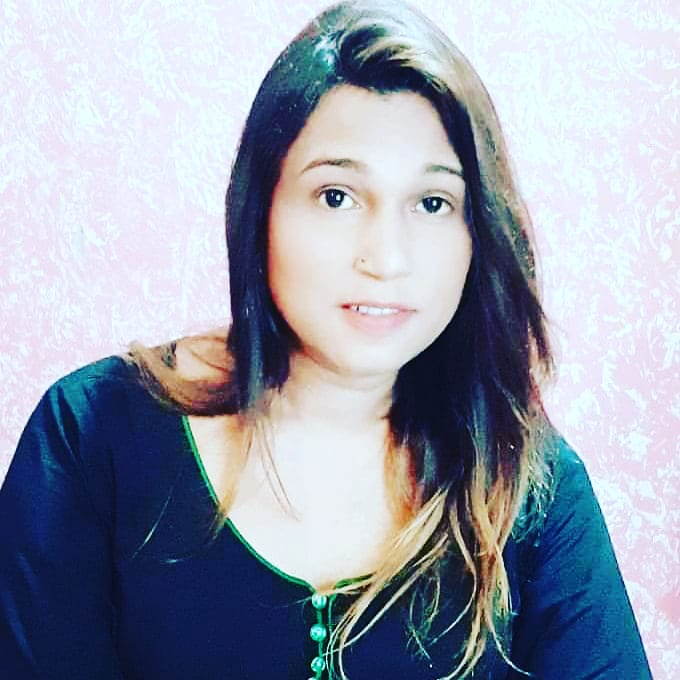 Since 2019, and during the initial days of the pandemic, Naz used Bigo Live — a Singapore-based live streaming app — to make quick bucks, sometimes up to Rs. 50,000 per month, just sitting in her bedroom, streaming her videos for up to 2,000 people at a time. Bigo users can host live-streams, take calls, and receive virtual gifts or “diamond points” that they can cash in for money. It gave Naz a steady source of income.

When Brooklyn-based filmmaker Saad Khan opened up Bigo for the first time in 2016 — the year the app launched in Pakistan — he encountered a world he had never seen before. “It was like reality TV, people had their own shows that thousands of people watched, live." And for working-class, marginalized communities — and dancers and transgender performers in particular — Bigo also offered protection from violence. “Suddenly, they could stream a dance performance from their bedroom and get paid,” Khan added.

Lahore-based Kathak dancer Jannat Ali used Bigo for advocacy. She held Q&A sessions with hundreds of viewers across the country, and took live music requests. Her viewers were curious, but also revealed a dearth of awareness — a product of longstanding stigma and transphobia. “People didn’t know what transgender meant, or that trans people could function as equal members of society,” she said.

In November 2019, Naz began receiving threats. “Men threatened me on my Bigo livestreams, they said they knew my location, and they would assault me if I didn’t give them my number.” So, just before the summer of 2020, Naz sold her Bigo account for Rs. 200,000. And then, in July, the PTA, pressured by the country’s moral brigade, banned Bigo, too.

While apps like TikTok and Bigo help trans performers feel good about their bodies, give them visibility, and allow them to negotiate for higher rates with clients — if they have a large follower count — it doesn’t give them a pathway to film and television opportunities, unlike their cisgender counterparts.

Zuha Siddiqui is a journalist based in Pakistan. Her work has appeared in Foreign Policy, Slate, BuzzFeed News, and other publications.

The swashbuckling life and legacy of a Pakistani American gay icon.

The Diaspora on Brown TikTok

While activists in the West fight to introduce transgenderism to the mainstream, India’s trans women face a different task: replacing centuries-old classifications.