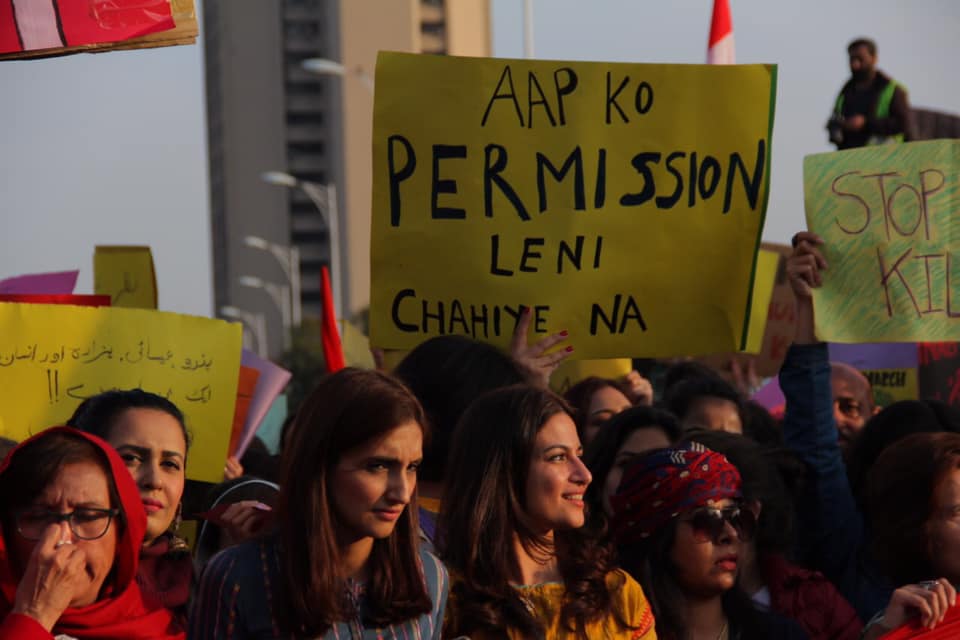 "You should ask for permission," reads a placard at Aurat March. (@auratazadimarch/Instagram) 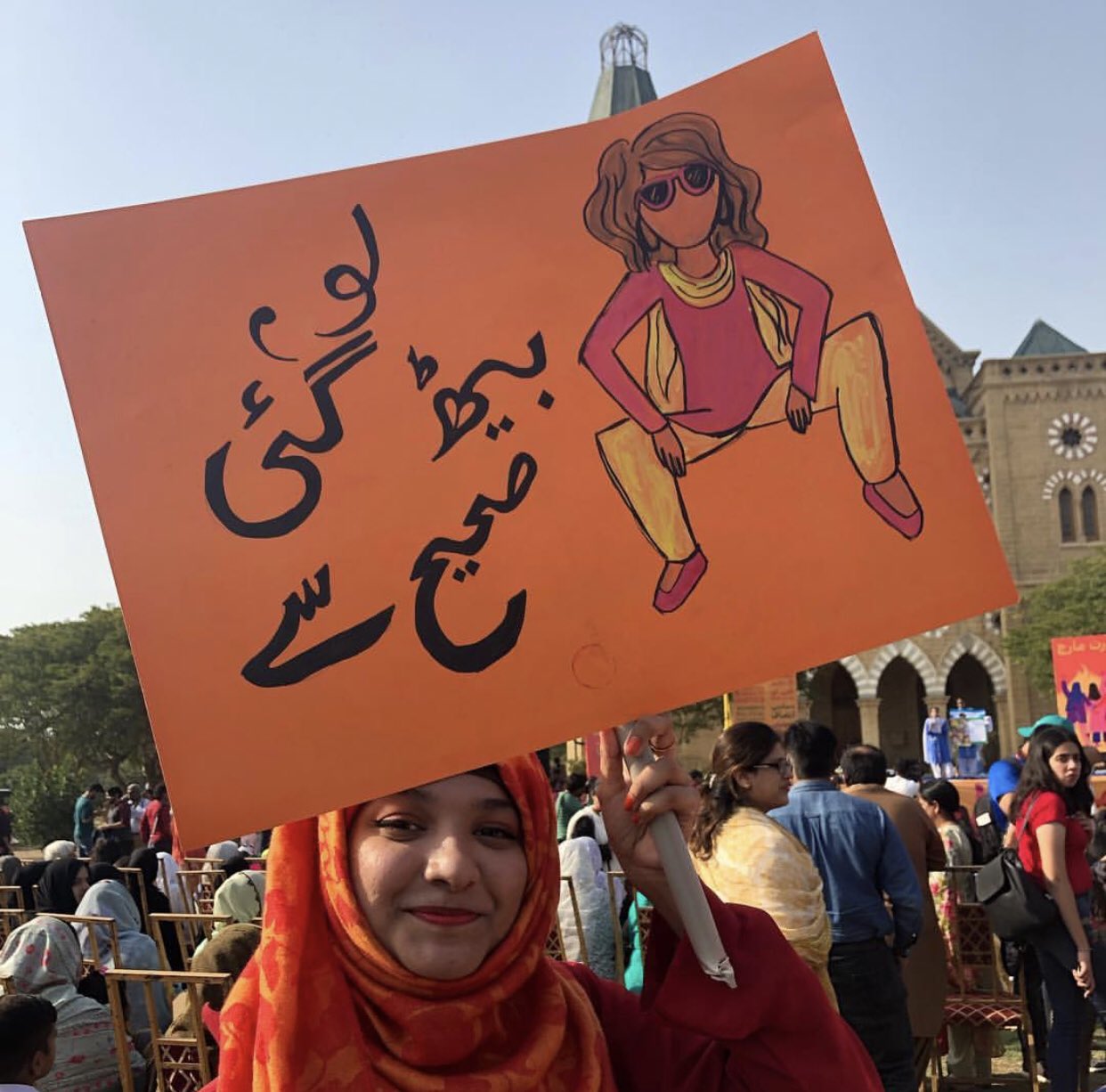 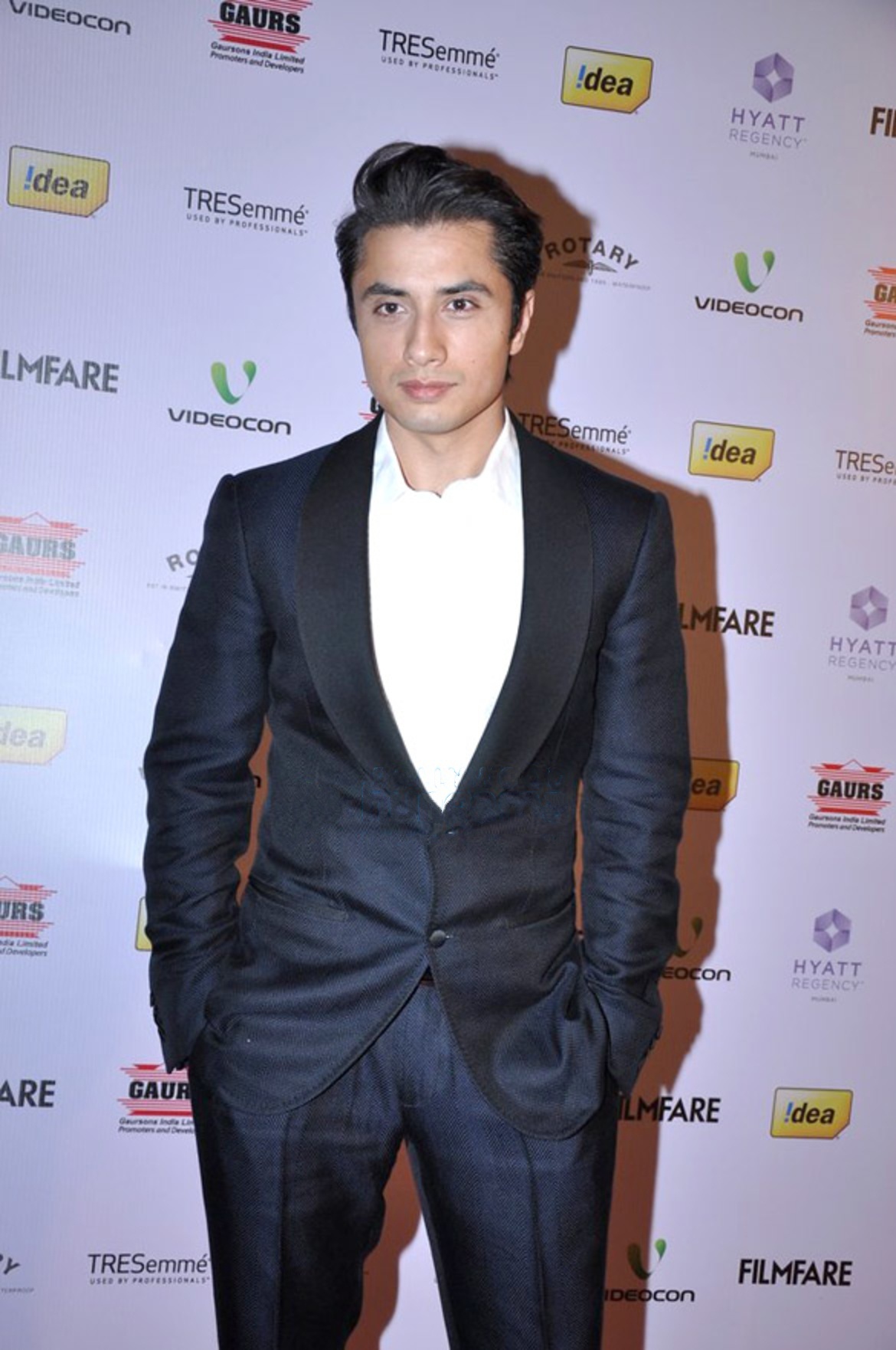 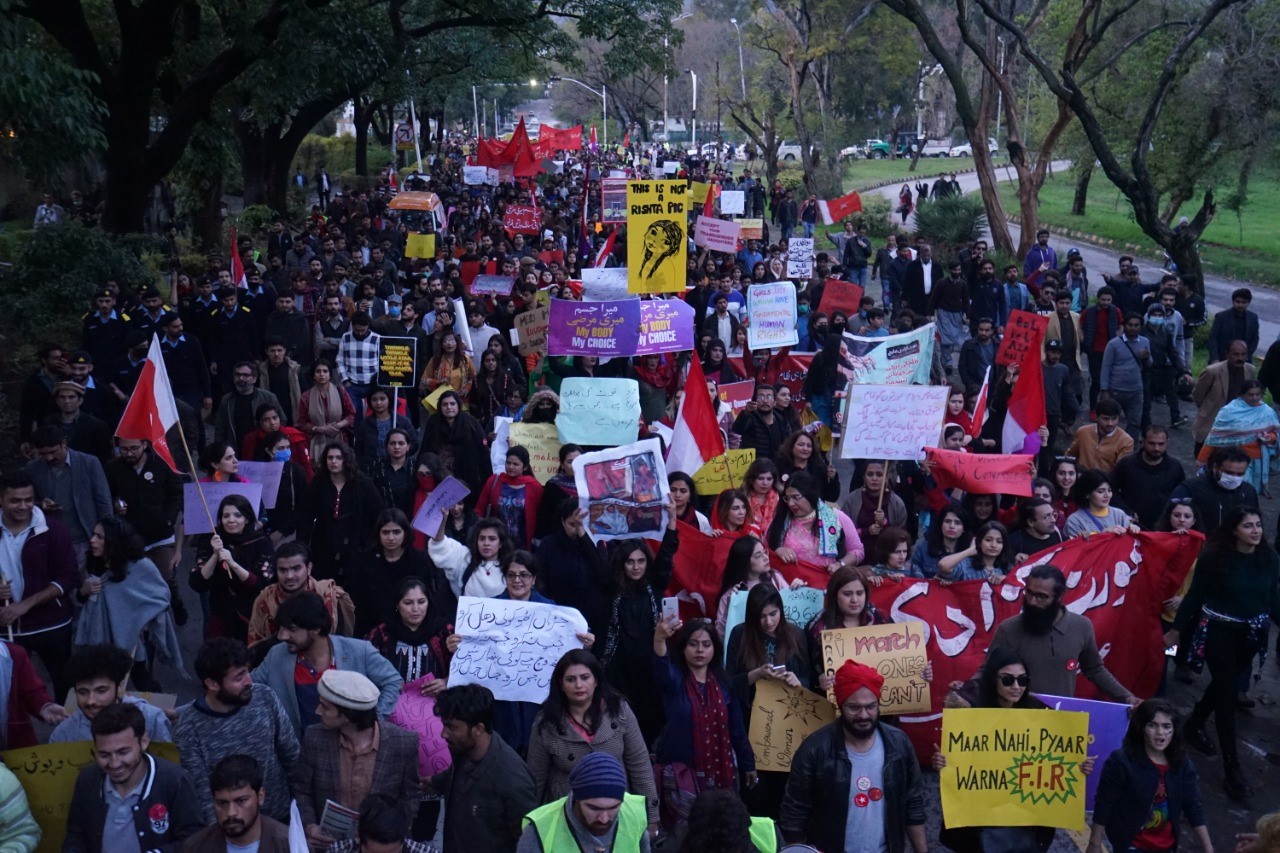 A handwritten note circulating online invited men to come to the march to harass the women attending the event. (via Zoya Rehman)

Women who take to the streets and the internet to protest in Pakistan are being targeted by the very internet harassment law — PECA — that promised to protect them.

"You should ask for permission," reads a placard at Aurat March. (@auratazadimarch/Instagram)

Before the pandemic struck, Pakistani women marched for their rights. On March 8, 2020, women across the country participated in a nationwide Aurat March — Urdu and Hindi for Women’s March — taking to streets and calling for an end to patriarchy and its violent manifestations. The following week, third-year law student and Lahore-based activist Marha Fatima stumbled across a swarm of repugnant messages in her “Other” folder on Facebook Messenger. Dated the day before the march, some were explicit rape threats, others threatened to raid her home and called her a gashti, Urdu for tramp or prostitute. She had a panic attack.

At the time, Fatima had the Aurat March filter — a green banner surrounded by roses and the words Aurat March emblazoned in Nastaliq — on her Facebook profile picture; a dead giveaway indicating her support for the cause and the movement. She later discovered that multiple Aurat March organizers had received similar threats, all from the same man: a university student from Islamabad named Muazzam Ali Kazmi. Toward the end of March 2020, march organizers filed a case against Kazmi and 45 others — citing Section 24 of the Prevention of Electronic Crimes Act (PECA), 2016, cyberstalking and intimidation — in Lahore. Seven months later, there have been no developments in the case.

When Pakistani women march, a deluge