Despite a long and fraught journey, Pakistan’s prime minister might be the first to finish his term in the country’s history. 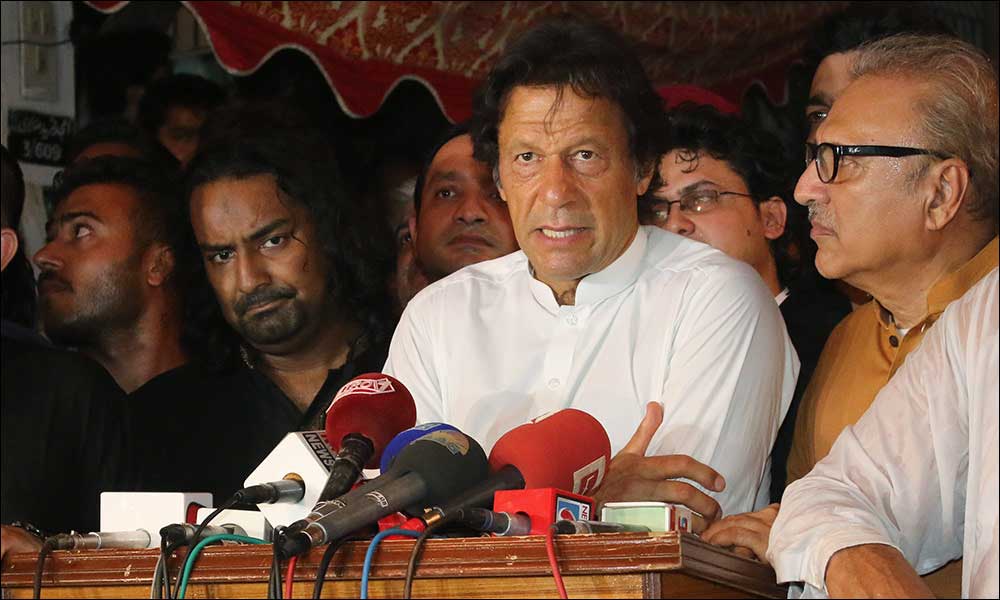 On May 7, 2013, Imran Khan, aged 61, was scheduled to address a rally in Gulberg, a swanky suburb of Lahore. Khan was making another run for the premiership of Pakistan. So far, power had eluded him, even though he had been seeking it since the mid-1990s — when he had retired from cricket, departed from London’s nightclub circuit, and graduated from philanthropy to politics in one great, heaving hat-trick.

A forklift stood ready to raise Khan and his security team to an elevated platform, about 25 feet high, where he would address an audience of about 5,000.

“We will do the intvu [interview] on the stage,” he had promised me via text message just minutes earlier.

Millions would see the videos later, but I saw it happen live. Just as they were elevated to the stage, the forklift swayed: Khan and his security team all tumbled to the ground, somersaulting in the air like a team of uncoordinated acrobats.

Khan lay motionless on the ground, his head bleeding. One of his custom-made Peshawari sandals had been ripped off. His eyes were glazed over, and he was staring straight up, past me and the others on the stage, into Lahore’s dark, smoggy sky. In those first few seconds, as the raucous campaign venue fell silent, nobody dared touch him.

But, despite severe injuries to his spine, neck, and head, Khan lived to fight on. He lost the 2013 election — the accident ended his campaign immediately — but won the next one in 2018. His eventual victory would come through an alliance ranging from corrupt