After years of struggling with loans, exacerbated by the COVID-19 pandemic, New York City cab drivers are speaking up. 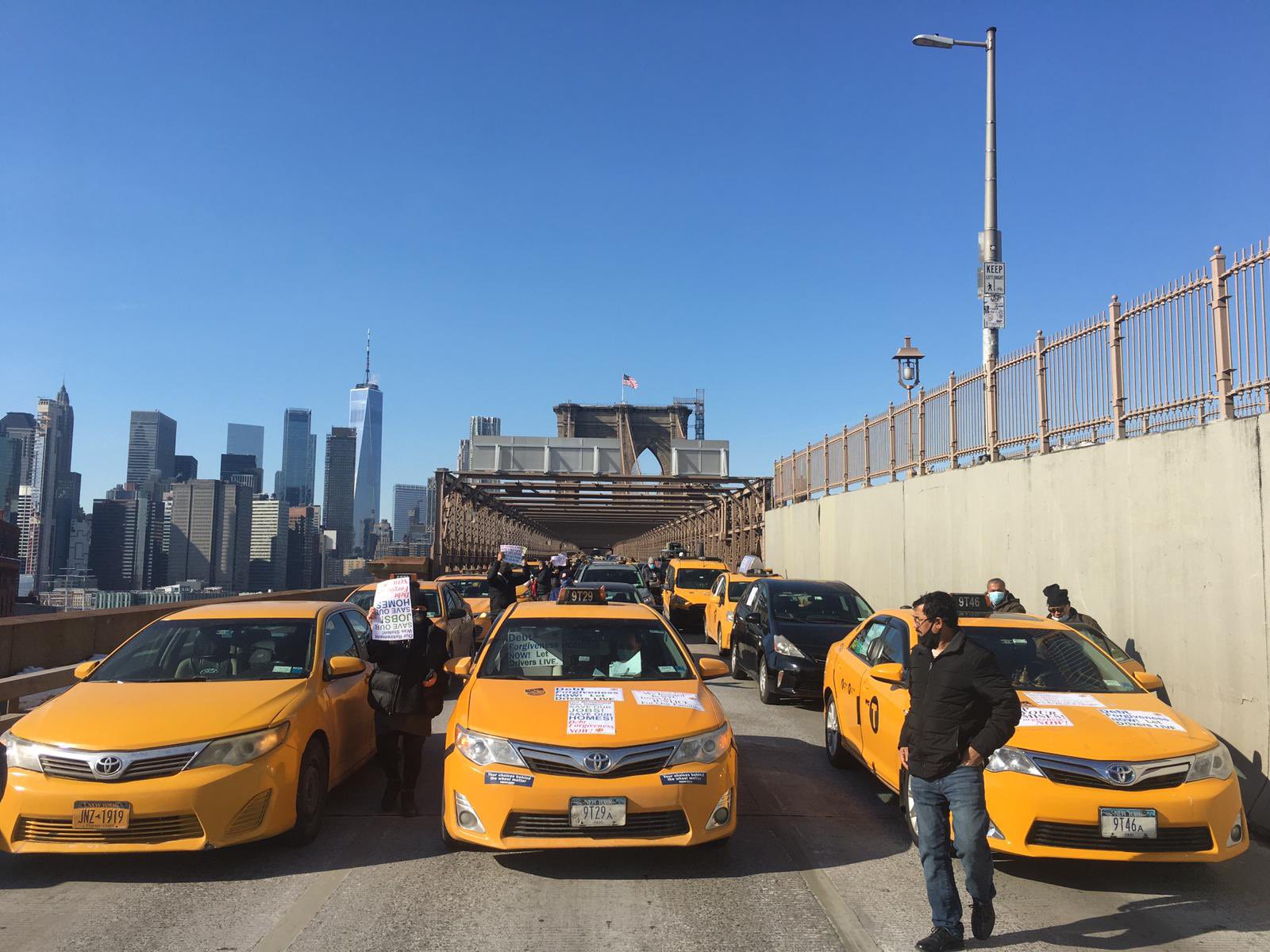 On the afternoon of Wednesday, February 10, traffic leaving Manhattan over the Brooklyn Bridge came to a halt. Far from the typical New York City congestion, the dead-stop was a coordinated effort by dozens of taxi cab drivers, whose vehicles clogged the bridge’s southbound lanes. Drivers left their cabs to unfurl two red banners — reading “SOS” and “CONGRESS” — as well as a white one emblazoned with “New York Taxi Workers Alliance [NYTWA],” the union that had coordinated the blockade.

“No more suicides!” participants chanted, a reference to nine drivers who had taken their lives in recent years, and whose deaths NYTWA attributes to their inability to repay nearly million-dollar loans.

The drivers were advocating for debt relief from Congress for payments due on their taxi medallions, the expensive permit that New York City requires its cab drivers to carry, and can take decades to pay off. Because COVID-19 had dramatically reduced taxi rides, many drivers now find themselves struggling to make their medallion payments, which cost many thousands of dollars per month.

For years, New York City cab drivers — the majority of whom are South Asian — have been struggling with both the high costs of taxi medallions and the decimation of their industry at the hands of ridesharing apps like Uber and Lyft. But the coronavirus pandemic has made a bad situation worse, as the majority of NYC taxi drivers found themselves out of work for months on end. While some cab drivers have received