The uncrowning and recrowning of Pushpika De Silva is causing many to question why one’s marital status — and beauty pageants — matter in the first place. 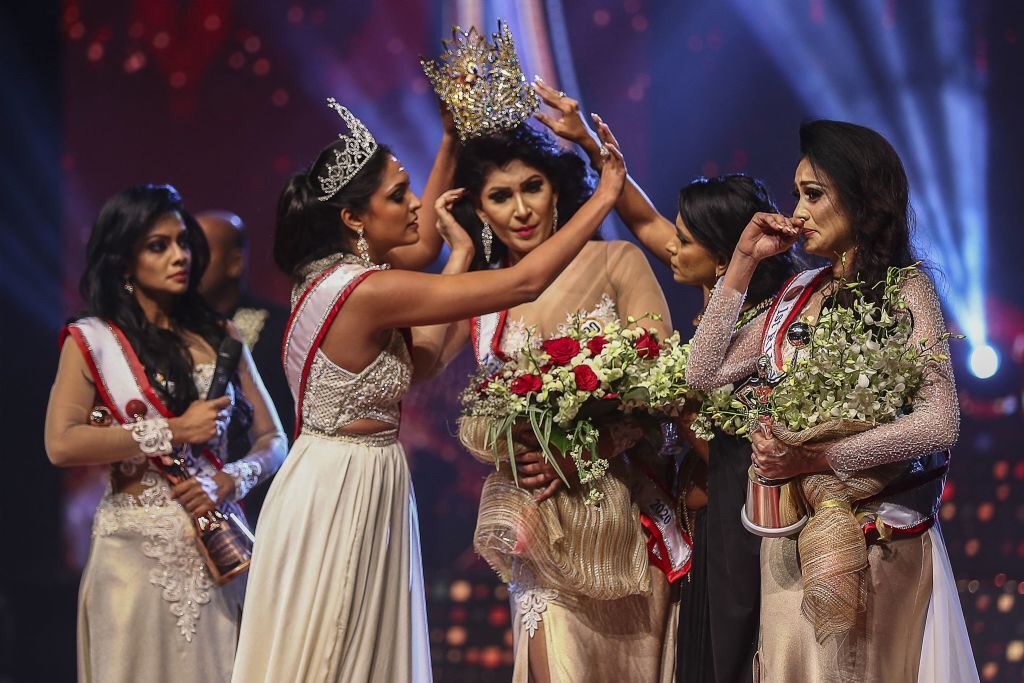 Caroline Jurie removes the crown of 2021 winner Pushpika de Silva, as she is disqualified over the accusation of being divorced, at a beauty pageant for married women in Colombo (Photo by AFP via Getty Images)

“I am a Sri Lankan, I am deeply ashamed of what had happened recently,” read Muhammed Atif’s YouTube comment under a news video that summarized the recent “pageant-gate.”

Atif is referring to a beauty pageant’s perplexing public crowning, uncrowning, and recrowning — a fracas that has been catapulted to international frenzy over the last two weeks. On April 4, Pushpika De Silva, 31, was crowned Mrs. Sri Lanka World in Colombo in a ceremony broadcast on national TV. After being sashed and crowned, she walked victoriously across the stage, savoring the moment as she joined the ranks of Mrs. Sri Lanka history. That was, until Caroline Jurie, the 2019 Mrs. Sri Lanka winner, took the stage to mete out her own brand of justice, announcing: “there is a rule that you have to be married and not divorced. So, I’m taking my first step, saying that the crown goes to the first runner-up.” Jurie, 28, who is also the reigning Mrs. World, forcefully removed the crown from De Silva’s head, after an awkwardly long struggle with De Silva’s hair, before placing it on the runner-up’s head.

Beyond the satisfaction of voyeurism that pageant-gate provided to enraged viewers across the world, it also once again demonstrated the enduring d