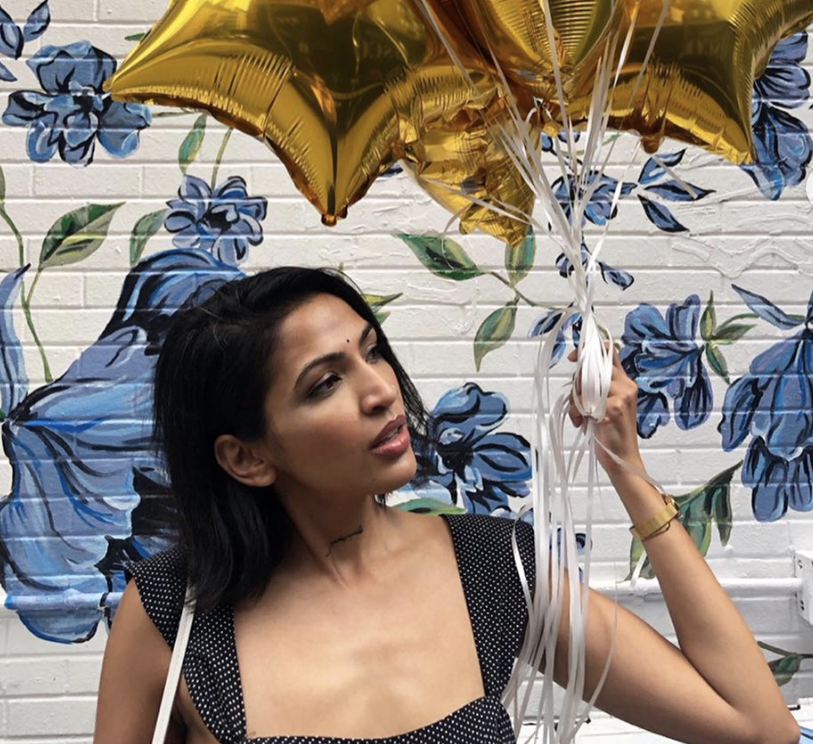 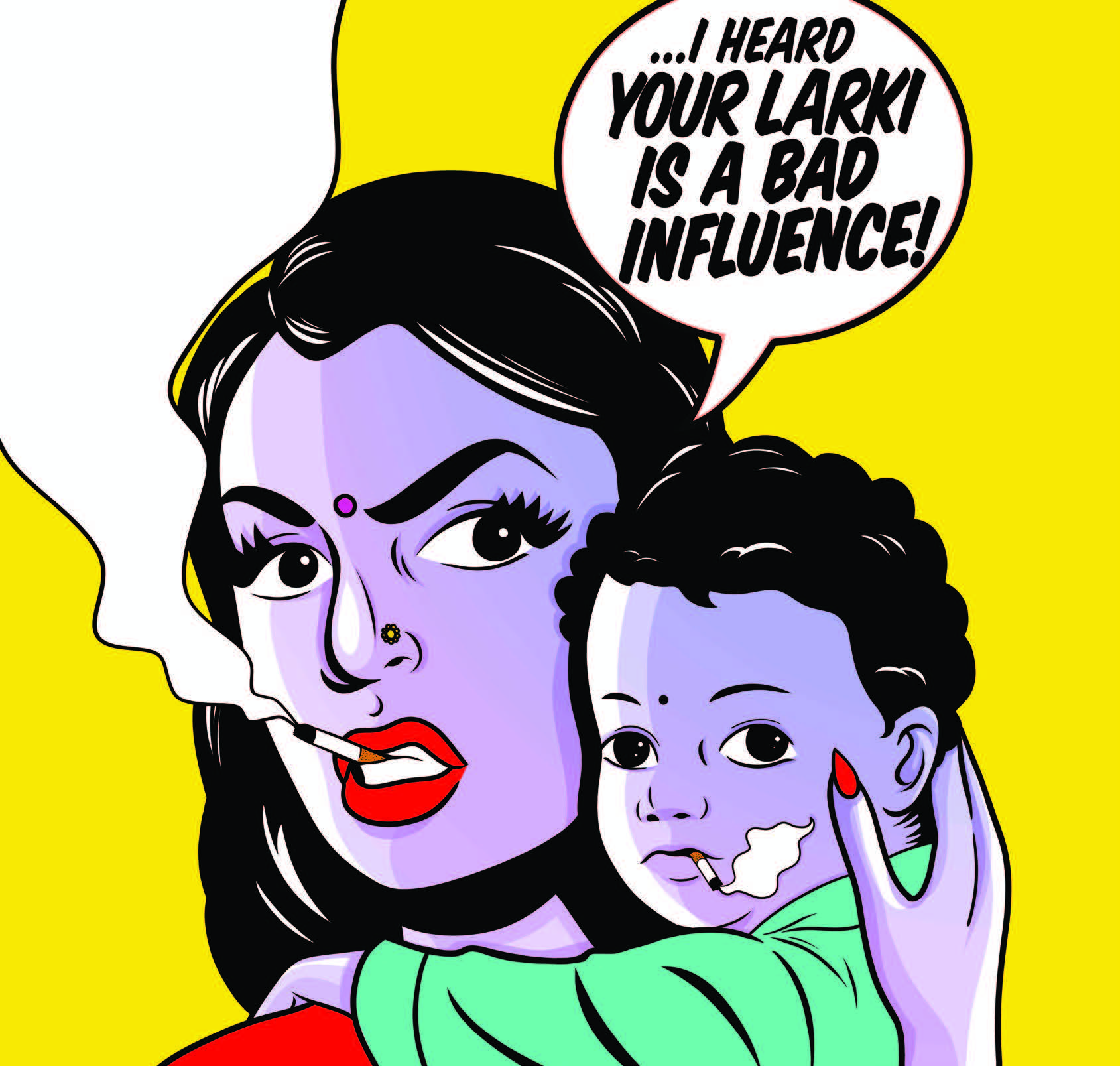 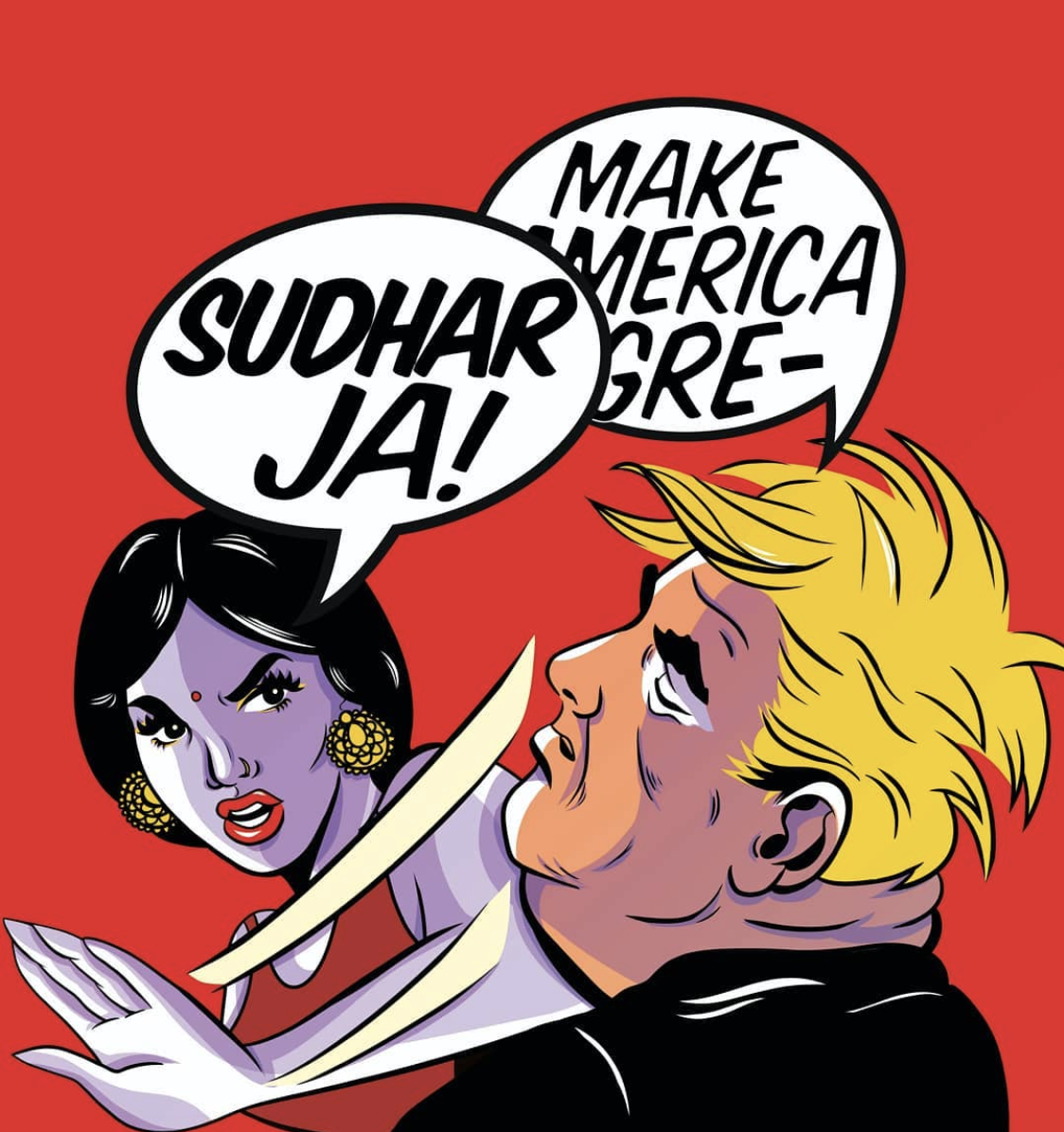 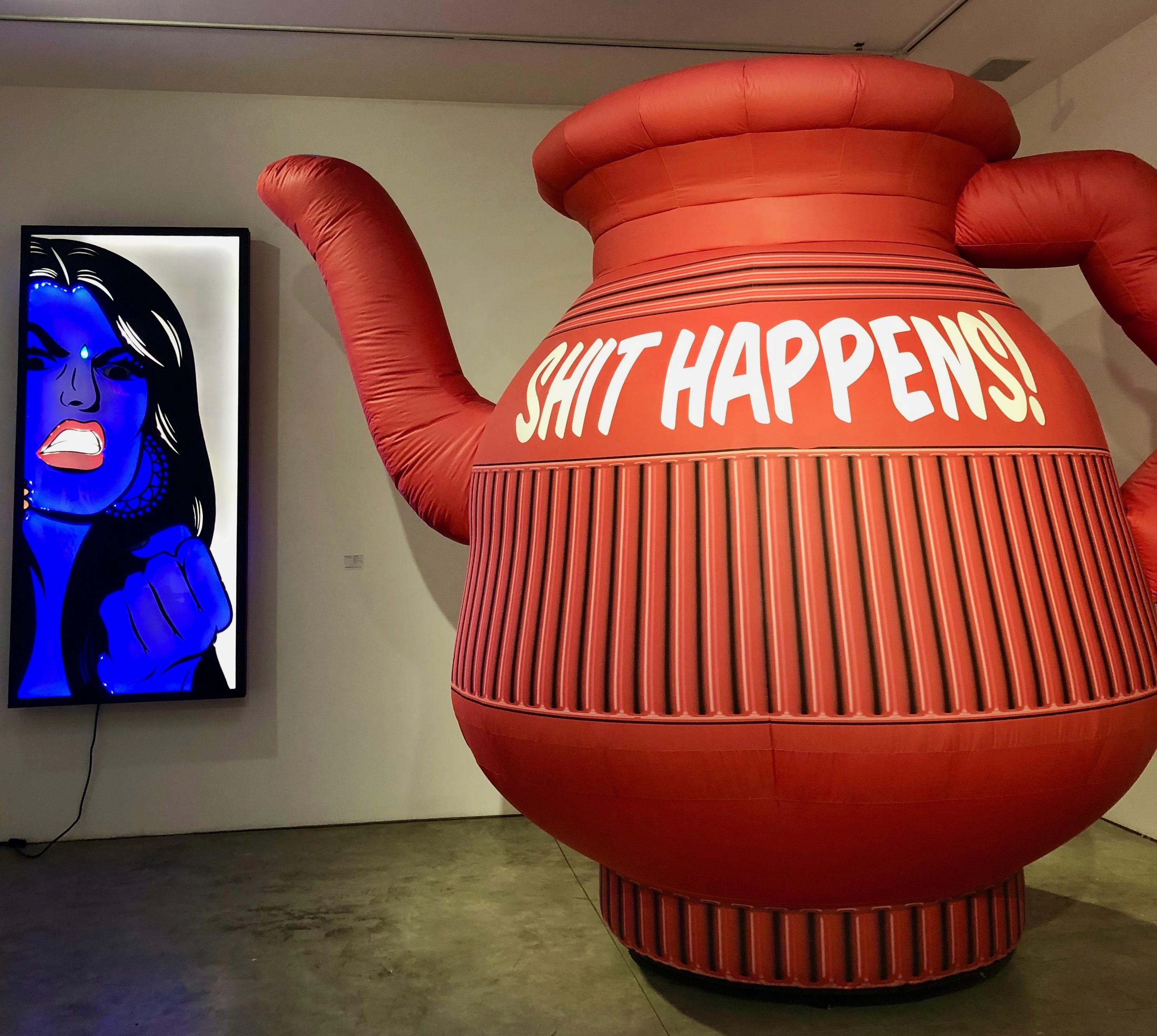 A 10-foot-tall lota commands a looming presence in the gallery. (Devanshi Patel) 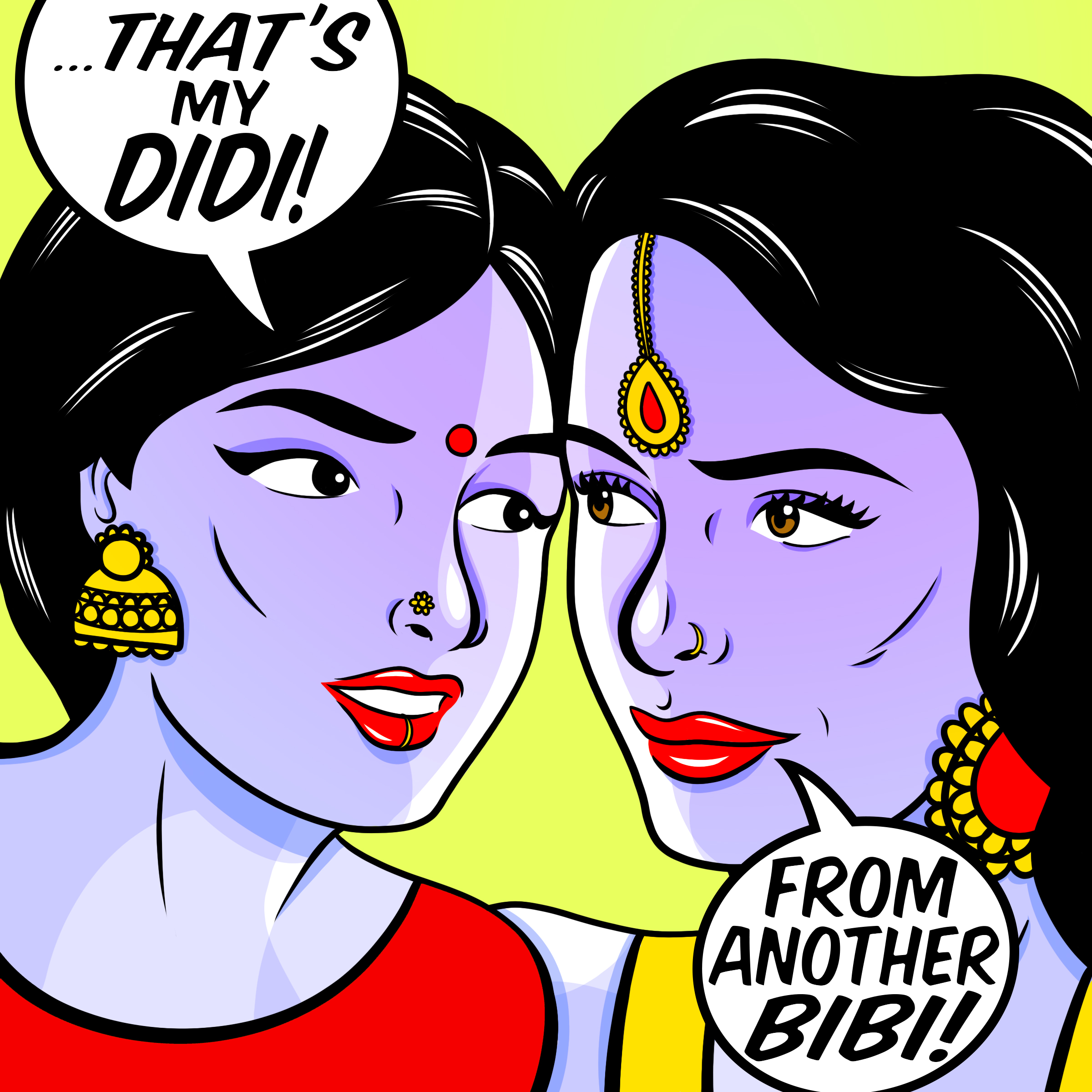 "Didi from another bibi" (Hatecopy)

When I entered the Richard Taittinger Gallery in Manhattan, Maria Qamar was stuffing giant, plastic, metallic gold bags with helium balloons — “we’re trying to get them to float,” she sighed, exasperated. She turns the bags around to show me: “Imagine having bags of Maggi floating above your head as you walk around the gallery!” Qamar uses them to invoke a sense of craving and familiarity.

Qamar, better known by her Instagram handle hatecopy, had arrived from Toronto the previous night to prepare for the opening of her first solo gallery show in New York City. Located on a trendy block in the Lower East Side, densely packed with bars and restaurants, the Richard Taittinger Gallery prides itself on exhibiting women and minority artists such as Frances Goodman and Mehdi Farhadian.

“FRAAAANDSHIP!,” Qamar’s show, features art on acrylic canvas alongside large LED faces wearing flashing bindis. A larger-than-life blow-up lota — yes, like the one you’d find in a bathroom — sits on the far end of the gallery. Scuttling around the gallery, Qamar makes a mental note of what’s left to do before her show: place astro-turf under the samosa-inspired triangular bean bags and set up her merch table with graphic tees, iPhone cases, posters, and prints.