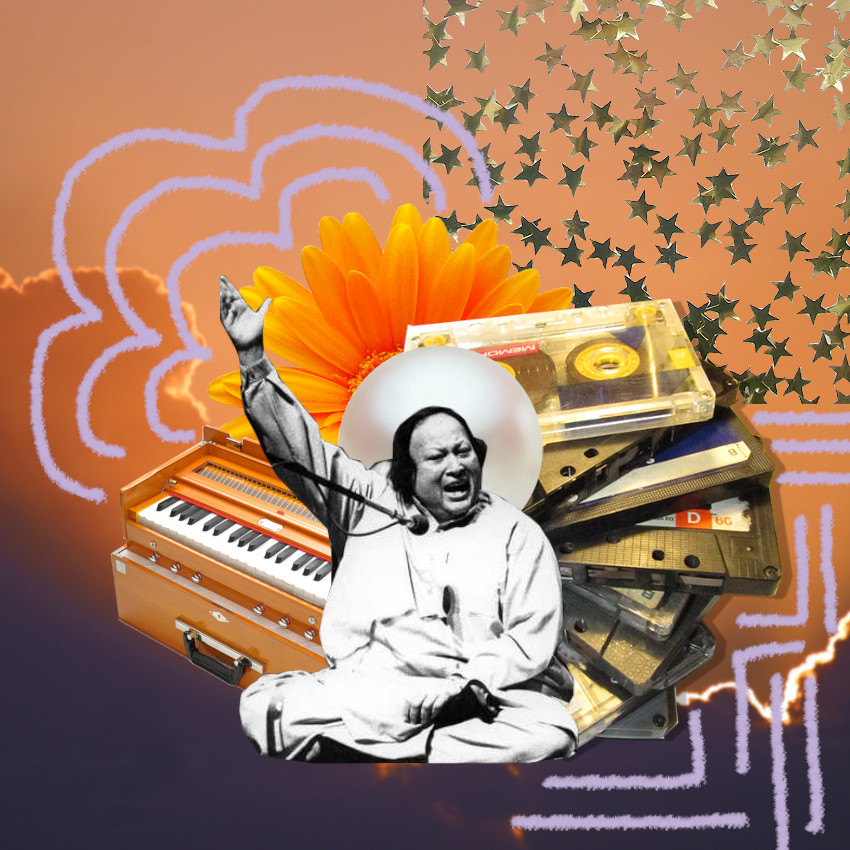 “One wants to write poetry that is understood by one’s people.” — Alice Walker

Renowned atheist (and Islamophobe) Sam Harris once cited that one of his favorite musicians was Pakistani Qawwali singer Nusrat Fateh Ali Khan. I was mortified. Western media had successfully de-Islamicized Rumi, stripping him of his Muslim roots and devotion to Allah. I didn’t want the same thing to happen to Khan, whose entire form and musical tradition was built as a form of dhikr — his artform itself was a prayer, one repeated and recited.

Qawwali music is an offshoot of Sufi devotional music specific to South Asia, with roots in Persian and Turkish Sufi beats and anthems. Sufism, or Islamic mysticism, emphasizes the spiritual component of Islam.

The word “qawwali” comes from the Arabic word qua, which means utterance. A Qawwali is someone who repeats, sometimes through song, the qual, giving resonance to the utterance. In this act, they become a vessel, a messenger of remembrance. In essence, Qawwali music is a form of prayer, a calling of and longing for Allah.

Intoxicated by the embrace of God and the universe, Qawwals sing.

Khan was born in Faisalabad, a year after partition in 1948, to a Punjabi Muslim family. Not much is known about his mother. His father, Ustad Fateh Ali Khan, is well-known as a fellow Qawwal. He was a skilled vocalist who could sing in Urdu, Arabic, Persian, and Punjabi as well as an instrumentalist who could play the sitar, vichitra veena, and sarod. The Khan family is said to have had an