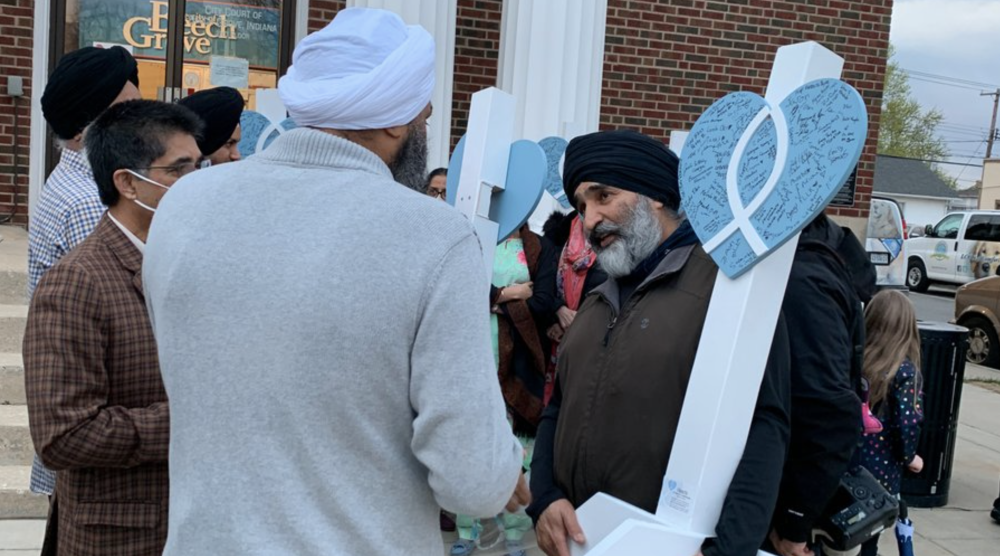 A vigil for the victims of the Indianapolis shooting (Tim Hertzner)

On Sunday evening, at a vigil for the victims and survivors of the shooting at an Indianapolis FedEx facility, members of the Indianapolis community wrote messages of condolence on wooden hearts mounted to white crosses for the family members of those killed — one cross for each of the eight people killed in the mass shooting, four of whom were Sikh.

The Sikh victims include three women — Amarjit Kaur Sekhon 48; Jasvinder Kaur, 50; and Amarjeet Kaur Johal, 66 — and one man, Jaswinder Singh, 68.The facility — in a city that has a population of about 5,000 Sikhs — has majority Sikh workers.

The Sikh American community has long faced hate crimes, but most visibly in the past two decades following 9/11. After 9/11, a spike in Islamophobic violence also targeted the Sikh community. In 2012, a gunman walked into a gurdwara in Oak Creek, Wisconsin, and fatally shot six Sikhs. For many Sikh Americans, regardless of the motivation behind the recent Indianapolis shooting, the community is experiencing the impact of the trauma as a hate crime.