Historically the greatest obstacle to rewriting the country’s constitution, the highest court today is being subverted by Modi’s government. 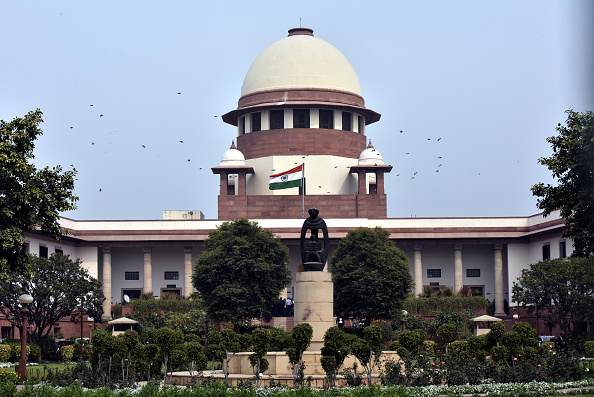 A view of Supreme Court building on February 12, 2018 in New Delhi, India (Photo by Sonu Mehta/Hindustan Times via Getty Images)

At 11:30 p.m. on February 25, the Delhi High Court received an urgent petition from a lawyer urging safe passage for people wounded in the riots raging in the city. Outlying areas of the Indian capital had been on fire for two days as mobs rampaged through neighborhoods, torching houses, vandalizing places of worship, hurling petrol bombs into homes, and slaughtering people for belonging to the wrong religion. The security machinery of the city had been busy protecting U.S. President Donald Trump, who had just departed Delhi after a 36-hour state visit to India. Videos of incendiary speeches by politicians from Prime Minister Narendra Modi’s Hindu-first Bharatiya Janata Party (BJP) were competing for attention online with footage of cops colluding with hordes of Hindu hooligans. There were courageous exceptions, but agents of the state openly abetted one community against the other. What was unfolding was the prelude to a full-blown anti-Muslim pogrom. Ambulances, halted by roadblocks, couldn’t carry the injured to hospitals. The powers-that-be, busy hosting a lavish banquet for Trump in the presidential palace as the city burned around them, appeared untroubled by the carnage.

So, as has often been the case with India in moments of total hopelessness, a young lawyer named Suroor Mander app