Two cases in the past year alone highlight how India’s approach to adjudicating sexual assault is outdated at best, dangerous at worst. 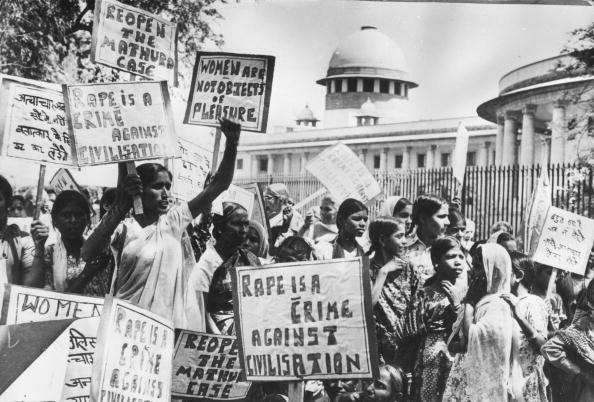 March 25, 1980: Members of the National Federation of Indian Women demonstrating outside the Supreme Court, New Delhi as they demand the re-opening of the 'Mathura rape case'. (Photo by Keystone / Getty Images)

On January 19, 2021, a Bombay High Court judge made a ruling that sent shockwaves across the nation and beyond. It seemed to be a straightforward case — a lower court had convicted a 39-year-old man of sexual assault for groping a 12-year-old girl’s breasts. But the man had appealed the decision and Justice Pushpa V. Ganediwala reversed the lower court’s finding. Her reasoning? Since the man had groped the girl through her clothes, “there [was] no direct physical contact, i.e. skin to skin with sexual intent without penetration.” Thus, the contact was not sexual assault.

It was the rare sexual assault case where there was a plethora of evidence, including four witnesses: the girl’s mother, a neighbor who heard a scream, and two police officers. That the man had pressed the girl’s breast was not in dispute; the prosecution had