Let’s take a walk down mammary lane and dissect the scandal and power that surrounded one of Bollywood’s most tastefully titillating songs to date. 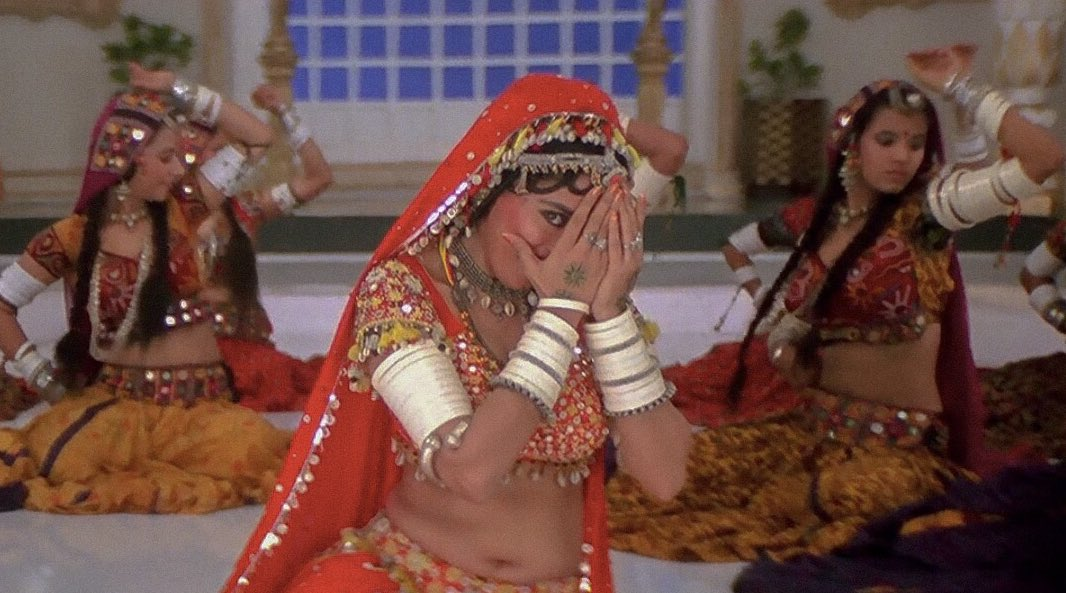 That is the question.

It’s 1993, and all eyes are on actor Madhuri Dixit. In her new film, Khalnayak, she’s Ganga, an undercover cop posing as a sex worker so that she can capture Balram “Ballu” Prasad (Sanjay Dutt), a menacing gangster. In cinemas across India and beyond, Dutt and Dixit’s dynamic duo has people glued to their screens, making Khalnayak the second-highest-grossing film that year. The soundtrack is so good, Khalnayak ends up selling over 10 million cassettes.

Nearly 30 years after the film’s release, you’d be hard-pressed to find people who can recall the storyline of Khalnayak. Some may remember the allegations of Dutt’s involvement in the 1993 Bombay bombings, which kept him in and out of jail — and the news. But it was the popularity of six scandalous, iconic minutes of the film that survived the auto-tuned apocalypse of catchy electric party tracks and glistening, Zandu Balm-slicked bodies.<