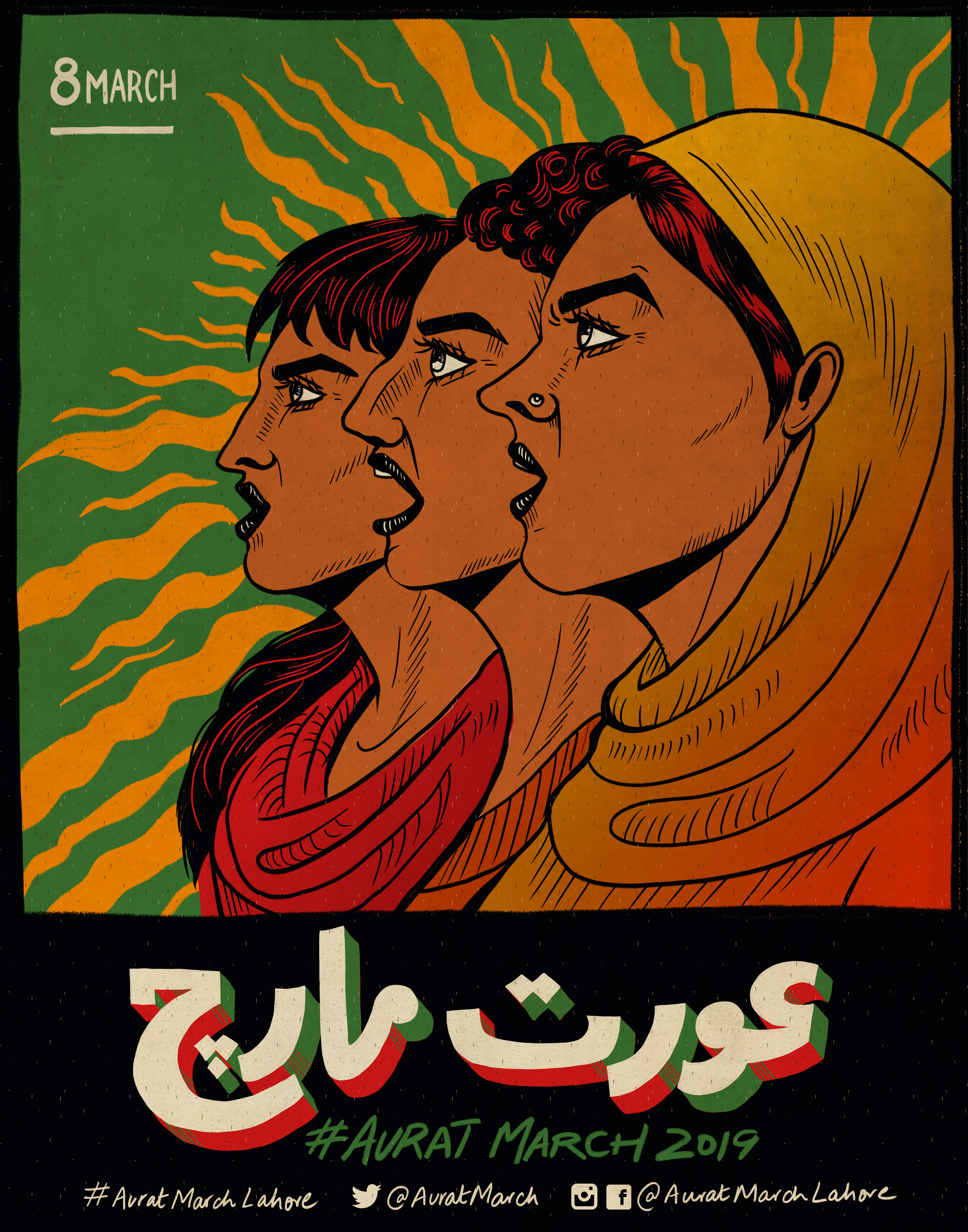 “At some point, I felt bad for the men,” Tooba Syed told me over a Whatsapp call. “Everything they thought was being dismantled.”

Syed is a member of Pakistan’s Awami Workers Party (AWP) and Women Democratic Front (WDF), as well as visiting faculty at Quaid-e-Azam University in Islamabad. For the past few years, she has also been involved in organizing what has become Pakistan’s most talked-about feminist gathering — the Aurat March.

While the AWP has been organizing marches in honor of International Women’s Day since 2014, it was only last year in Karachi that the Aurat March and its accompanying conversations gained momentum. This year’s Aurat March, held in Islamabad, Lahore, Karachi, Quetta, and Hyderabad, among others, was by far the largest of such gatherings. Not only was it the best attended, but it also opened the floodgates to a dialogue that, five months later, continues to thrive in the country.

Women — artists, health workers, transgender, residents of urban katchi abadiyan (makeshift communities or slums) — came together to sing, dance, vocalize their demands, and celebrate rights. One image from the March showed women shouldering a shrouded charpai that represented the corpse of Pidar Shahi — the patriarchy. The absolute transgression of it — in Pakistan, it is always men who carry bodies to the grave — was lost on no one.

How did so many women galvanize together in a manner more pronounced than we have seen in decades? And why did it unsettle so many entities, from WhatsApp uncles to legislators? Less than two weeks after the March, the Khyber-Pakhtunkhwa provincial asse