How the iconic movie plays at 25. 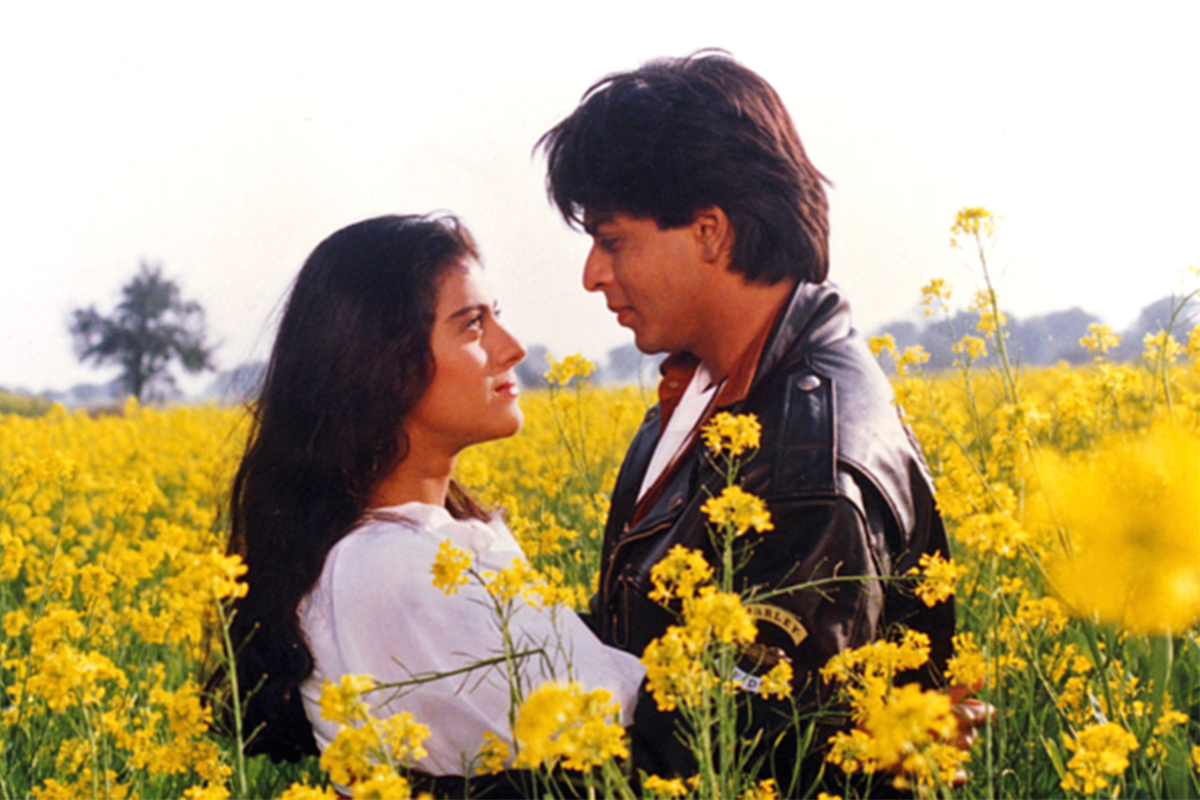 For South Asians of a certain age, a field of mustard flowers conjures thoughts of Kajol, dressed in spotless white, embracing a leather-clad Shah Rukh Khan. The duo's iconic 1995 romance Dilwale Dulhania Le Jayenge (DDLJ) was a smash hit both domestically and abroad, and it changed the way Bollywood was sold to global audiences. The film turns 25 today, on October 20, a day that should have also marked the 25th anniversary of it playing largely uninterrupted at Mumbai's Maratha Mandir cinema hall, a daily matinee that attracted locals and tourists alike. Sadly, due to India's national COVID shutdown in March, Yash Raj Films will have to settle for an all-time record of 24 years, four months, and 21 days.

Today, DDLJ is at once both intimately familiar and unmistakably of its era, a response to the influx of western culture into India in the 1990s and an attempt to center both progress and tradition in the very same breath. The film holds up well if you haven't seen it, though if you have, basking in its sounds and images unlocks memories hidden deep within your bones. Even if it's been years since you've heard "Tujhe Dekha To" or "Mehndi Laga Ke Rakhna," singing along in 2020 is like riding a bicycle.

Despite its 189-minute runtime, the film feels like a flash of lightning, which makes it all the more surprising that it was Aditya Chopra's directorial debut. Productio