The importance of preserving a movie theater, once a hub of Bollywood showings, goes far beyond just saving a building. 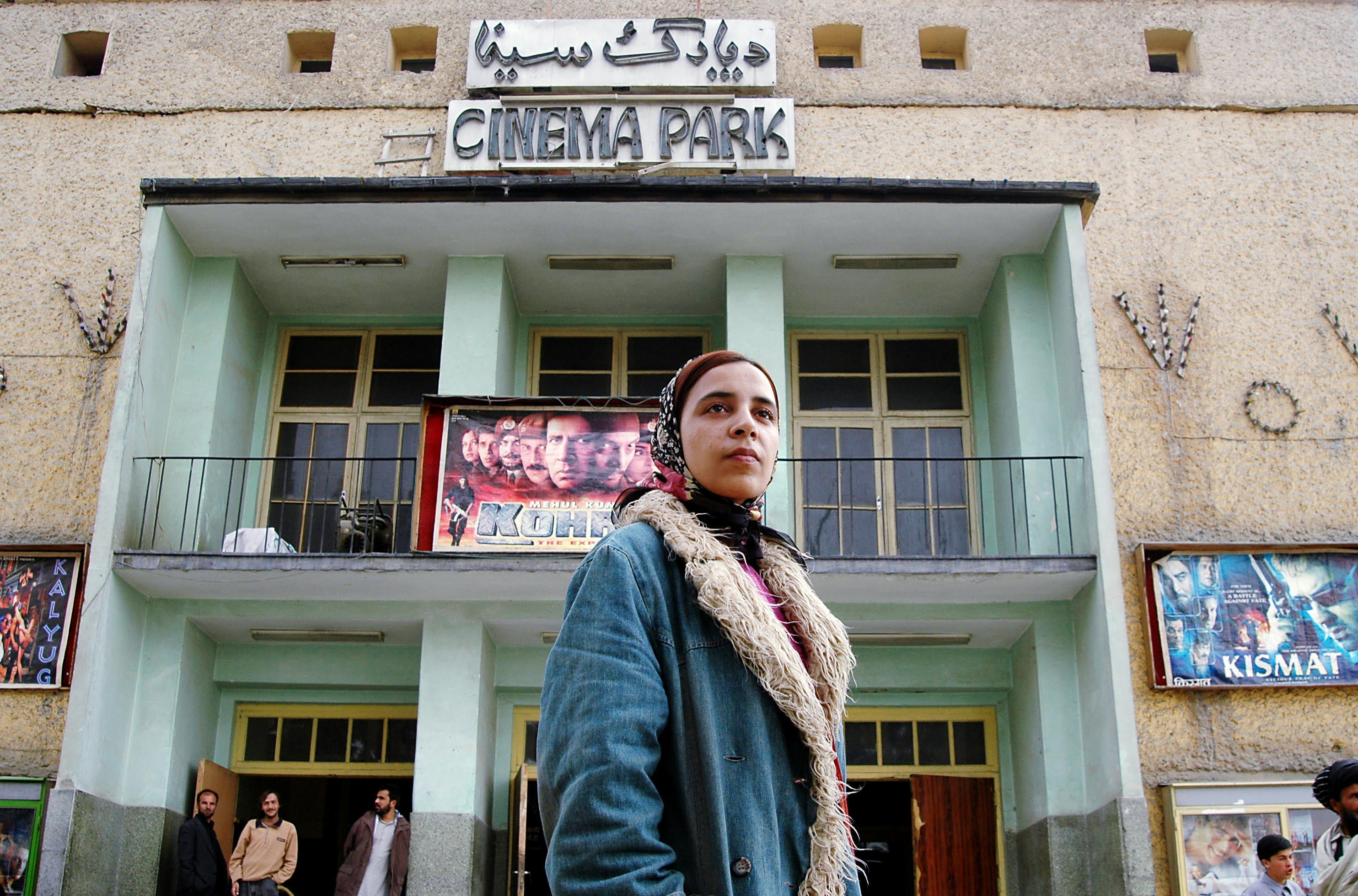 At first glance, the decrepit building hardly registers as a historic structure. The peach paint on the exteriors has cracked with age. The concrete patterns on the walls have long crumbled; all that remains is covered in grime. Set in the front of its namesake Park-e-Sharenaw, surrounded by pine trees in the heart of the Afghan capital, the double-storied structure could easily have passed for a dilapidated warehouse were it not for the oversized, colorful prints of old movie posters depicting Bollywood divas from an era long gone. It wasn’t unusual to find the faces of a younger Amitabh Bachchan wooing Sridevi in Khuda Gawah (1992). The film was set in Afghanistan and, despite its many cultural faux pas, which bordered on offensive, it is still widely popular among Afghans.

So when Kabul Municipality, under the aegis of Afghan Vice President Amrullah Saleh, began demolishing Kabul’s historic Cinema Park on November 9, 2020, some 50 artists, civil rights activists, and journalists gathered to try to protect the structure that holds fond memories of a very different Afghanistan — one unmarred by the conflicts that have shaped the country since 1979. Sahraa Karimi, director of the state-run Afghan Films, a vocal critic of the decision to demolish Cinema Park, occupied the building for hours until the Afghan police forcibly removed her later that evening.

Many Afghans didn’t seem to mind the government’s decision; they couldn’t comprehend why Karimi would object to razing a building already in disrepair, to replace it with something more modern. After all, in a country