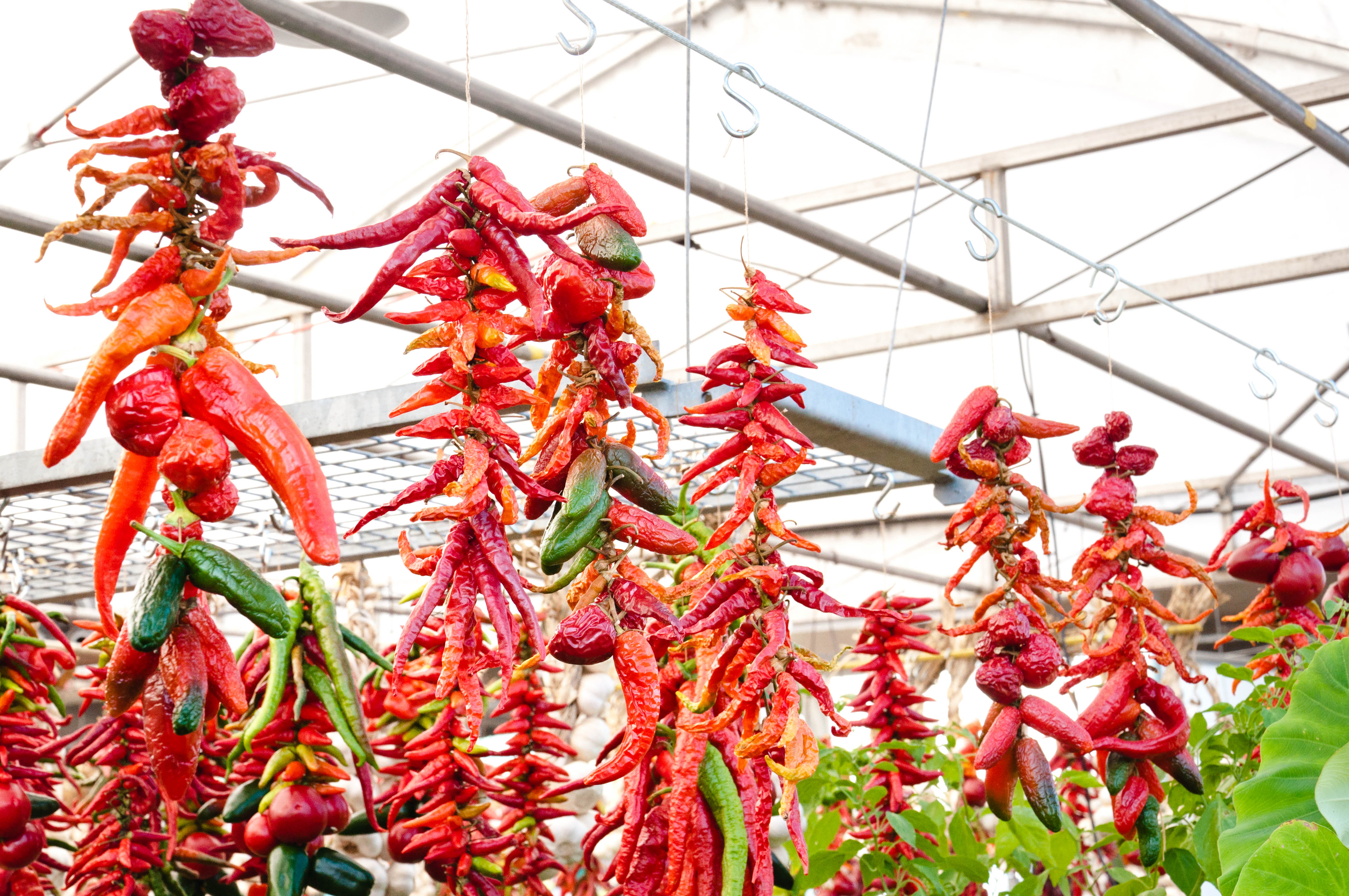 Is there any ingredient in the South Asian pantry that invokes as much reverence and awe as mirchi, miris, or milagai? Referred to by a variety of names in the Indian subcontinent, chilies are not just an essential spice but also a metaphor for the chutzpah of our cultures. Adding mirch masala refers as much to the literal act of adding chilies to a dish as it does to the delicious deviance of embellishing the truth. A story becomes more exciting when it comes liberally laced with flavor-enhancing details, just as a dish acquires a face lift with a spoonful of chili powder. It’s difficult to imagine anyone writing a song about fenugreek or cumin. But chilies lend themselves to — and serve as —  compelling metaphors that point to both the fragility and fierceness of civilization.

When it comes to our spice cabinets, chilies occupy center stage. From sambar to sambol, thecha to achcharu, chilies are elemental to the subcontinent. Whether fresh, dried, tempered, roasted, fried, powdered, stuffed, or pickled, they are so deeply enmeshed in regional cuisines that we assume their nativeness, that they must be ‘ours.’ But as it turns out, before 16th-century Portuguese and Dutch explorers brought this Central and South American plant to the shores of India, our culinary lexicon was oblivious to its fruity fire. In earlier eras, the only ingredients known to impart heat were black pepper and pippali (long pepper), a spiky brown fruit that was usually dried and powdered. Both spices were prized for their nutritive and medicinal properties.

In fact, one could go as far as to wager that the sort of heat now assoc