For 30 years — from the 1930s to 1960s — jazz dominated Indian elite entertainment and weaved its way into iconic Bollywood showtunes. Its influence lingers to this day. 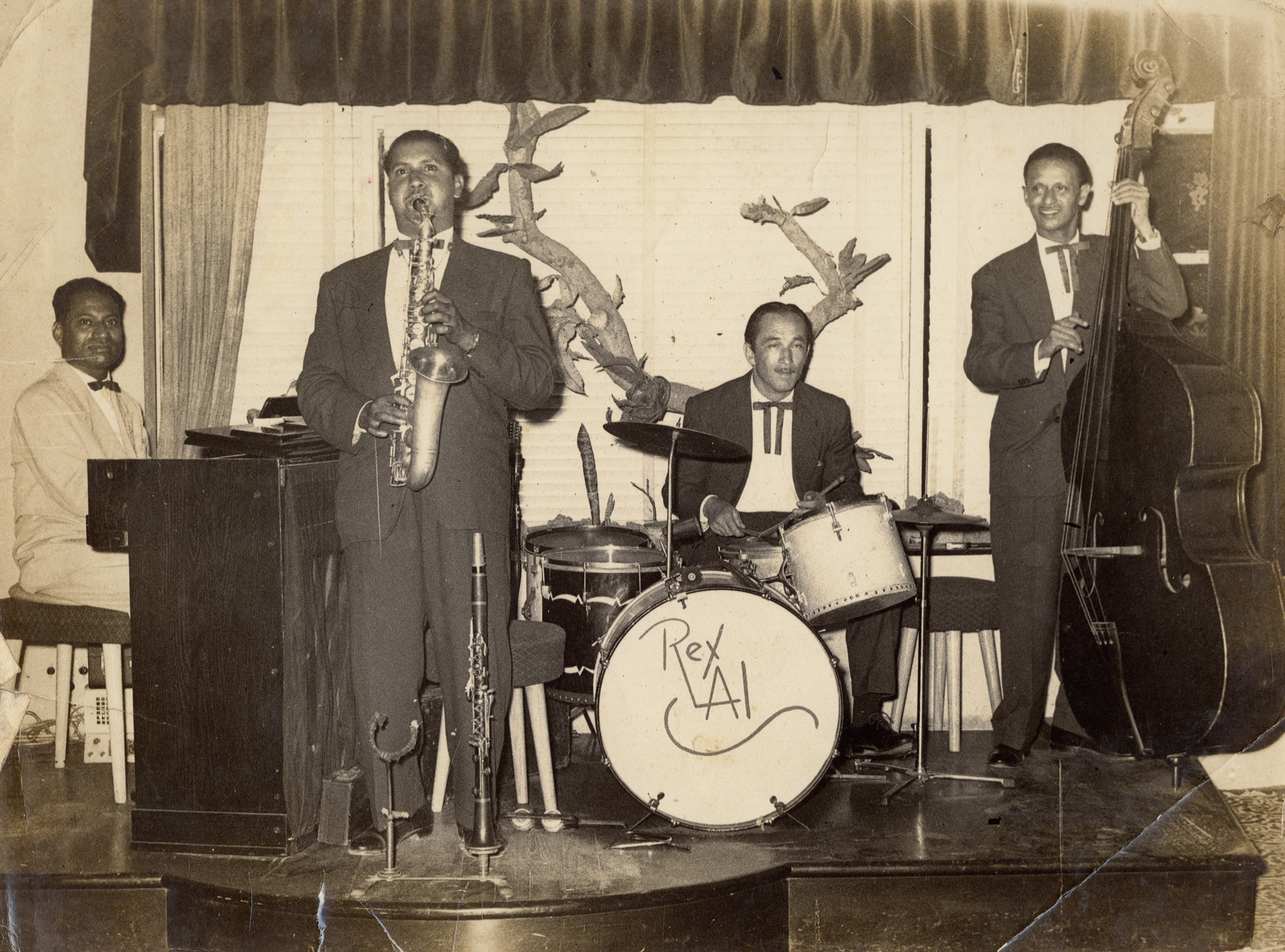 South Bombay’s restaurants and hotels — Gaylord, Volga, The Ritz, Astoria, The Ambassador, the Taj Mahal Hotel — were once flush with chintz sofas and velvet curtains. Their patrons were men with slicked-back hair wearing snappy suits and women draped in saris or donning gowns. Everyone smoked. Socialites, politicians, and Bollywood celebrities like Dilip Kumar rubbed shoulders. The soundtrack to these gatherings was the hottest trend in the country: jazz. For three decades — from the 1930s to the 1960s — the jazz scene in Bombay was a place of allure, innovation, and vibrant characters.

But jazz wasn’t just a mere Western import — it also infiltrated Indian sounds and compositions during its 30-year heyday to the point that it inspired a new genre, Indo jazz. Within a few decades of its arrival, jazz underpinned much of contemporary Indian culture, even seeping into Bollywood hit singles such as “Eena Meena Deeka” from the 1957 film Aasha, and lingers well into the present-day.

“Growing up, I didn’t know much about jazz in India,” London-based percussionist and composer Sarathy Korwar told me. “I did listen to [American jazz greats] Charlie Parker, [Thelonious] Monk, Dizzy Gillespie, whose CDs and tapes you could find in local music shops.” Mumbai-based producer and jazz musician Kumail Hamid, 25, echoed Korwar: “I was stunned by the experimentation of the music and how that e