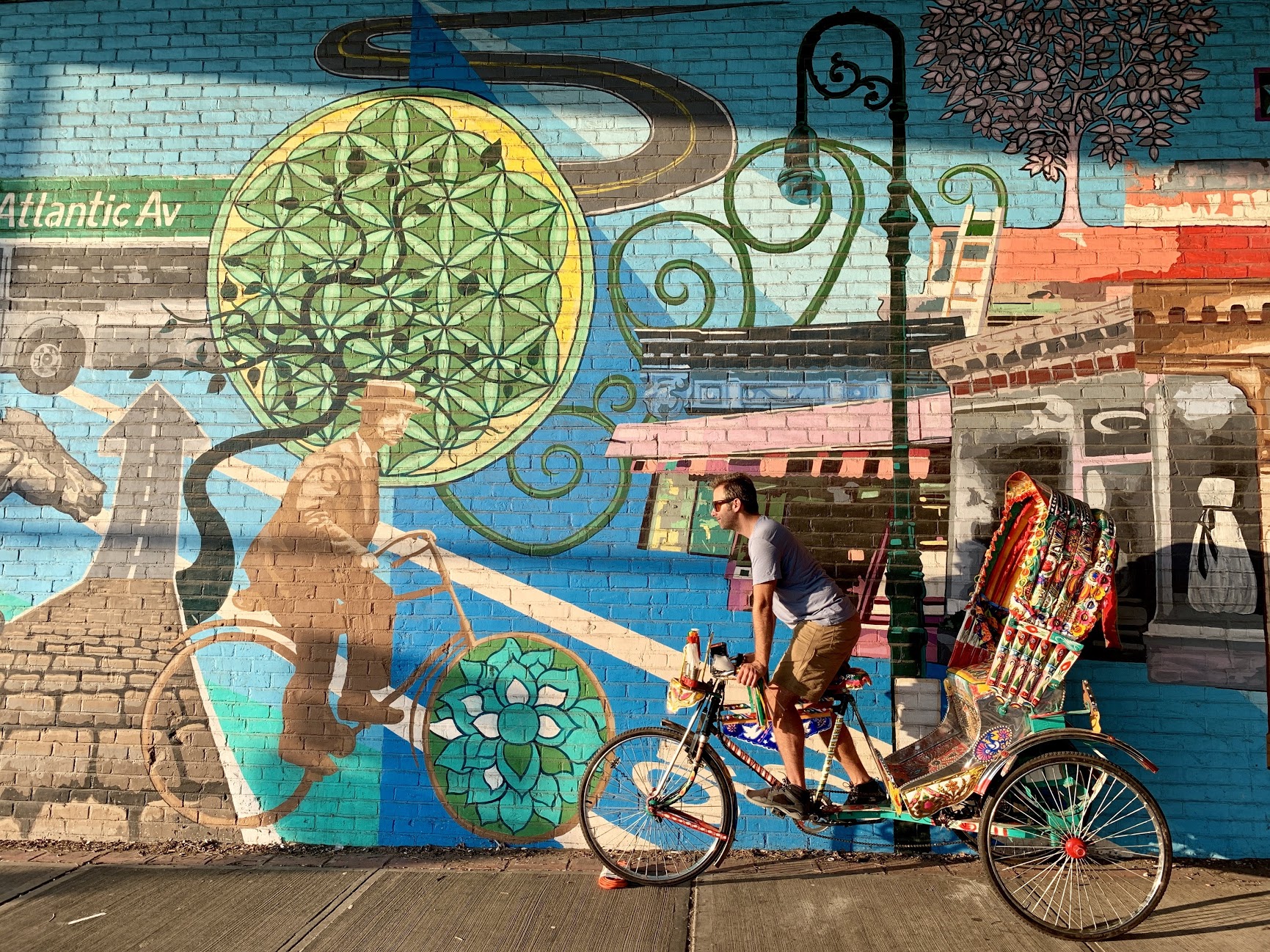 It’s hard to draw attention to yourself in a city as unfazed as New York. Ride the subway dressed as Spiderman in the middle of August, and no one looks up from their phones. Have a decibel-decimating brawl with a friend in the middle of a sidewalk during rush hour, and people will veer around you and carry on their way. Be Jake Gyllenhaal and pop into a La Colombe for coffee, and you might at most elicit a curious double take or two.

But when you’re a white guy at the helm of a Bangladeshi rickshaw cruising around Brooklyn Bridge Park? That’s a different story.

The streets of Dhaka are teeming with three-wheeled cycle rickshaws, handmade contraptions that are festooned with vivid colors and embellishments that upgrade them from utilitarian modes of transport to individual works of art. Unfortunately, it's also something of a dying art. But for now, a million rickshaws ferry commuters across the city, and the florid, customized vehicles are as synonymous with Dhaka's traffic-choked roads as staccato horns and plumes of exhaust. But Brooklyn? Not so much.

Meet New York’s most unlikely rickshawala. Journalist Andy Isaacson first encountered the subcontinent’s ubiquitous three-wheeled pedicabs during a reporting trip to Dhaka in 2012, and it was love at first ride.

“I was just smitten with the artistry of these vehicles,” he told me. He later related this functional mode of transport with a more fanciful, less pragmati