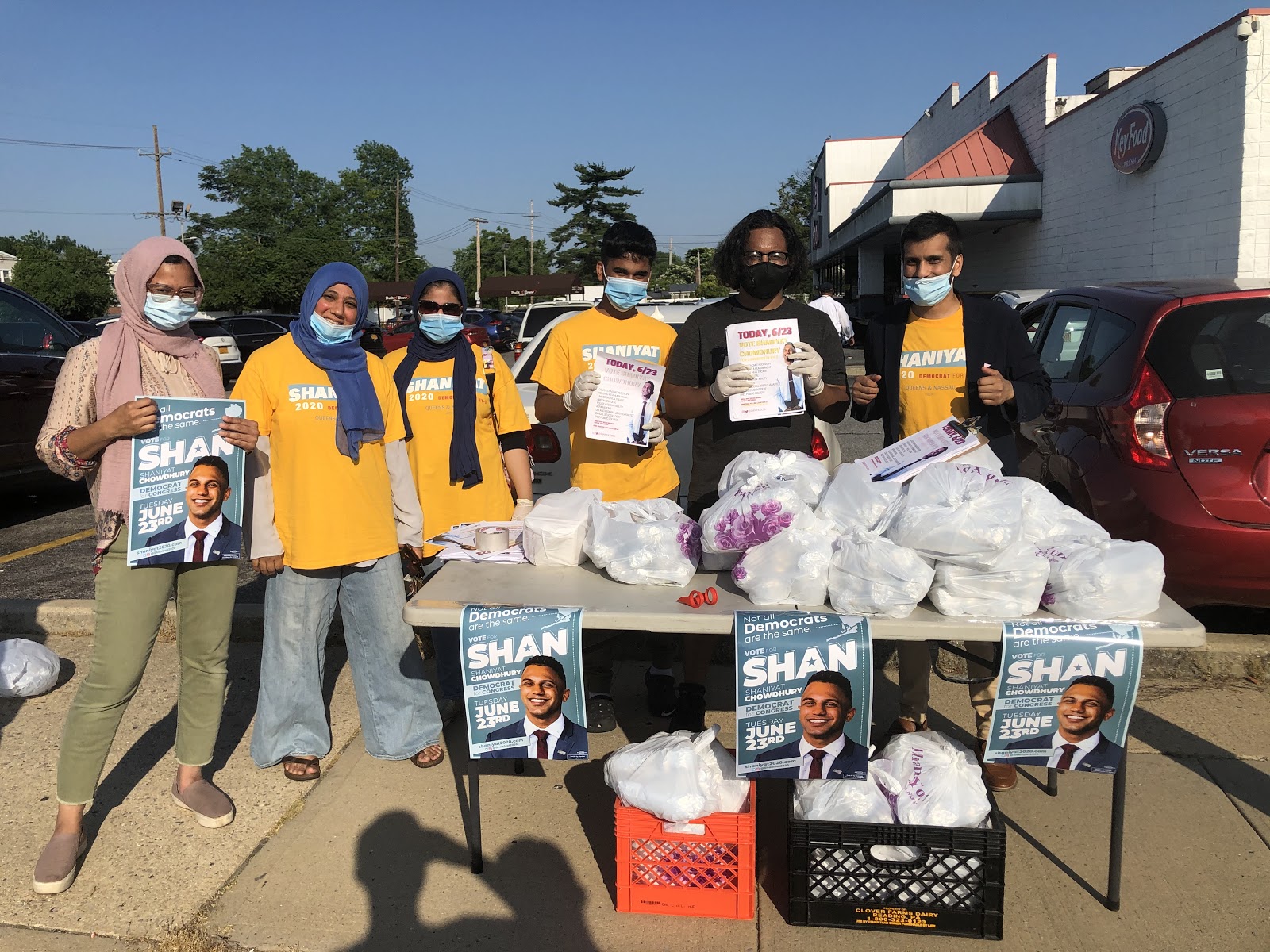 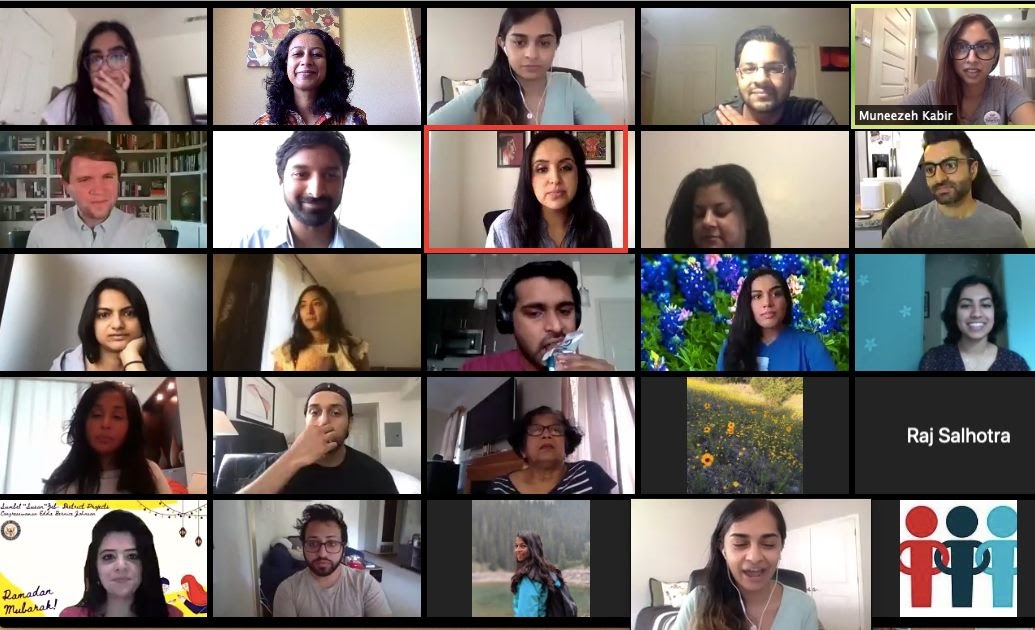 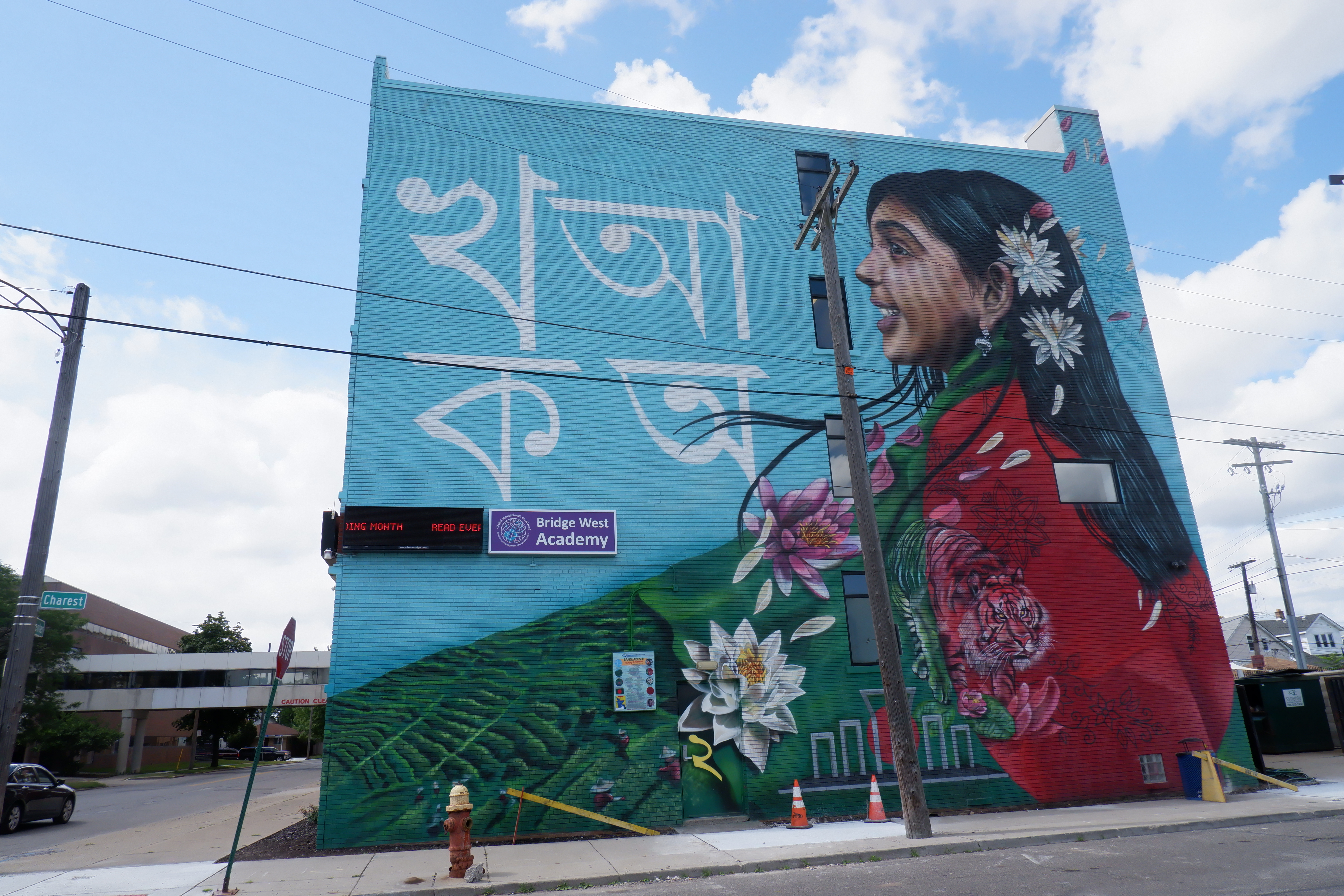 A mural by marka27 in Hamtramck depicts a young Bengali girl. (Sheela Lal) 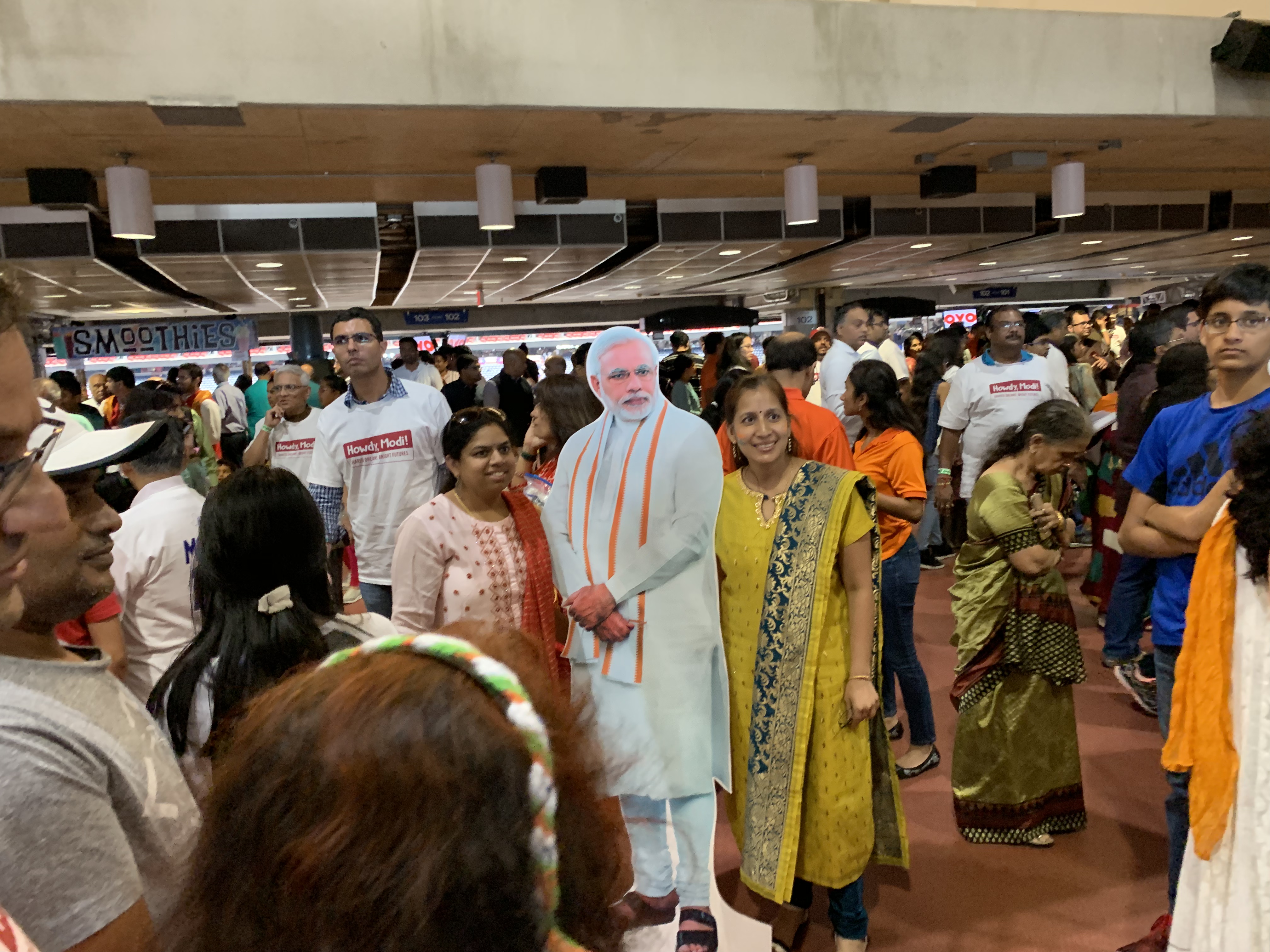 From ‘Hindus for Trump’ to the Kamala Harris effect, the fast-growing group could tilt the election in key states.

This article was published in collaboration with The Guardian.

Around 2016, Aamina Ahmed found herself wondering why, for all the talk about getting out to vote, no one had been canvassing in her neighborhood in Canton, Michigan.

Canton is a township between Detroit and Ann Arbor with a growing South Asian population. Ahmed, who is Pakistani American and works and volunteers for several civic engagement organizations, started to speak up about the absence of activity at local candidate forums. Intrigued, a worker at a voter outreach organization went back to their colleagues to inquire if they had visited these neighborhoods. It turned out that the field workers had skipped visiting voters with names they felt they couldn’t pronounce.

“They were viewing it as, ‘Well, we don’t want to offend the person by mispronouncing their name versus you are actually excluding them from the opportunity to participate in democracy,” Ahmed said.

Such is the kind of story that turns up when probing why South Asian Americans, who