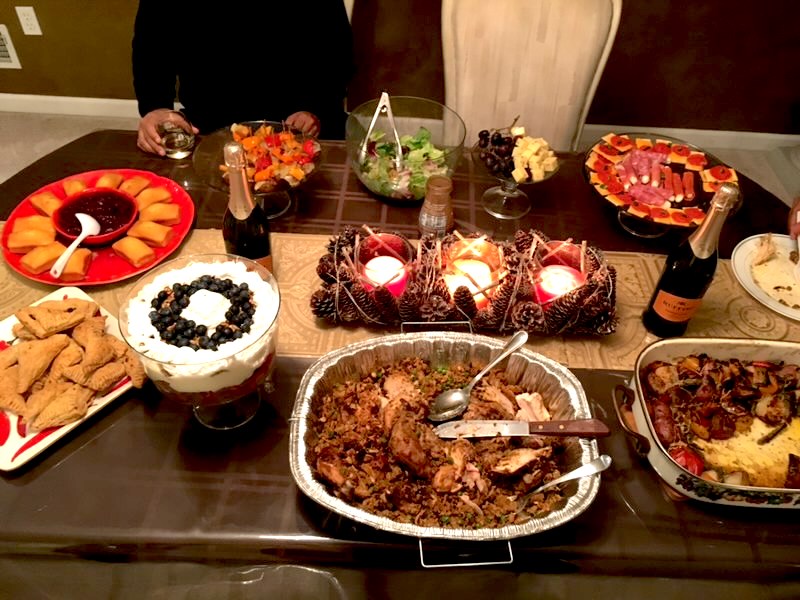 Thanksgiving meals are open to interpretation

For several folks in the American disapora, Thanksgiving is a continuation of Diwali celebrations

Thanksgiving meals are open to interpretation

Every year, the biggest gathering of my family happens on Thanksgiving. None of us care for a holiday that celebrates a massacre of indigenous people or asks Americans to present a dry bird as the centerpiece of the meal. But it’s the only time of the year that all of us — and there are a lot of us — are off from work.

Our meal has no turkey, no mashed potatoes, no green bean casserole. My parents, immigrants from India, have never liked any of that food (too bland!). We prefer a table set with my mom’s greatest hits — chhole and mattar paneer with plenty of cumin rice are the meaty mains that replace the turkey, aloo ka rasa is a stew-ier, spicier treatment of potatoes than the mashed version, and sweet and sour, fenugreek-spiked butternut squash is a far superior swap for mushy, disappointing green bean casserole. For an appetizer, my aunt Rachna makes bhel puri, and for dessert, we eat apple pie and pumpkin pie to go with my mom’s shrikhand.

For some, embracing Thanksgiving is not complicated at all — it’s a way of assimilating in the U.S., and feeling a sense of belonging. It’s one of only a few major non-denominational American holidays, a holiday whose central tenets — big family gatherings, bottomless feasts — closely align with South Asian culture.

Yet, at the same time, the narrative of Thanksgiving is largely one that centers on white people, white food, and white history. We honor the part of history that involves pilgrims celebrating the harvest, but ignore the massacre of indigenous people that also happened. We eat dishes based on the native foods eaten during colonial times, yet those staples haven’t c