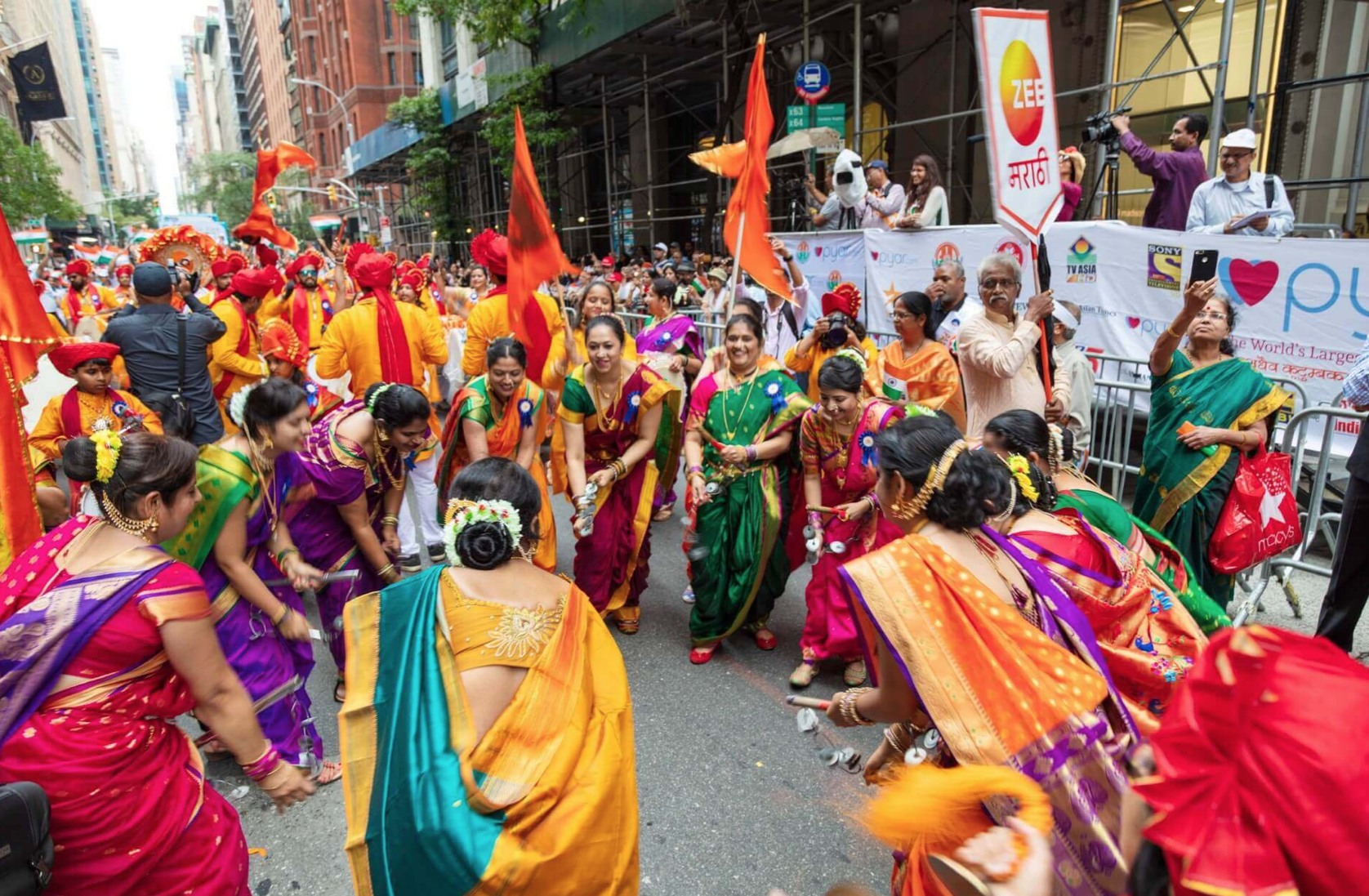 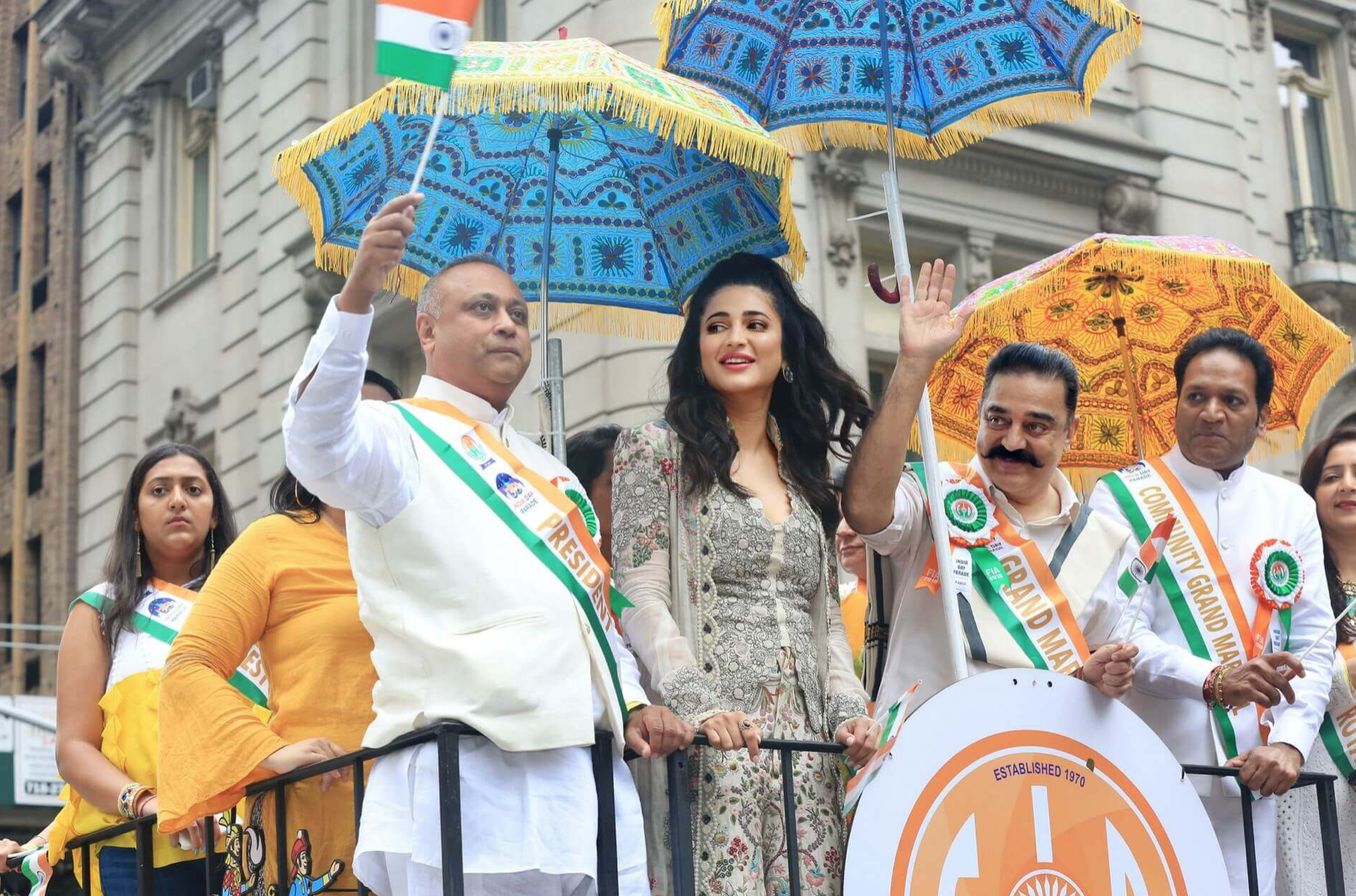 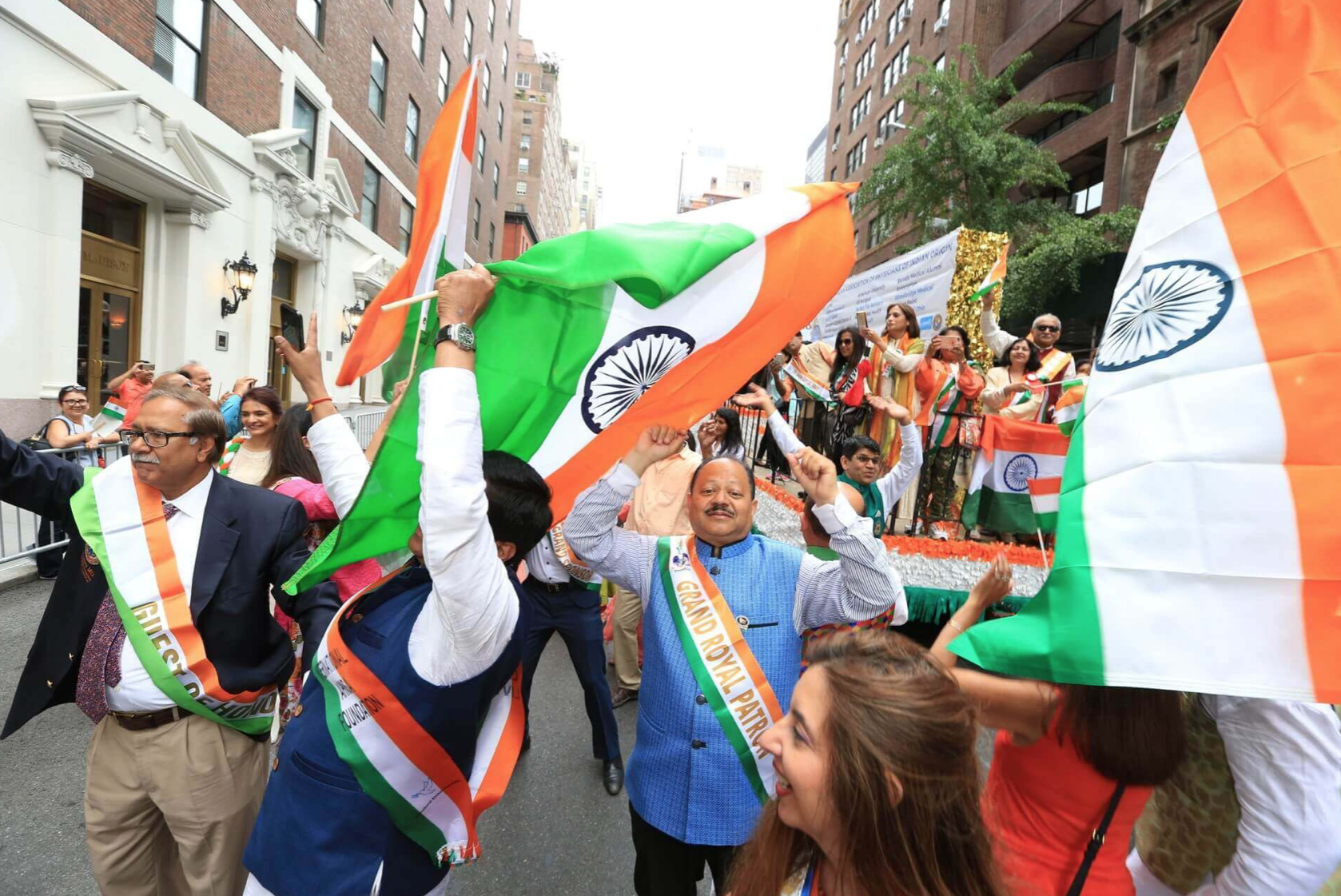 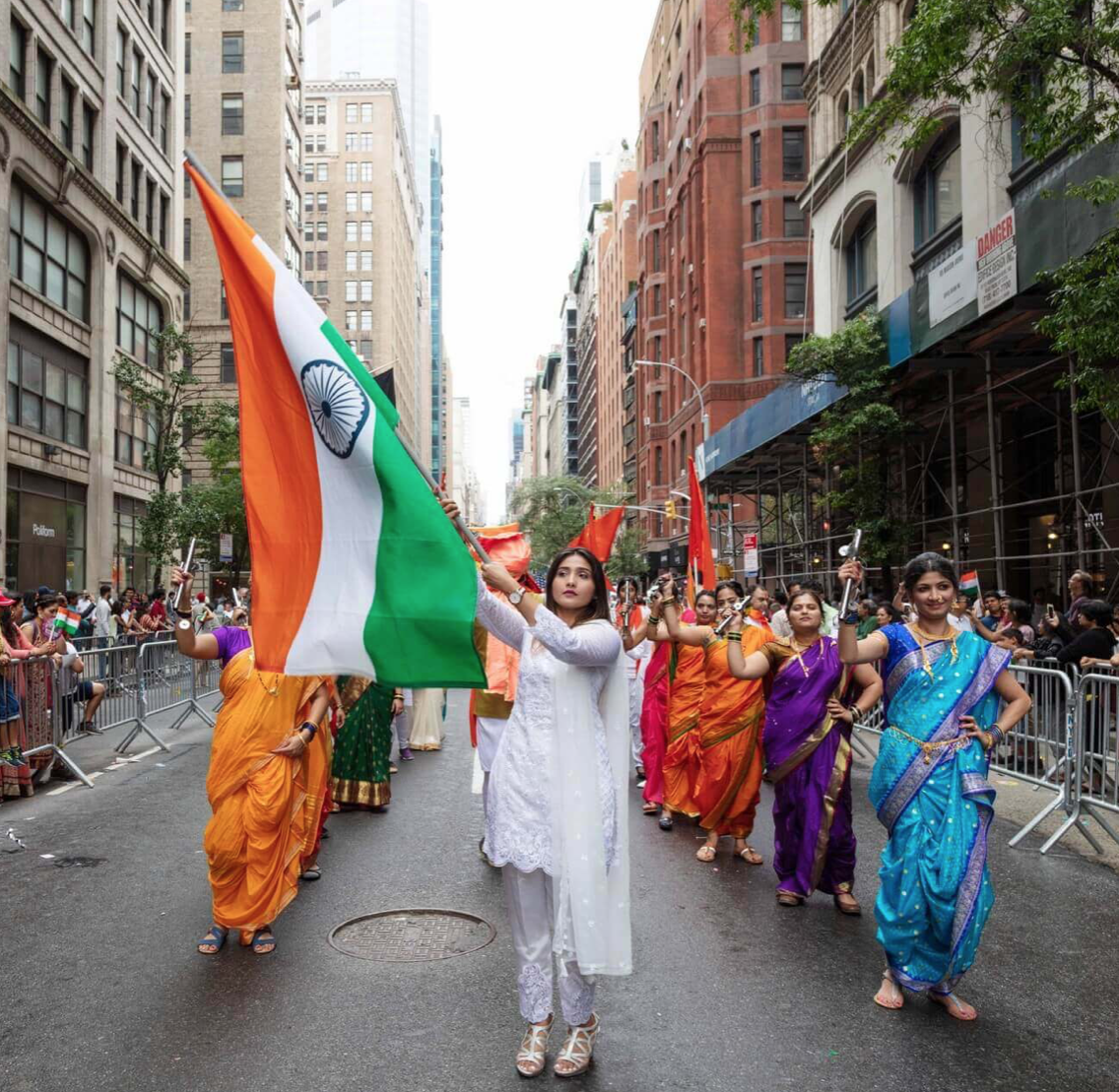 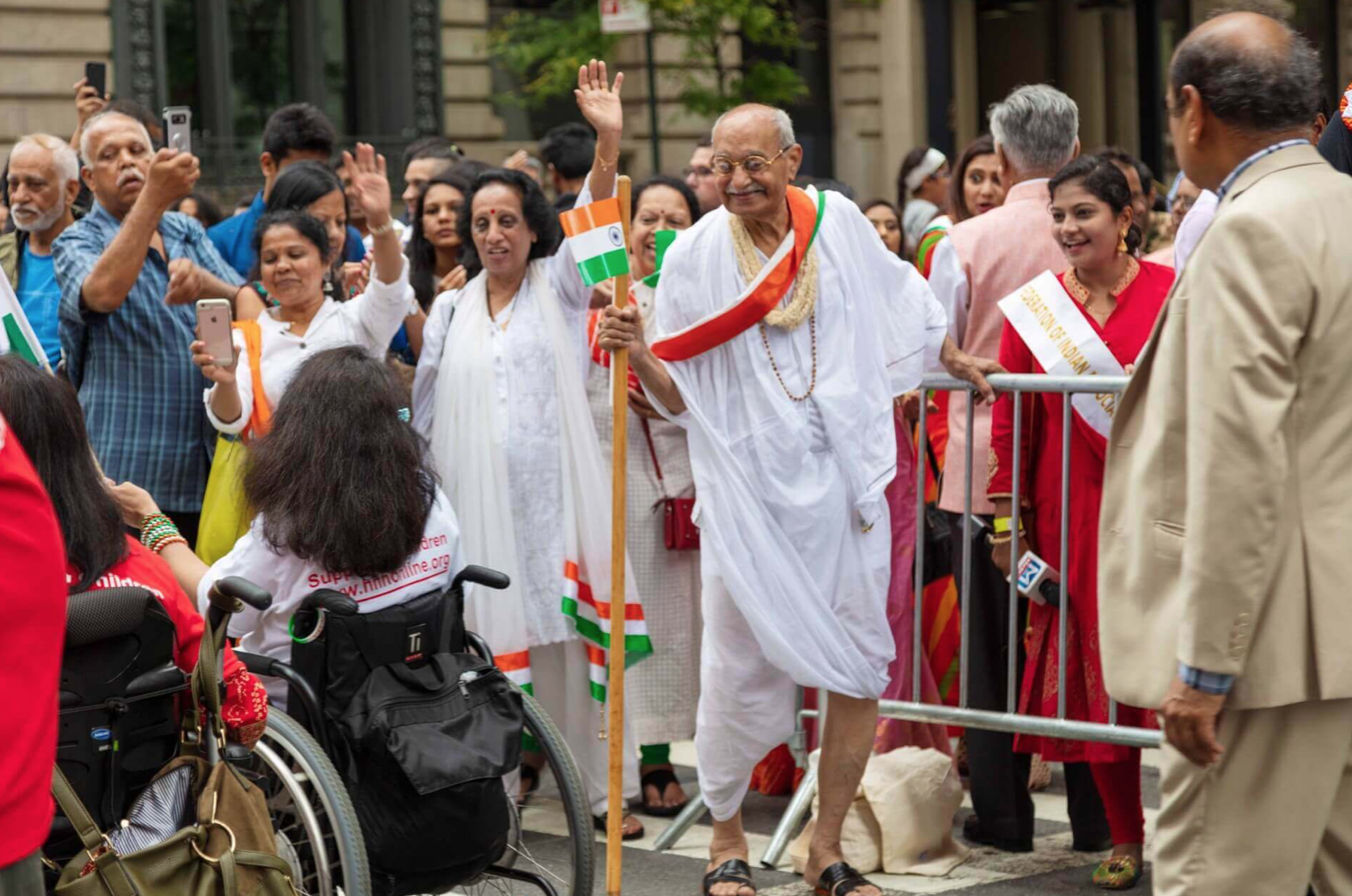 A man dressed as Mahatma Gandhi at the 2018 India Day Parade. (Federation of Indian Associations) 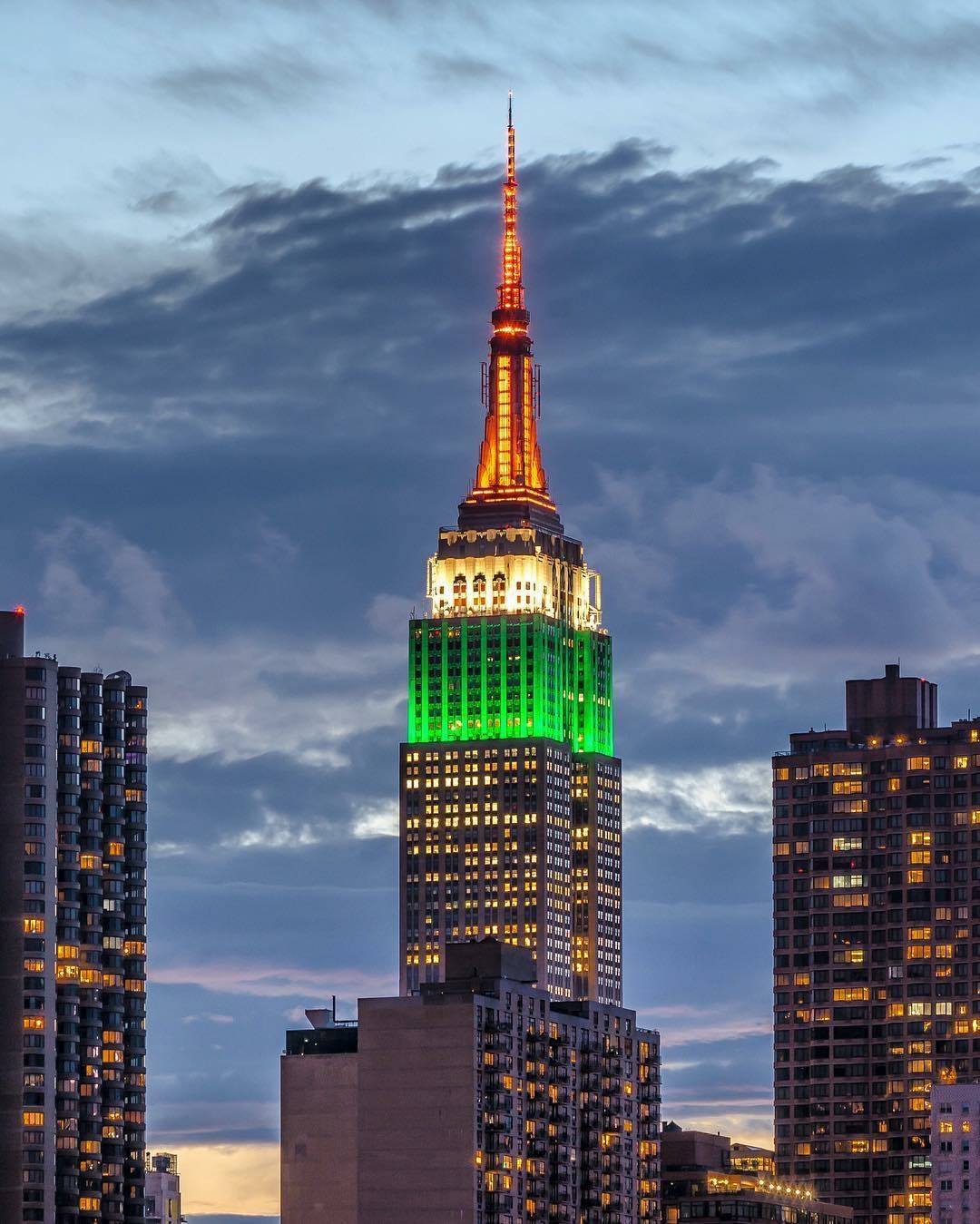 The Empire State Building lights up in honor of India's independence day. (Federation of Indian Associations)

On this one day in August, Madison Avenue in Manhattan is unrecognizable.

It transforms into a sea of green, orange, and white. Hands hold Indian flags. Eyes are on marching groups and floats that carry Bollywood celebrities, or on dancers gyrating to blaring tunes.

The India Day Parade is the world’s largest gathering commemorating India’s 1947 independence from the British. It expects nearly 200,000 attendees this year, and thousands more who will view the parade online, even in India. The parade on Madison Avenue has been going on since 1981, when it celebrated the milestone of 100,000 Indians — of 360,000 in the U.S. — living in the tri-state area. Today, over 4.4 million Indians live in the U.S. and nearly