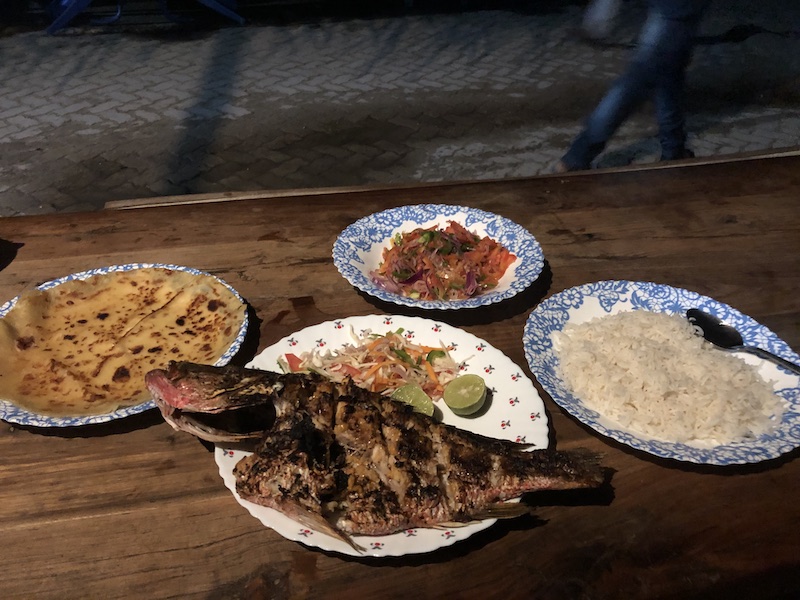 We are sailing on the Indian Ocean in the shadow of the equator. Our captain, Jawad, is a young Kenyan who came recommended by several travel bloggers. He’s funny, they said. So good looking, they said. He has just served us a lunch of fish he caught this morning, alongside a salad he prepared on board. Now, he pulls the sails down on his dhow, so we can coast past mangroves slowly submerging in the rising tide. Jawad and his crew sit near the rudder, from where the smell of marijuana floats now and then to the front. He tells us he’ll play some music and borrows portable speakers from the other couple on board, intricately tattooed artists from Jersey City. The afternoon air fills with Reshma.

(It has only been days since you left How shall I live through this for years?)

I am shaken out of my post-lunch stupor. Reshma, late night muse to Pakistani truck drivers, on the Kenyan coast? I look back to see Jawad and his crew, all Swahili speakers, in a trance, nodding their heads as the folk singer, beloved in the subcontinent, speaks balefully of the loss of love. They sing along the way I sing "Despacito" or read Arabic — with familiarity but without linguistic comprehension. Every time Reshma rises in crescendo, they clap. “This is my favorite song,” Jawad tells me. Then he asks me to play more Pakistani music. I pick an easy crowd-pleaser — "Mast Qalandar" — and it drives Jawad to a frenzy. Nusrat Fateh Ali Khan’s voice flirts with the salty air, and I promise myself that I’ll visit these brown coasts again. You couldn’t pull this off by the Eiffel Tower.

Jawad was born and raised in Lamu, one of the oldest Swahili towns on the East African coast. For centuries, Lamu played host to traders from India, Persia, and the Arab world, a history that is reflected in its revered architecture — Omani doors with Quranic inscriptions, interior courtyards that respect the Islamic emphasis on privacy, and simple, unadorned mosques. 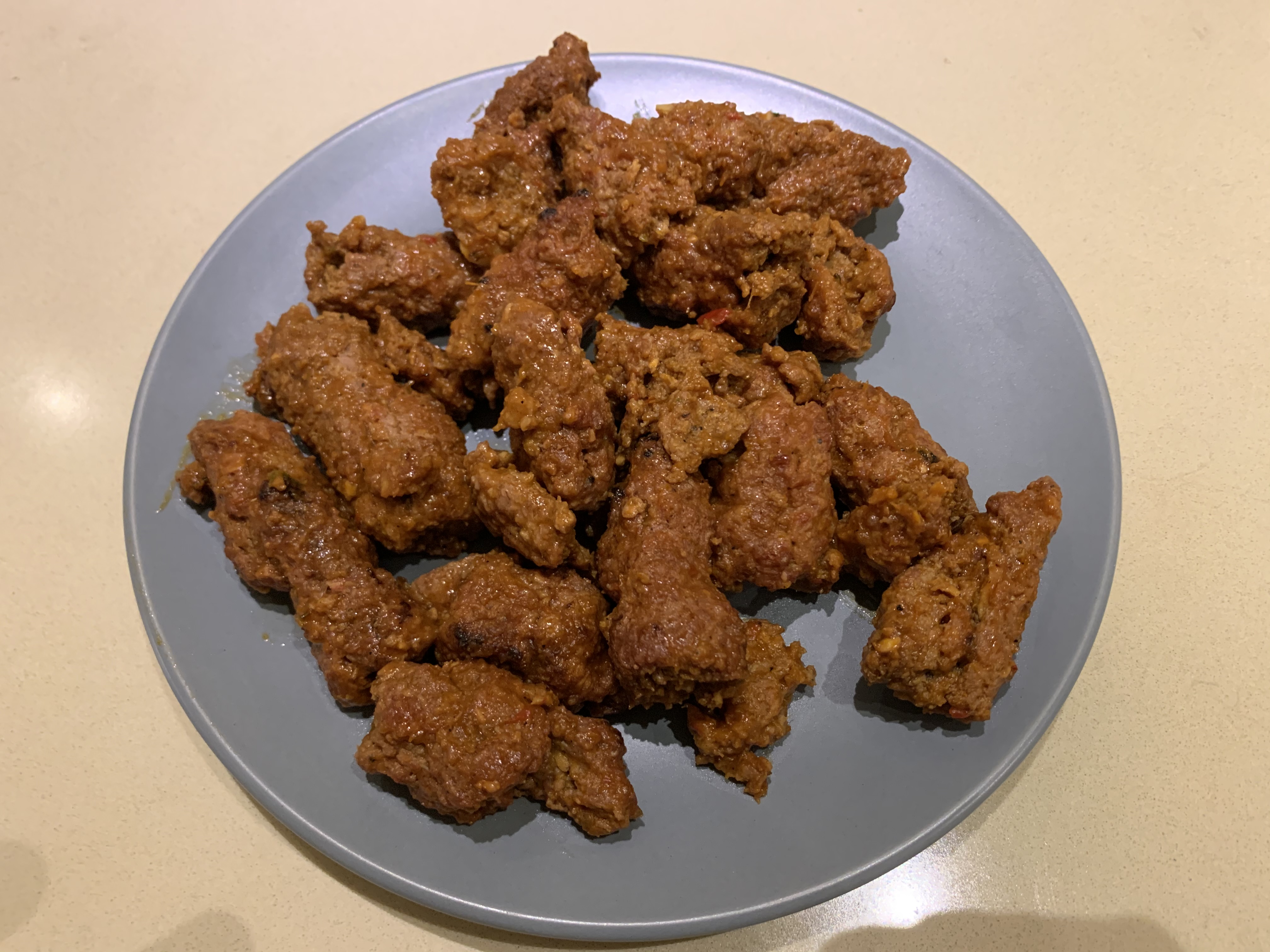 East African ties to the Indian subcontinent were deepened during the colonial period, when the British brought over more than 30,000 indentured Indian laborers to work on that much-touted gift of Empire: the railway. It had proven to be a successful venture in South Asia, where construction ramped up after India's 1857 War of Independence and the railroad became both an economic project and a military one.

In 1895, the British sought to replicate this in East Africa. They planned a line that would go from Mombasa to Kampala, protecting British territorial interests and control of the Nile. Not trusting locals with construction, the British brought over lower-caste Indians for the task, setting the stage for complex race relations between Indians and East Africans that persist to this day. 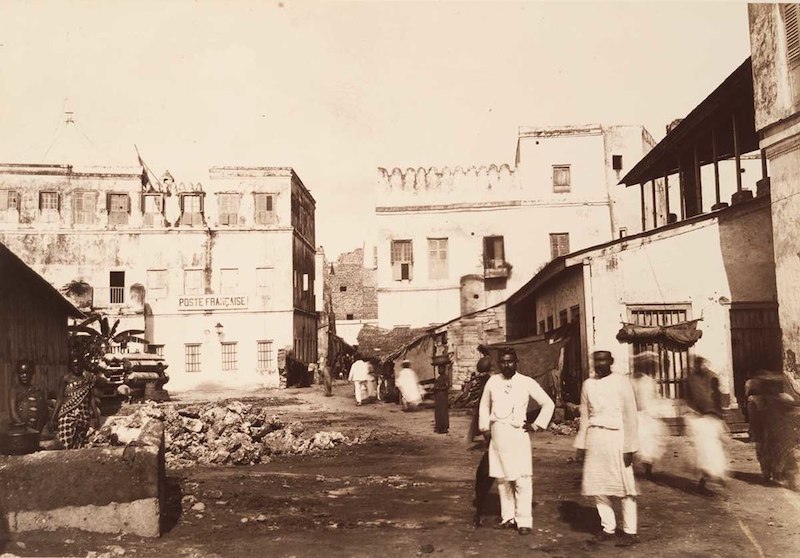 Within a year, construction workers were losing their lives to malaria, dysentery, or the mythologized Tsavo Man-Eaters, a pair of lions who attacked and killed several workers. As many as 2,500 men died during the construction of the “Lunatic Express” — about four men to a mile. After completion, thousands of laborers chose to stay in East Africa instead of repatriating. Today, it is the third and fourth generation descendants of those laborers that form the bulk of Indian Africans in Mombasa, Nairobi, and Kampala.

Indian presence in East Africa has been monumental. Jamatkhanay, temples, and mosques dot all major cities. Indian families like the Madhvanis, who ran successful businesses, were such a threat to nationalists, that these families were expelled during the rule of Ugandan dictator Idi Amin. The expulsion drove many out in the 1970s, although several returned after Amin was ousted.

Marko Mwipopo, lecturer of the Swahili language at the University of Michigan, tells me that in his home country of Tanzania, relations between the communities have been much more peaceful. He adds, though, that Indian Tanzanians “form a very separate layer, with very different lives.” According to Mwipopo, many Indians in Tanzania are well-off, with access to “good schools and hospitals, private drivers and nice neighborhoods.” Our three weeks in Kenya told a similar story — we saw Indian Kenyans in posh Nairobi restaurants but not once on the matatus, shared taxis that move most of the population around. 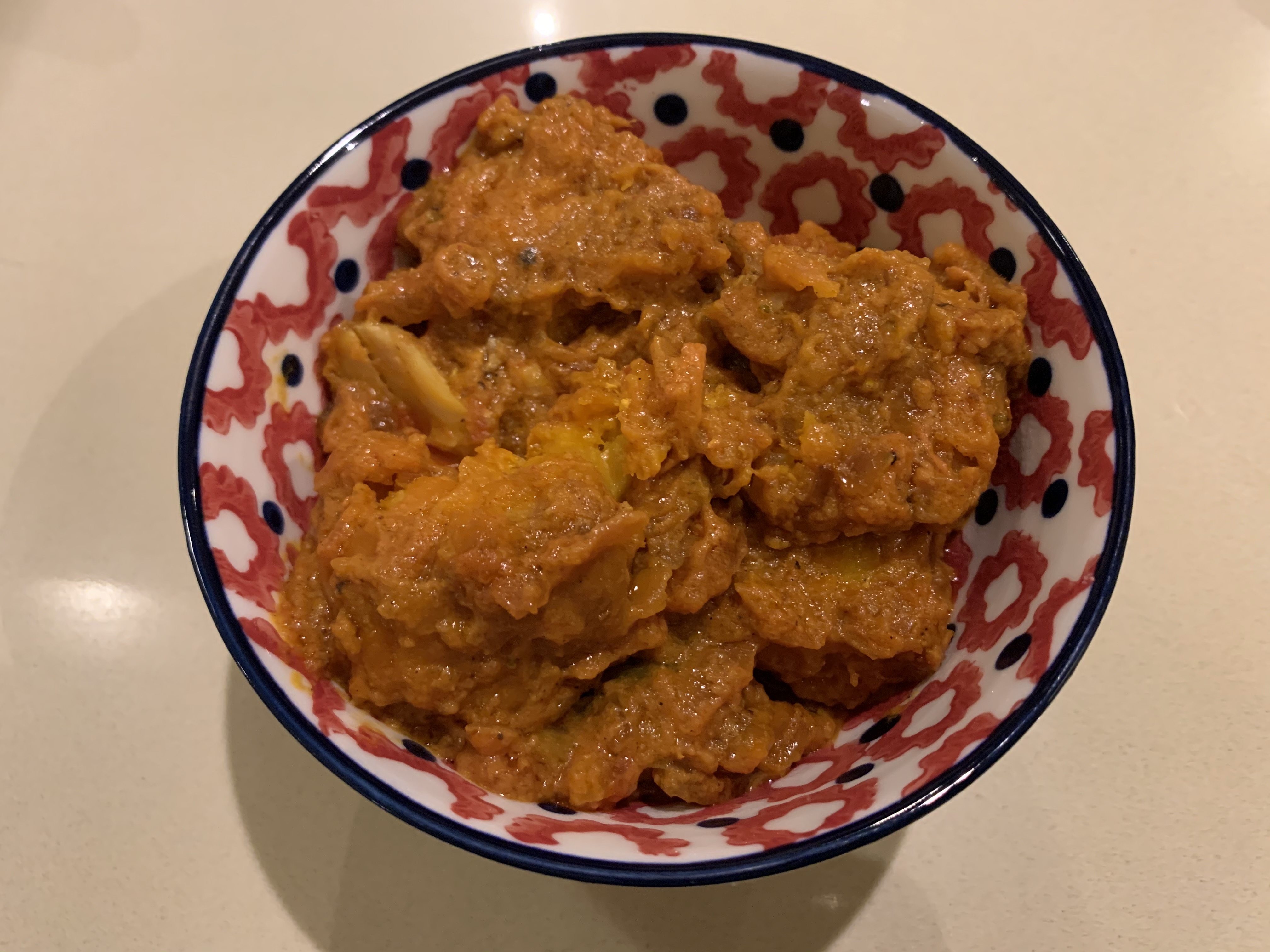 Back in Lamu, Jawad tells me that people there are predominantly Muslim; when our sailboat makes a stop at a floating bar, the crew members stay away from the margaritas, although not from the group of Spanish girls drinking them. At night, older men mill around the waterfront in white ankle-length kanzus, a variation of the thawb of the Arabian Peninsula. But while Lamu appears proud of its Arab Muslim heritage, the food on the island is decidedly India-forward.

Our first night there, we eat at the house of a man who claims to be the last Ismaili in Lamu Town. As his 10-year-old sings along to "Chand Sifarish" (from the Aamir Khan movie Fanaa in which he played the hackneyed role of Kashmiri insurgent to wide Indian appeal), Arif serves us fish curry and chapati with a side of kachumbari salad. The next day, lazing around the town square in the evening sun, we indulge in a freshly fried samosa — a snack that owes its origin and etymology to Central Asia but is now a beloved staple in places as disparate as Bangladesh (shingara), Portugal (chamuça), and Somalia (sambusa).

In Mombasa, fewer than 300 kilometers south of Lamu, the culinary influence is even stronger. We sign up for a Swahili food tour of the city, and our host insists we arrive on time at the first restaurant on the itinerary — it is Friday, “Biryani Day,” and she is worried they might run out. As we walk around Old Town in desperate attempts to burn off the biryani, she buys us an assortment of fried snacks. I don’t get to ask what they’re called, but I know what they’d be called in Pakistan — chicken roll, kabab, pakoray.

There is no other way to put it — much of traditional Kenyan food is bland. Salt is often used, and coriander on adventurous days. Due to the cost and unavailability of spices, most of interior Kenya adheres to simple culinary traditions — boiled rice and meat, ugali, and barbecue. One of the country’s most prolific food bloggers, Chani Solanki of Pika Chakula, points to worldwide trends of greater food adventurism and curiosity that are spurring the growth of diverse restaurants in Nairobi, but agrees that a lot of the traditional food remains simple. Solanki herself is a fourth generation Kenyan of Gujarati descent. She says she grew up eating Gujarati food for breakfast, lunch, and dinner — dal bhat, roti, and milk-based desserts such as kheer. 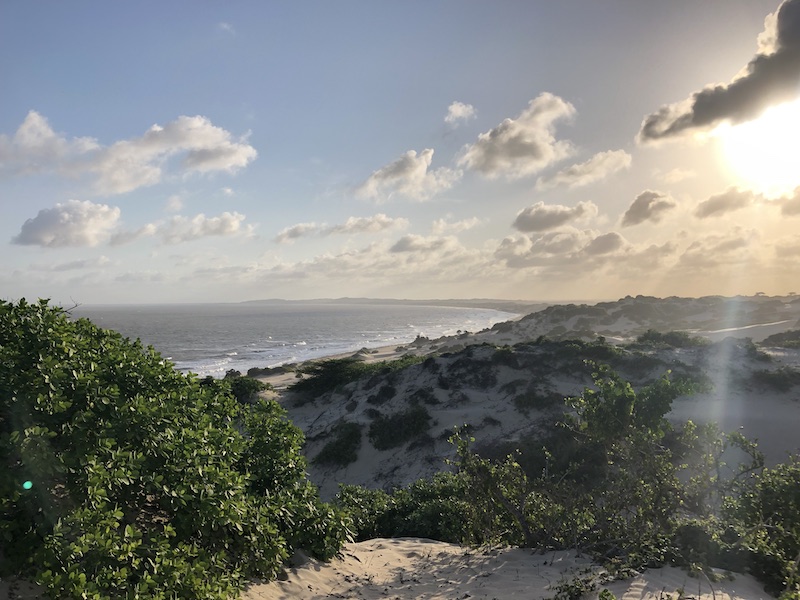 She notes the two distinctive elements of Swahili, or coastal, food to be the creaminess of coconut and the tang of tamarind. The cuisine is highly evocative of North Indian food but not synonymous with it — it relies on Indian cooking methods and common spices, but involves much more seafood and tropical produce. Solanki says that Swahili food occupies a unique place on the country’s food map because of its abundance of spices — the East African coast was an important link in the Indian Oceanic spice trade that gave us some of the world’s most flavorful foods. Mwipopo points this out too, adding that the spice trade often went hand in hand with the Arab Muslim-led slave trade, centuries ahead of the sale of people to America.

Months after leaving the Kenyan coast, I still remember the taste of biryani served with kachumbari, a memory of scooping up fish curry while facing the Indian Ocean. Though world trade has been painted as a monolithically European project, the pioneers were often elsewhere, moving people and spices around the Indian Ocean. The effects of this trade, on people and cuisine, continue to reverberate on the coasts of East Africa.

Dur e Aziz Amna is a Pakistani writer based between Rawalpindi and Ann Arbor. Her work has appeared in Longreads, Roads & Kingdoms, Dawn, The News, and London Magazine, among others. She is an MFA candidate at the University of Michigan, where she is working on her first novel.