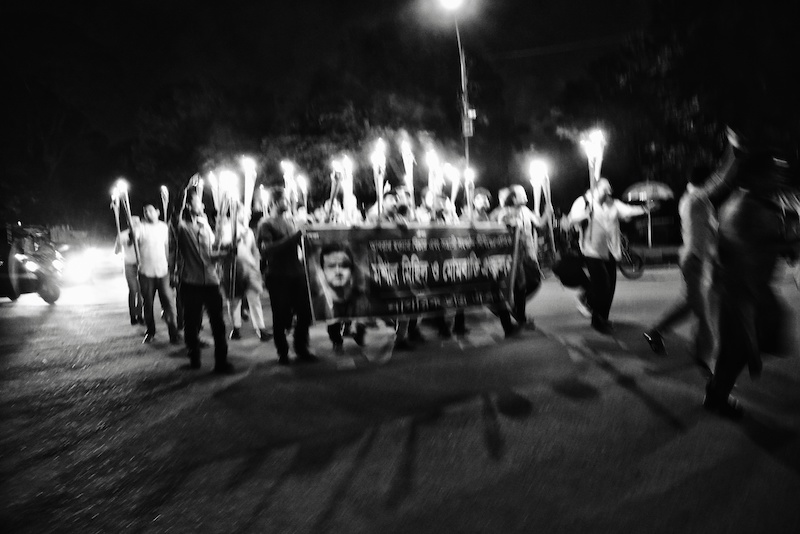 The entrance to Bangladesh University of Engineering and Technology (BUET), one of the nation’s oldest and most competitive public universities, is laden with fresh graffiti art, murals, and posters inscribed: #justiceforAbrar. The university looks almost clinical with its minimal, functional design. On October 6 earlier this year, 21-year old BUET student Abrar Fahad was found dead in his dormitory hallway. A police investigation and a post-mortem report revealed that approximately 19 young men — most of whom are affiliated with Bangladesh Chhatra League (BCL), the student wing of the country’s ruling political party, the Awami League — physically assaulted Fahad for five to six hours. In response to Fahad’s death, Bangladesh erupted in protest, demanding an end to the impunity of government-aligned student leaders.

The incident with Fahad is not unexpected in Bangladesh, said Mubashar Hasan, a political expert on South Asia and researcher at the University of Oslo. “To understand how something this horrific could happen, it’s important to understand the roots of Bangladesh’s political movements, which started from student activism,” he told The Juggernaut.