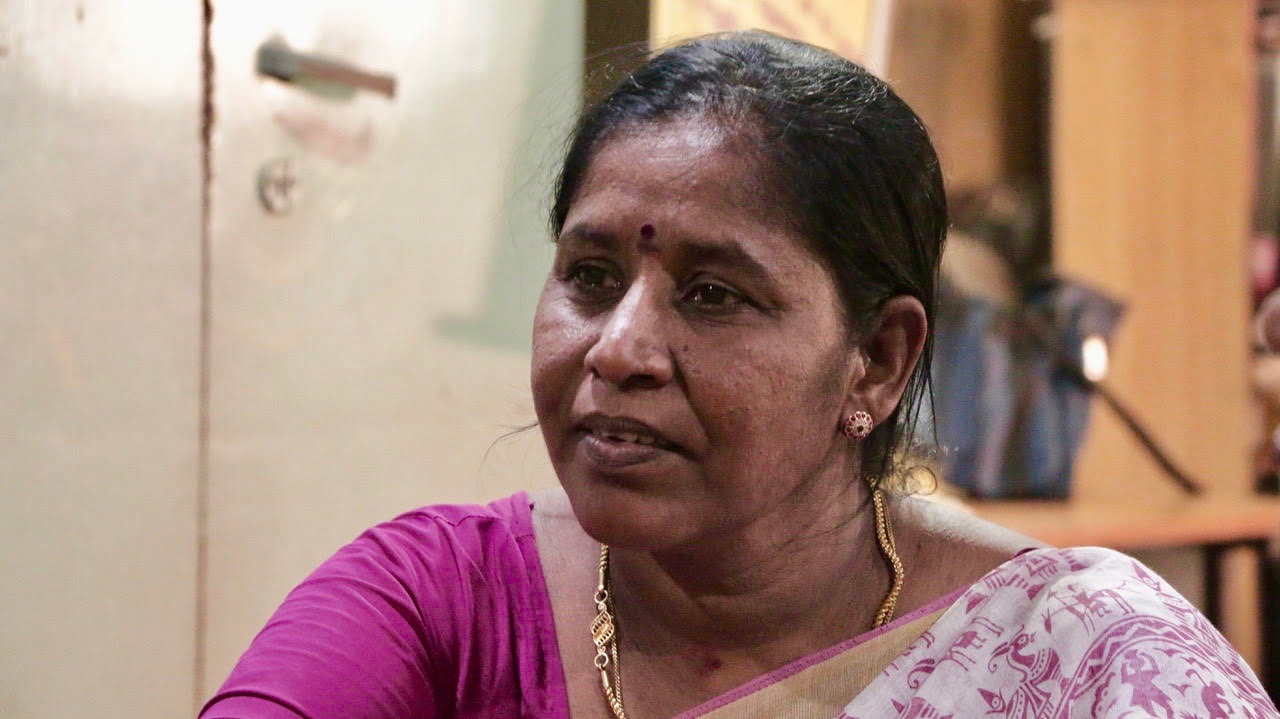 Jayadevi’s home in Puzhal camp is small, as are the homes of many Sri Lankan Tamil refugees across the south Indian state of Tamil Nadu. It measures 100 square feet and is constructed from cement roofing sheets.

Like many others of her generation, Jayadevi, 50, fled Sri Lanka under duress during the civil war. Her uncle’s son, a local priest, had gone to the temple but never returned home. After ten days, his remains were identified in a slaughterhouse among those of goats and other animals. Militants killed her sister’s husband. Her elder brother went out and didn’t come back. Jayadevi left home in 1990, pregnant, to seek refuge in India.

The Sri Lankan civil war lasted from 1983 to 2009. After Sri Lanka’s independence from the British, the majority Sinhalese discriminated against minority groups for decades. Some Tamils decided to fight the majority Sinhalese Sri Lankan government for a separate state – Eelam – in the island’s north and east. Others found themselves stuck between the two sides; many fled in boats across the 85-mile strait between Sri Lanka and India.

Over 300,000 people came to India in four phases, from the beginning of the war until three years after it ended, in 2012. The number of people who crossed the waters fluctuated as fighting intensified or temporary peace deals were struck. Two-thirds have returned and about 100,000 remain in India. Around 61,000 Tamils — like Jayadevi and her family — still live in camps. Another 35,000 have registered with local police and settled in Indian cities, according to the Commissionerate of Rehabilitation and Welfare of Non Resident Tamils, the Indian governmental body