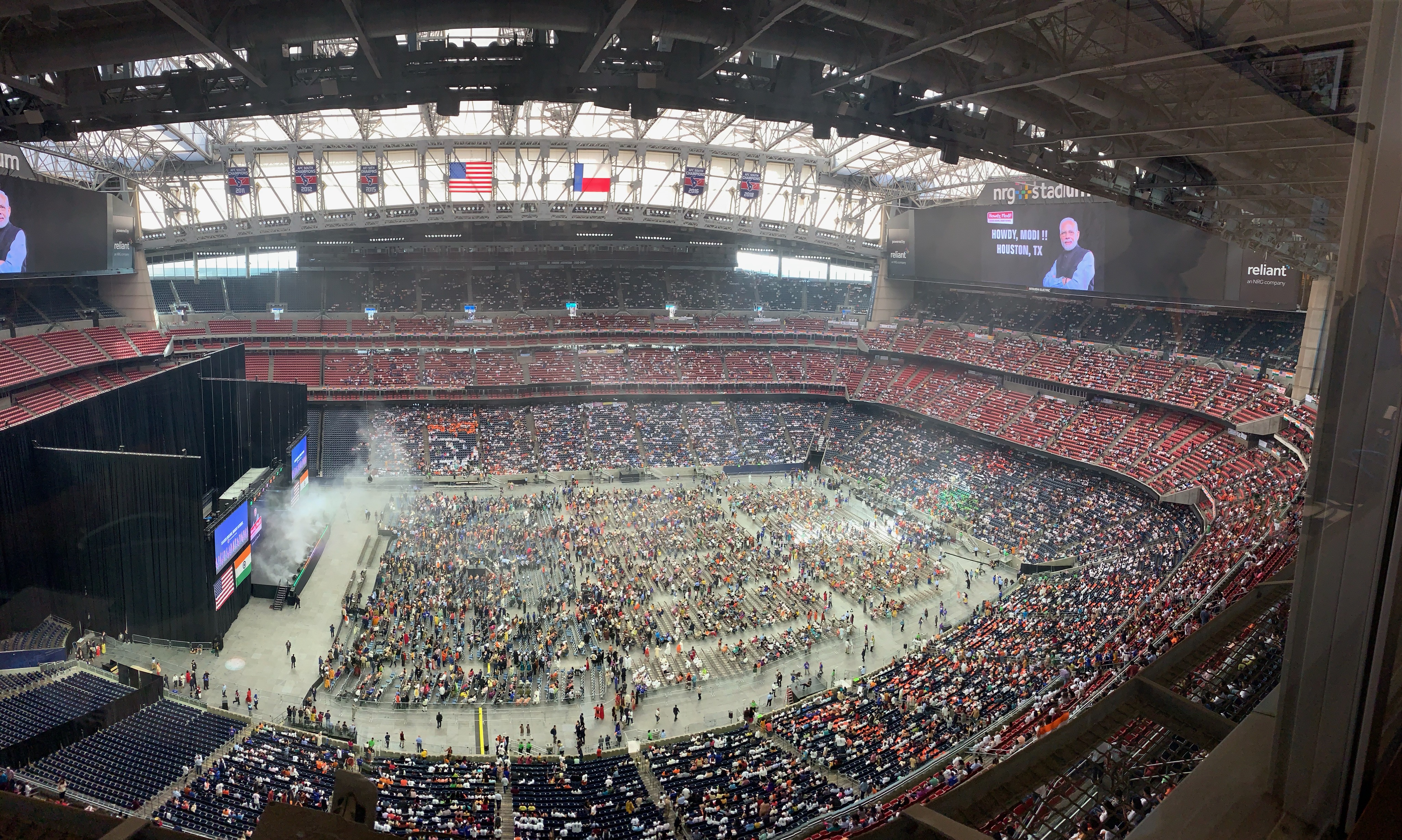 There was only one place where the two groups looked directly at each other. As the alleged 50,000 attendees of Prime Minister Narendra Modi’s Howdy Modi! event exited the NRG Stadium in Houston, Texas and crossed a bridge to the parking lot, some wearing saffron, the color of the Bharatiya Janata Party (BJP), they caught a glimpse of the remaining 400-odd protestors in bright yellow and blue, displaying “Free Kashmir” signs, chanting “Modi go home,” Modi get lost,” and “Modi is a terrorist.”

Many attendees pressed their faces against the glass of the bridge, squinting and zooming their phone cameras to get better views of the protestors. Children stared quizzically. Eventually, they all left.

“We should have planned it so it would have been a little later,” said Shama Haque (name changed), a protestor who arrived at 6:00 am, when the doors for Howdy Modi! opened. Some said the protests had 5,000 people at their peak. “I feel like some people didn’t get to see us.” Timing wasn’t the only issue. Some protestors surmised that they were intentionally kept apart from attendees. Closed gates kept protestors a 15-minute walk from the NRG Stadium — and the sweltering Houston afternoon sun didn’t help. As Modi and U.S. President Donald Trump aggrandized each other on stage, the crowd sat, caught in a mesmer.

Howdy Modi! was a big Hindu bubble. Its alleged 50,000 attendees — alleged because there were many empty seats — left high on the fervor of Modi, with little room for narratives that opposed the vision for which the Prime Minister stands.

The event kicked off at 10:00 am with a long list of performances — Bengali folk